I sometimes try to imagine what this countdown series would have been like had I only filled it with Vocal Virtuosity moments. Then again, every song, video or the like shared here throughout this entire countdown has actually been that kind of moment. Early on in one of the blog posts here, I labeled G.O a virtuoso at his craft. And initially when the word synced up in my mind to describe G.O, it was because of his music. But as it turns out, a virtuoso can also be someone who is skilled in any artistic pursuit. And although music may be the auto default for G.O (for good reason), I think it can apply to him across many of his artistic endeavors. For the purpose of this countdown series however, I chose to single out his virtuosity as a vocalist. Today I want to fall into G.O’s incredibly smooth and sensual vocal stylings as captured in the opening track of Ty Project No. 1, Intro, because it is exactly what some of us can use right now to soothe our souls, and heat up these cold winter days.

END_OF_DOCUMENT_TOKEN_TO_BE_REPLACED Ever since acquainting myself with G.O and learning a little bit about his artistic journey, I have been on a quest to find as many copies of Tykeys’ Ty Project No. 1, literally the first full studio album he recorded (to my knowledge any way). When I find a copy, I buy it. This past week, I found another copy so that always seems to ignite my desire to revisit Tykeys’ performances and it occurred to me that 연상연하 [Old & Young], one of the two singles released from the album was a perfect candidate for a Vocal Virtuosity moment. Specifically, the live performance from the Tykeys showcase way back in February or March 2007. The studio version is great. But my favorite live version, vocally speaking, is the showcase performance. END_OF_DOCUMENT_TOKEN_TO_BE_REPLACED 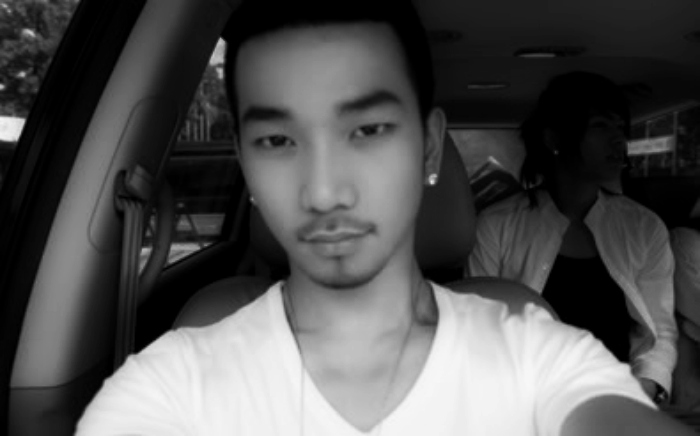 I am sorry but lately Tykeys have commandeered my playlists and when that happens, I invariably want to share the greatness of G.O’s work. Even though I recently shared an I’m Sorry clip, I am traveling down that road once more here today as there can never be too much vocal virtuosity in an eight day span. I think G.O’s recent (and nostalgic) update where he posted a picture of himself from his Tykeys’ days has triggered my desire to revisit the memories and the music. Today a short clip of I’m Sorry (yes, again) from Tykey’s visit to the SBS Power FM Cultwo Show back on 2 August 2007.

END_OF_DOCUMENT_TOKEN_TO_BE_REPLACED While it is true that G.O has had a lot of experience being the younger brother, much of that experience comes from being the younger brother of two older sisters. Outside of perhaps his peers and well, yes of course, his brother-in-law, he has not been the younger brother to an older brother. And before you Seungholics start screaming that indeed G.O has been and is a younger brother, I will say that I see your point; but really guys, Seung Ho is only three weeks to-the-day older than G.O. I think those two perhaps view themselves on more of an equal playing field. Nevertheless, I believe with all of my heart that G.O views Seung Ho as a brother (and an older one at that) not only in the colleague/peer sense, but in a family sense. Where am I going with this you might ask? Well, since I have been showing Tykeys quite a bit of love as of late, I wanted to touch on an early younger/older brother experience. G.O was Tykeys’ maknae after all and Kim Hyun Jung indeed his hyung. When I look at early pictures of the two, as well as their overall dynamic, I am convinced G.O endeared Hyun Jung as a more than just a band mate, he was indeed family and yes, an older brother. END_OF_DOCUMENT_TOKEN_TO_BE_REPLACED Just tell me how . . . how I can rid my heart of this pain? Just tell me how, how did I not see the love right here in front of me? Just tell me how, how it is that I have only seen you as a friend? Just tell me how, how is it that I love you now? This seems to be the running theme of Tykeys’ gospel-infused R&B song, 말해버려 [Just Tell Me], one of my absolute favorite cuts on the incredibly rich and neo-soulifric Ty Project No. 1. Every song on this wonderful album that features G.O’s expressive and impassioned vocals is a Vocal Virtuosity moment and I am thrilled to have the time to expose all of them before he concludes his military service.

END_OF_DOCUMENT_TOKEN_TO_BE_REPLACED I know that MBLAQ’s heart-wrenching break up song 녹 [Rust] is an absolute group effort but I cannot help but single out G.O’s haunting vocals in the unplugged version that was the closing song on the group’s last recorded album as a five-man group, Winter. The level of sorrow heard in his voice is palatable. Admittedly, I could not listen to the song for a long time. I found it to be extremely telling with regard to circumstances the group was facing at the time the album was released. For me, there will always be sadness connected to Rust, but I cannot deny the absolute beauty of G.O’s voice which among the five, carries the most honesty in interpreting the heartache of a break up. I am biased indeed – but if you listen closely, you will hear it as well, and agree. In all of its sadness, it is another amazing G.O Vocal Virtuosity moment.

END_OF_DOCUMENT_TOKEN_TO_BE_REPLACED

It is difficult getting back into the groove and routine of my every day life since returning from Seoul. Keeping up with my countdown posts however seems to be flowing ok. At least one thing is staying consistent. For some reason (probably because I have the heart of a five-year old child), I am really looking forward to hitting Day 400. Milestones. You know how I feel about those.~^^ Even though there will be over 300 days remaining at that point, I still find myself full of excitement as we get closer to discharge. Likewise, every moment I get to sit down and write about this amazing young man makes me happy. Today (as you can see) is a One Shot day. It is also time for a one shot .gif. Lately, I have been longing for Mirror ~ the song, performances, just anything Mirror-related. To quench a little bit of that thirst, I will share a few short G.O .gifs from one of the many performances of MBLAQ’s exquisite and haunting title song.

END_OF_DOCUMENT_TOKEN_TO_BE_REPLACED Late summer, early autumn 2014 had MBLAQ doing a bit of a concert crawl of sorts around South Korea which was amazing for their A+. From the end of August until the beginning of October, they graced many stages. However, it was during this time that things began to unravel for the group leading of course to the Curtain Call shows and ultimate reorganization of the group. But I don’t want to rehash those difficult times again. I do, however, wish to share a compilation fan cam of our endearing main vocal in the throes of 남자답게 [Be A Man] over the course of August – October 2014 as it is Fan-Camming Friday.

END_OF_DOCUMENT_TOKEN_TO_BE_REPLACED I am sure all A+ can agree that MBLAQ’s gentle pop song homage to their fans, You’re My + is one of their best, and for various reasons. For me, it is one of those MBLAQ songs where I can hear an audible smile, as it were, in G.O’s voice while he sings. Moreover, in this song, G.O gets plenty of sing time and when that happens, I always rank it among my favorite group songs. You’re My + is a good choice then to place it firmly in the Vocal Virtuosity category. Yes. And even though I am certain they have performed the song live often, I am choosing a particularly poignant live performance to showcase it: the first stage as a trio at Omiya back in June 2015.

END_OF_DOCUMENT_TOKEN_TO_BE_REPLACED And with a long and satisfying sigh . . . I can officially say that G.O has completed one full year of his two year military obligation and that he has exactly 365 days remaining. It has been an absolute honor celebrating this incredible young man every day since he entered training camp back on 18 February 2016. In its own little way, each day has almost been like a prayer of gratitude for me. Each day a small way to be thankful that G.O has shared his artistry, his kindness, his charm and his own humble graciousness so very generously with all of us. For today’s very meaningful celebration, I just want to share a little bit of G.O’s angelic presence from MNet’s July 2011 Wide Open Studio on this celebratory Fan-Camming Friday day.