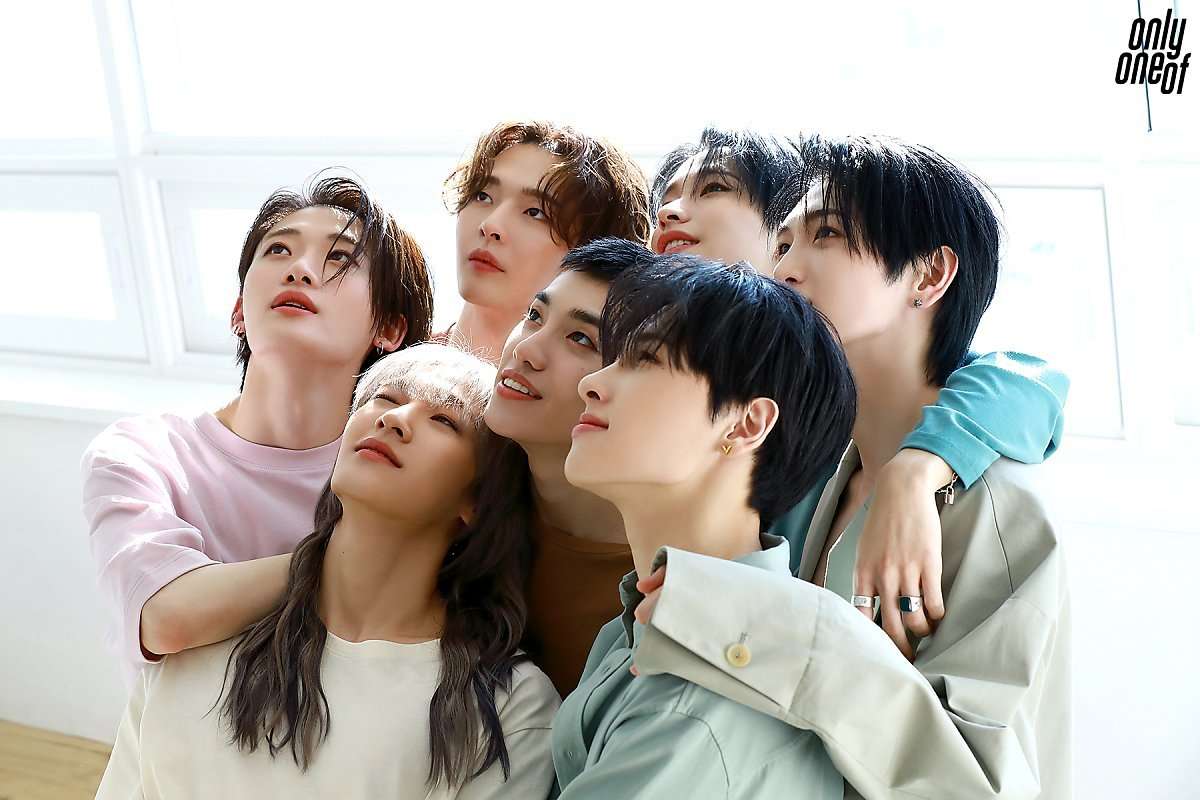 So yeah, I have kind of been on a hiatus of sorts I guess. Taking care of family medical situations, navigating the slow return to an upcoming ‘office centric work environment’ and of course, the ever-annoying (mental and spiritual) journey through what seems to be an endless pandemic. Also, been struggling to find my writing mojo. It happens. Amid and in spite of all of that, I have managed to vacation a bit in the after hours vortex of OnlyOneOf. Mind you, this is not an illicit place. No, not at all. It is more of a mature place for mature tastes. And while I can easily choose any one of the incredible tracks that has a corresponding MV from OnlyOneOf’s fantastic discography to share, promote, and essentially gush over, I am opting to go for one that is not even their own. But, that does not mean they don’t own it. Come check out the group’s erogenous cover of Oh My Girl’s Dolphin and have a taste of OnlyOneOf’s special flavor. 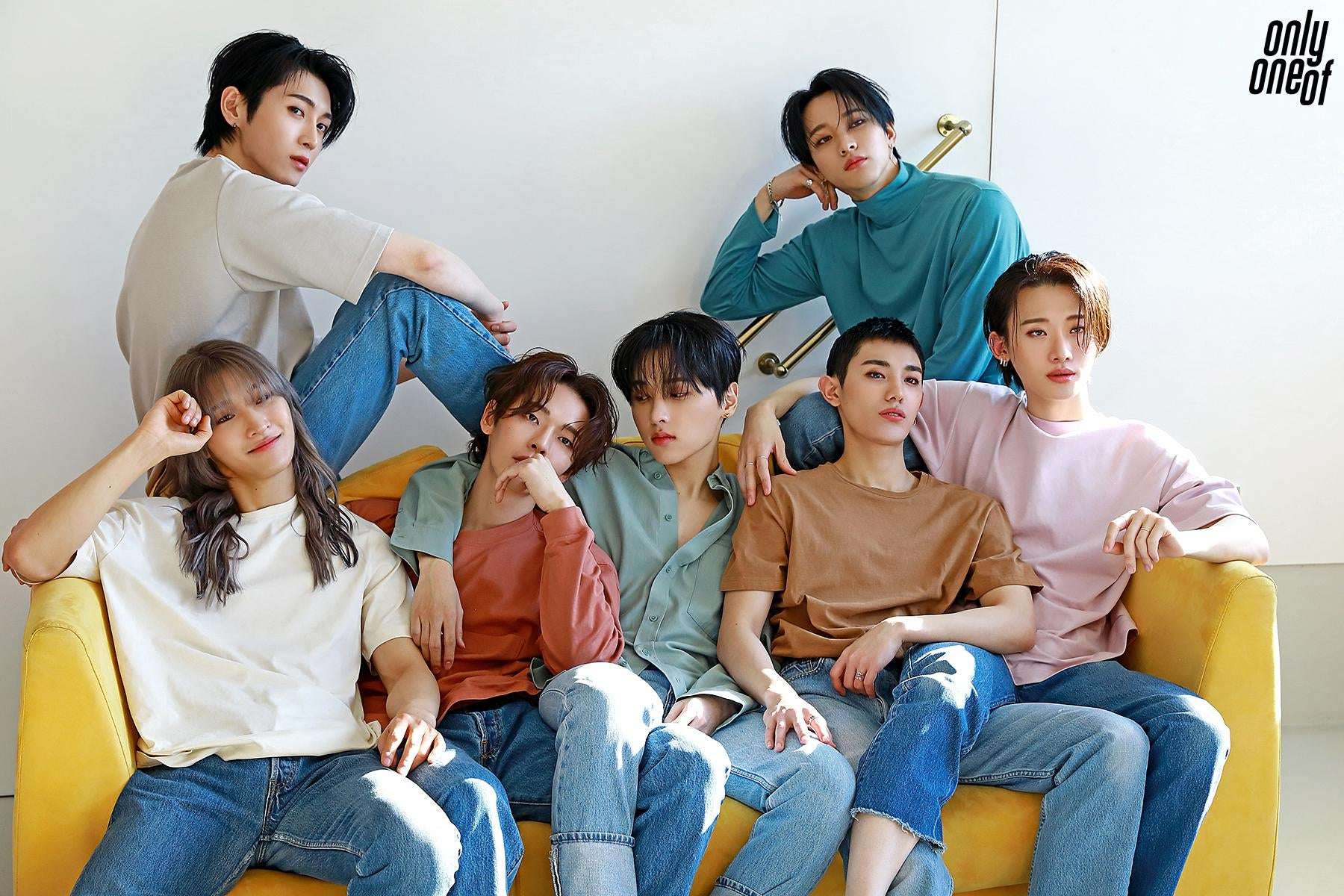 If OnlyOneOf has been on the periphery for some of you because you have been unable to determine how they fit into your K-pop realm, or even K-pop in general, that is all the more reason to give them a look and listen. They are different and in that difference lies their appeal. Well, at least for me anyway. 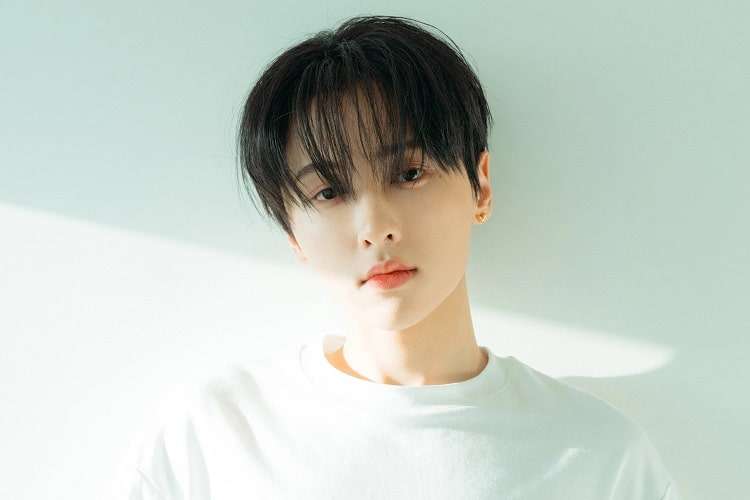 OnlyOneOf has been on my radar for some time now and really climbed up my personal stan list with their last comeback, instinct, which was released in April of this year. For me, the provocative and controversial title track, libidO, mesmerized and hypnotized while for others seemed to, or may have, traumatized. But again, let me reiterate, the world of OnlyOneOf is definitely one geared towards those with mature tastes and open minds. In parsing through their discography, this has always been the case for this rookie-ish group. Being just a little past their two year debut, I still consider OnlyOneOf rookies although there is nothing in the way they present themselves, and perform that suggests so. They are simply that cohesive, mature, and confident. 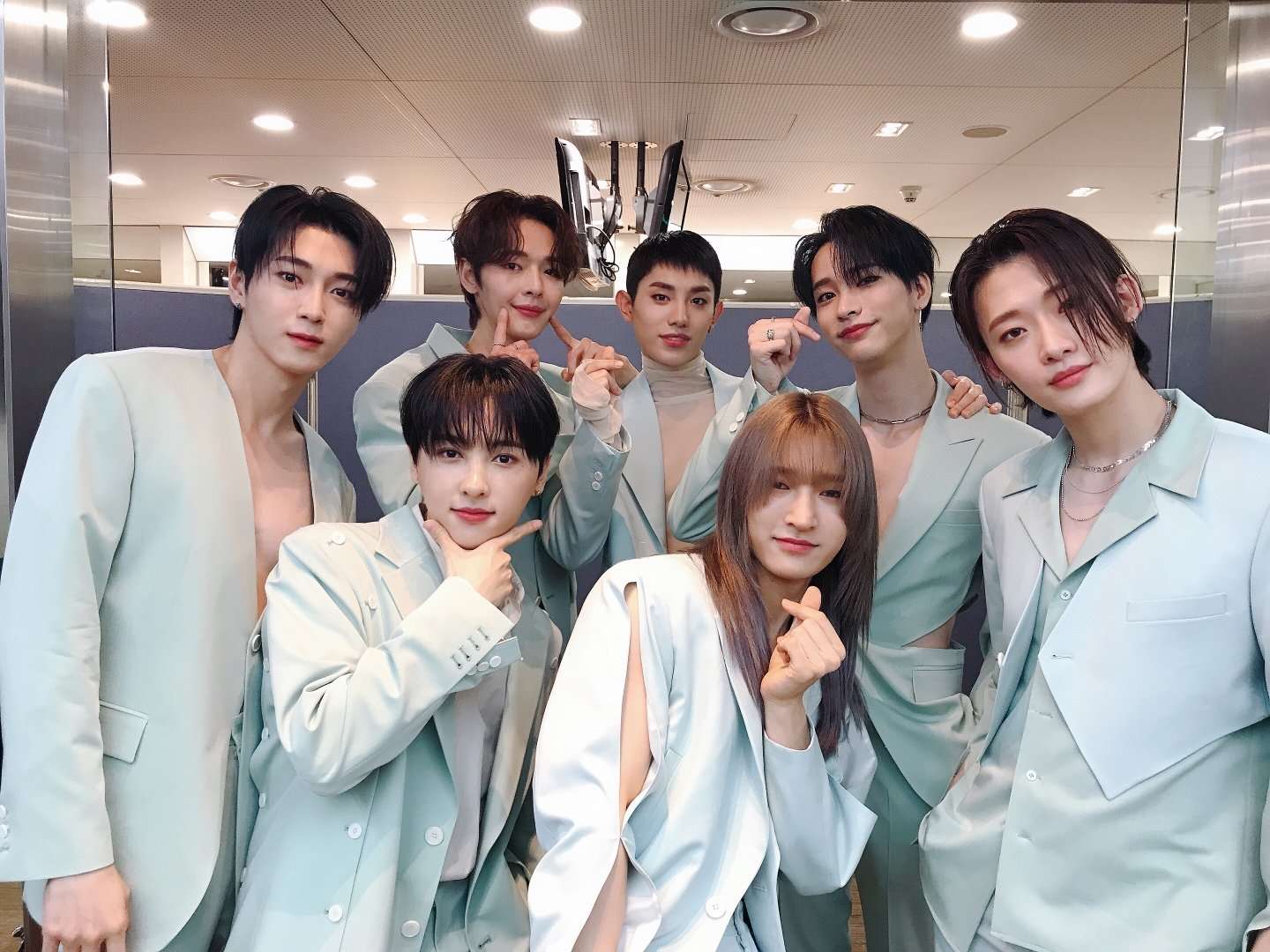 It was hardly a surprise then when the group R&B-ed the tempo of Oh My Girl’s sugar sweet Dolphin to essentially match the entendre of the otherwise seemingly innocent song. From playful to seductive, the OnlyOneOf crew not only covered the song musically, they added their own choreography as well. And just a sidenote here because I think it is worth mentioning, the group designs and choreographs everything themselves. Can you name any other rookie group that has been given such artistic freedom from the onset?

Impressive to say the least.

Oh, that effortless flow. The unrestrained lithe movement. The seductive vocals. It’s like a trance really and I cannot help but be caught and duly trapped in the OnlyOneOf lair. The group has covered a few songs from other artists, always producing an interesting rework of the song that is distinctively OnlyOneOf.

I know that OOO may not be your cup of tea; for me however, they are the entire pot. I find myself waiting with eager anticipation for all of their future projects. Recently, they released a 3-track mini album, Produced by [myself]. The group was divided into three teams (Team Only, Team One and Team Of) and given the opportunity to write and produce their own songs. Again, what rookie group is given this kind of artistic freedom and encouragement? Perhaps this will continue to become the new norm for up and coming groups who wish to write, compose, produce and, as in OnlyOneOf’s case, choreograph their own songs. In a world of what can feel like a factory, that kind of belief, encouragement, and nurturing could certainly have an amazing affect on the creativity, health, well-being and overall psyche of an idol, don’t you think? 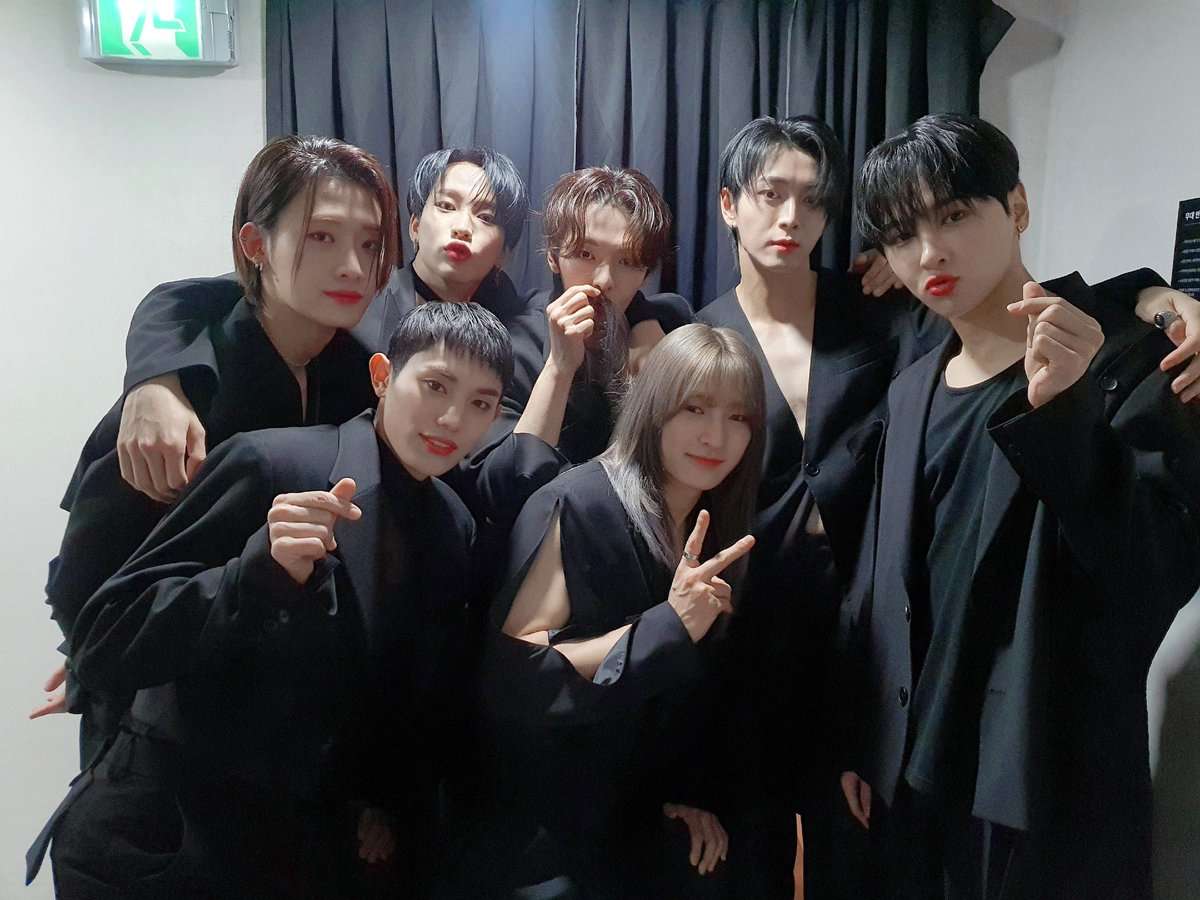 Before I go, a little fangirl nonsense. Indulge me for a moment, if you will. I mentioned above that lead vocalist/lead dancer Rie, is my OnlyOneOf bias. I find his quiet and gentle demeanor very pleasing while at the same time get flustered by his charisma and soulful eyes. Of course, the universe saw fit to have him choose me. You see, Rie shares a birthday with my first ever Kpop group bias, G.O of MBLAQ. Indeed, both are Scorpios born on November 6. But, not only that. The universe took it one step further to seal this bias deal. Rie, like G.O, is also left-handed.

It was kind of unavoidable, right? Bias confirmed and accepted.🥰 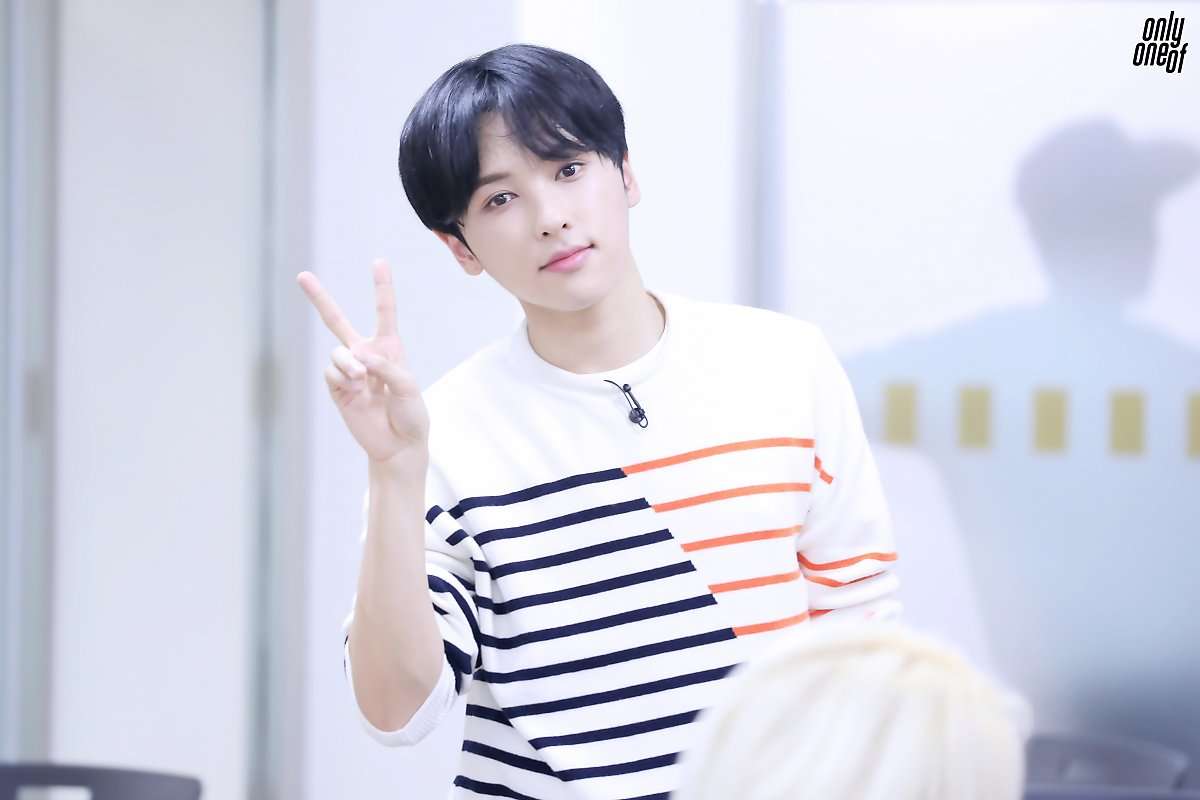 Check out Produced by [myself] here (oh, and I am a little partial to cOy because that was Team Only’s offering and well…Rie was part of that team.🤷🏻‍♀️) That said, all three songs are great and wonderful precursors to what the seven of them will hopefully continue to produce in the future: