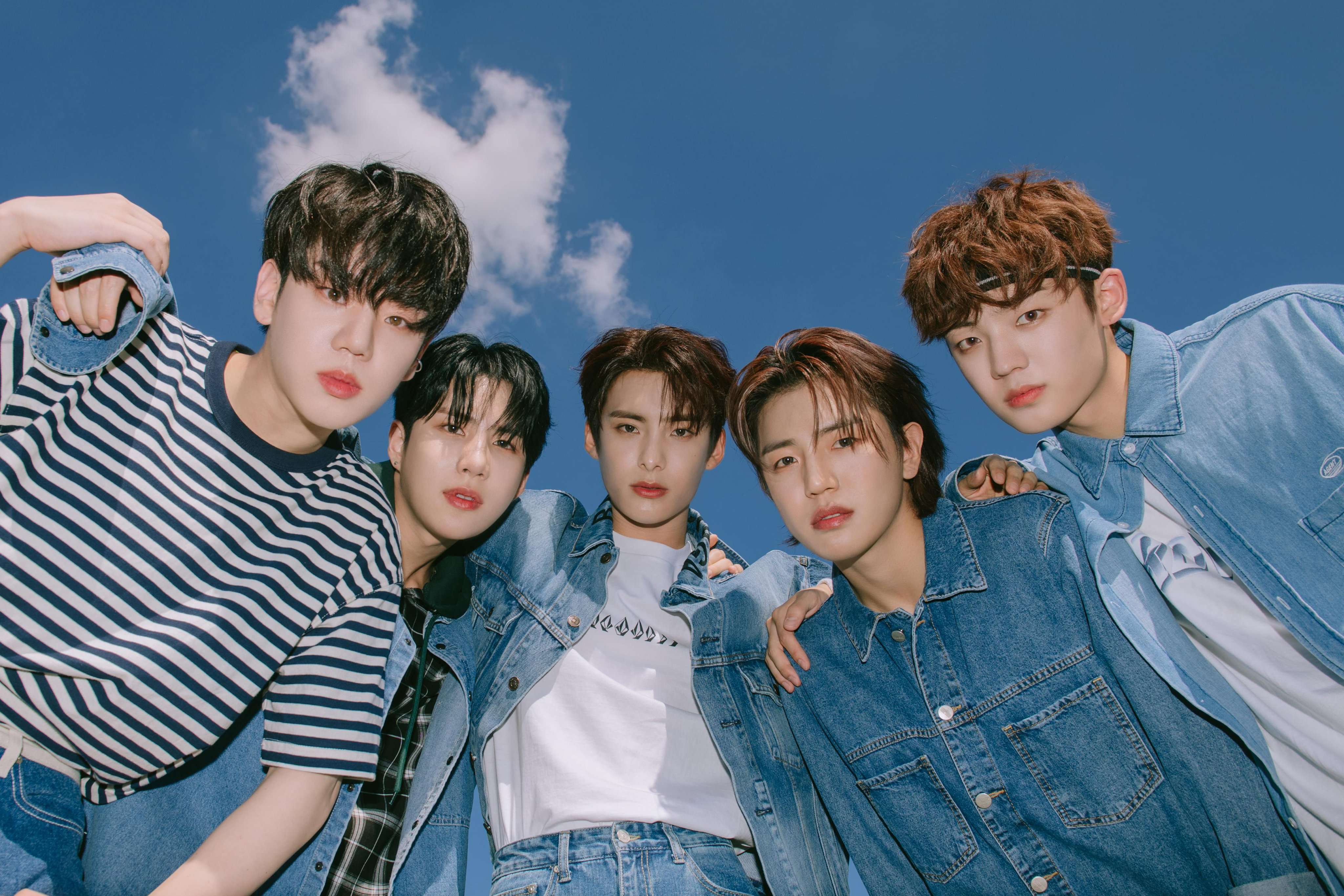 As I sit and contemplate the reality of 2/5 of A.C.E heading off to the military this month (Wow went in on the 10th, and Donghun will go on the 23rd), I also find myself perplexed over how this talented lot is not more of a global sensation. Then I pause and realize that I must be part of an extremely exclusive club of impeccable taste and sensibility. Ha! I know there are many of you out there who feel similarly about your respective groups that fall on the lesser known and under appreciated spectrum. And it is perfectly okay. In fact, I don’t know about you, but I rather love being part of a small fandom. I feel as if I am in on a secret. And being a Choice, well that just feels like family. Especially when the guys repeatedly include songs that uplift and comfort. A.C.E has found this incredible balance in their title tracks over years: sometimes explosive, sometimes refreshing and light. In the title track, Changer, from their latest repackaged release, Changer : Dear Eris, we get refreshing, light AND comforting which is EXACTLY what we need as we send Wow and Donghun off to the military. 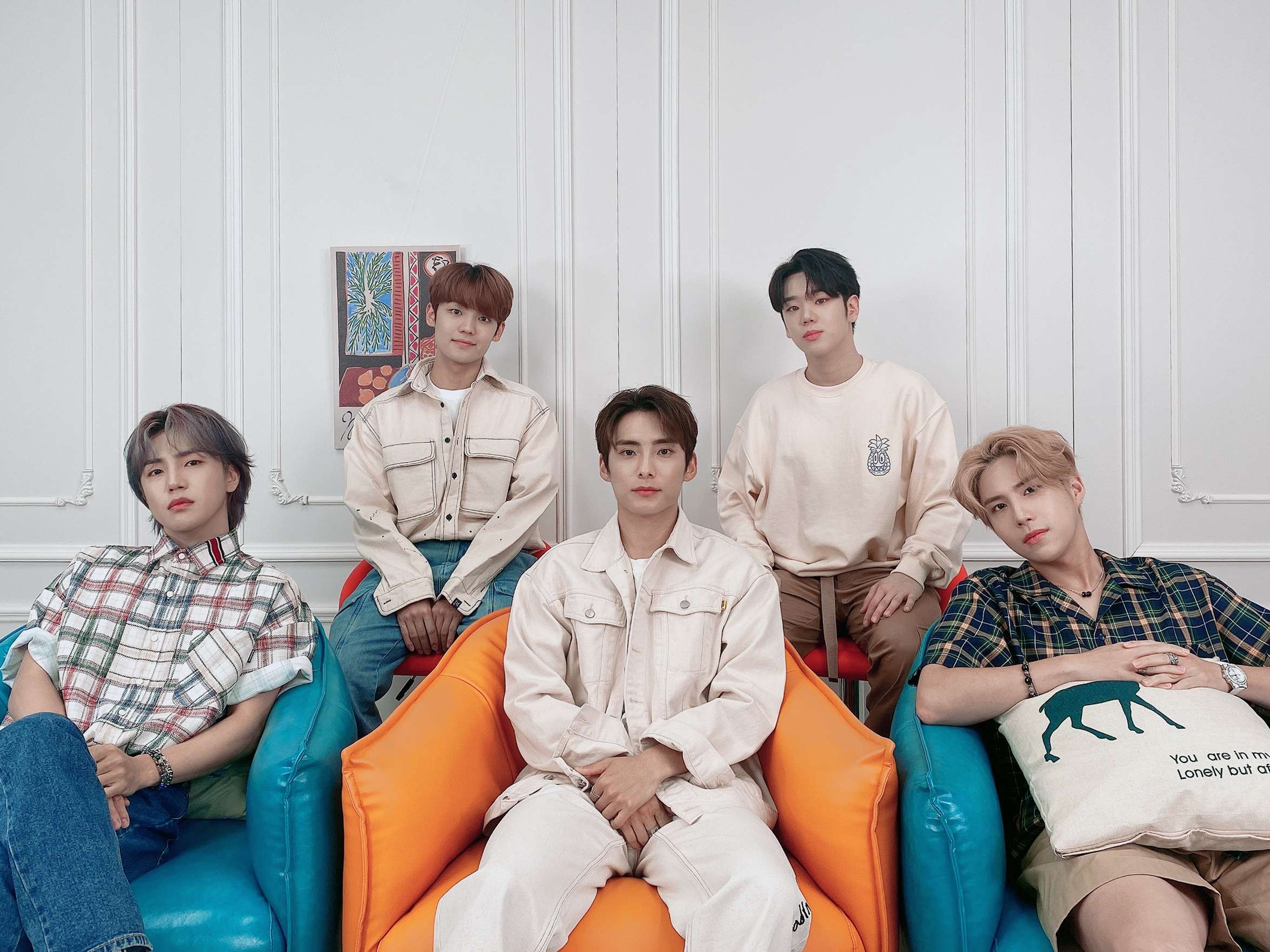 With both Winner and GOT7 seemingly on hiatus from basically being Winner and GOT7, I kind of lost my K-pop anchors. Oh sure I have been listening to a variety of groups; but, when I loosened the mono-focus I had with MBLAQ, Winner and GOT7 became a sort of dual focus as it were. I fell for both fast and hard and they were the two groups that I saw live on stage multiple times. Prior to that, MBLAQ was the only K-pop group I had ever experienced live. Yeah, that was November 2014 after news of both Joon and Thunder were leaving the group so although it was great to see them, there was an underlying sadness and uncertainty as to what would happen next. The three remaining members tried to move forward but it seems that once they each went off to do their military service, their lives respectively moved away from idol life and K-pop in general. I was in crisis mode to be honest and needed a safety net. Winner and GOT7 provided that and it was wonderful. But now….here I am again faced with uncertainty as to what will happen next for each as a group.

And then there was A.C.E. I have to say, 2019 was a good year indeed. I discovered A.C.E that same year and got to see them live on stage. They also ended up being my third K-pop hi touch of the year (Pentagon in September, GOT7 in October, A.C.E in December). My fangirl heart was full, seriously. Just as everything started to go COVID crazy in 2020, Winner had a sentimental comeback with Remember and then sent Jinu and Hoon off to the army. Boom…first of my new faves to go on hiatus. Then, in January 2021, GOT7 announces they will not renew their contract with JYP Entertainment and will take some time to pursue individual activities. And, boom again. Now both of my stronghold groups were on hiatus. Well, I still had A.C.E, or so I thought.🥺 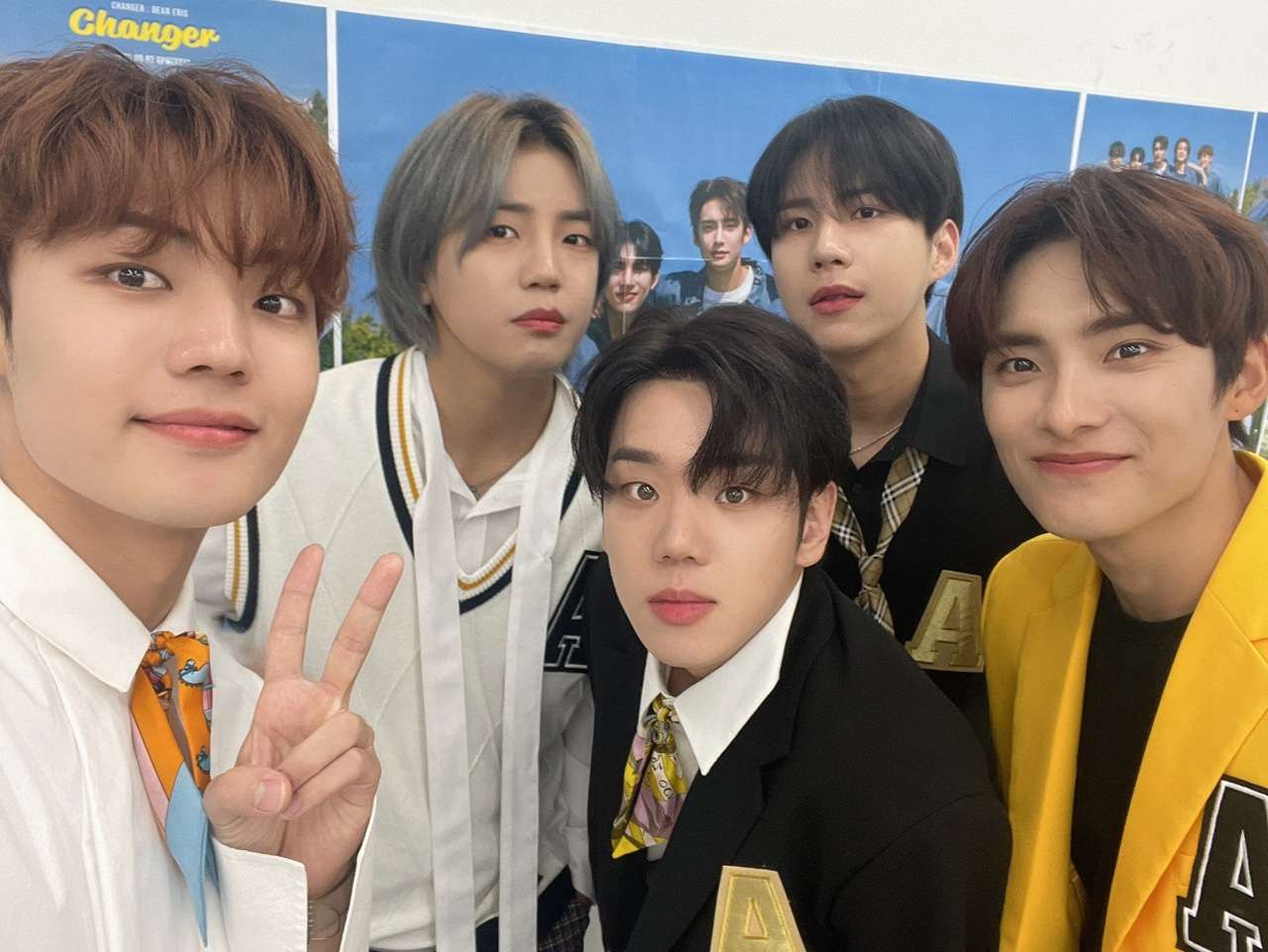 Now while I can say that all of the groups I have stanned over the years have pretty much been the best decisions I have ever made during my time as a K-pop fan, no truer are those words when it comes to A.C.E. They are just legit TOP SHELF. So they came back with Siren:Dawn, their 4th mini album just this past June. It proved to be one of my absolute favorite A.C.E releases. Two short months later news of another comeback was swirling about social media. Wait, what? There will be MORE? Well . . . truth be told, it was not planned. You see, they decided to put together a comeback after Wow and Donghun received their call to duty. The quickest and easiest way to do that would be a repackage which offered something new in addition to a couple of reworks of previously released songs. Changer : Dear Eris would be a parting gift to their beloved Choice. Something to hold onto while they wait for the military men to return as civilians. And, they did it with something upbeat and filled with promise and in true A.C.E style, love. 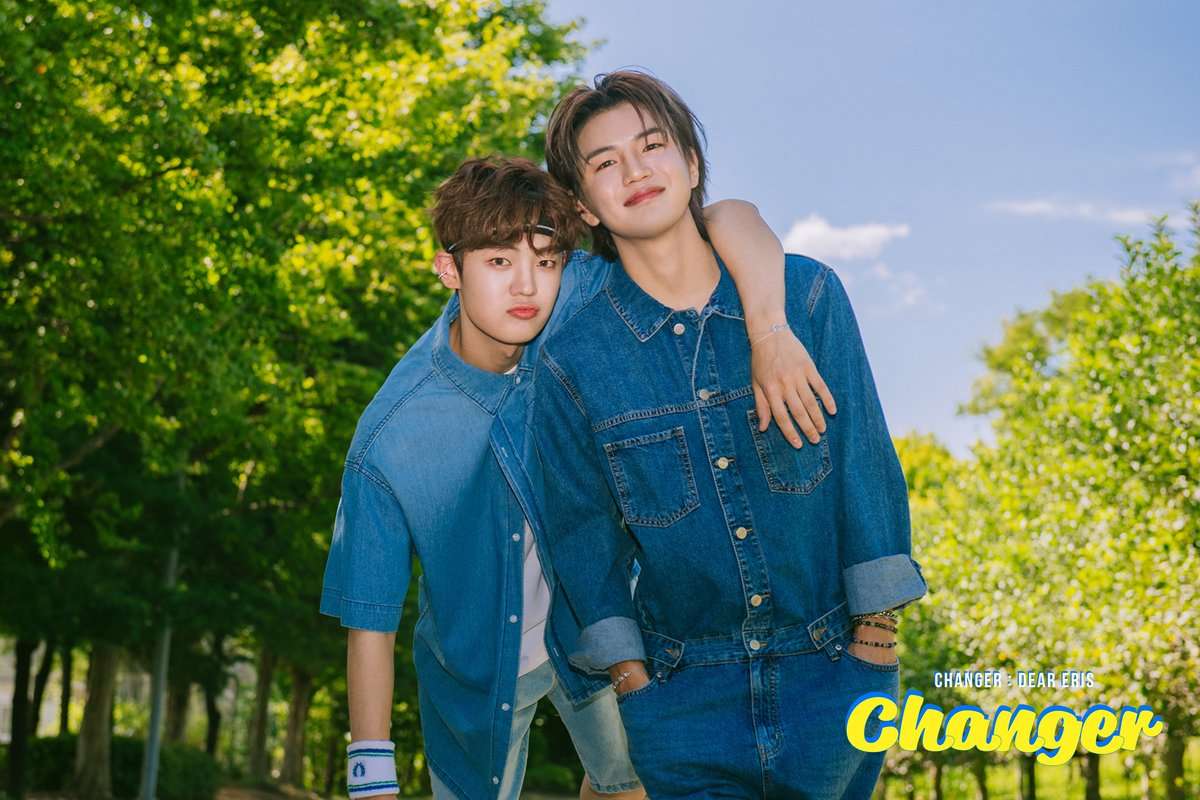 The song. Changer is a breath of fresh air. Summery, fun and playful, it is the perfect antidote to ease and calm an otherwise sad and anxious heart. And trust me, over these past 18+ months, my heart has been both sad and anxious. But music always has a way to navigate me through it and even though Changer comes with yet another hiatus, musically and lyrically it finds a way to push any sadness and anxiety to the wayside. Our favorite boys knew exactly what they were doing by releasing such a track. If two were heading off to the military, and in the SAME MONTH no less, they were going to do it with a smile and a promise that everything would be ok in light of the sudden yet expected change. I mean, there is indeed one inarguable constant in life: change. Why not then embrace it with courage, hope and happiness? A.C.E makes it easy to smile in the face of change with this track. They stand up to it bravely and tell their endearing Choice that it’s not so bad and that, even if it feels that way, they are there to protect us. I was not expecting a comeback so soon but love that they scrambled to make it happen right before Wow and Donghun left, and did it with such fervor and joy. 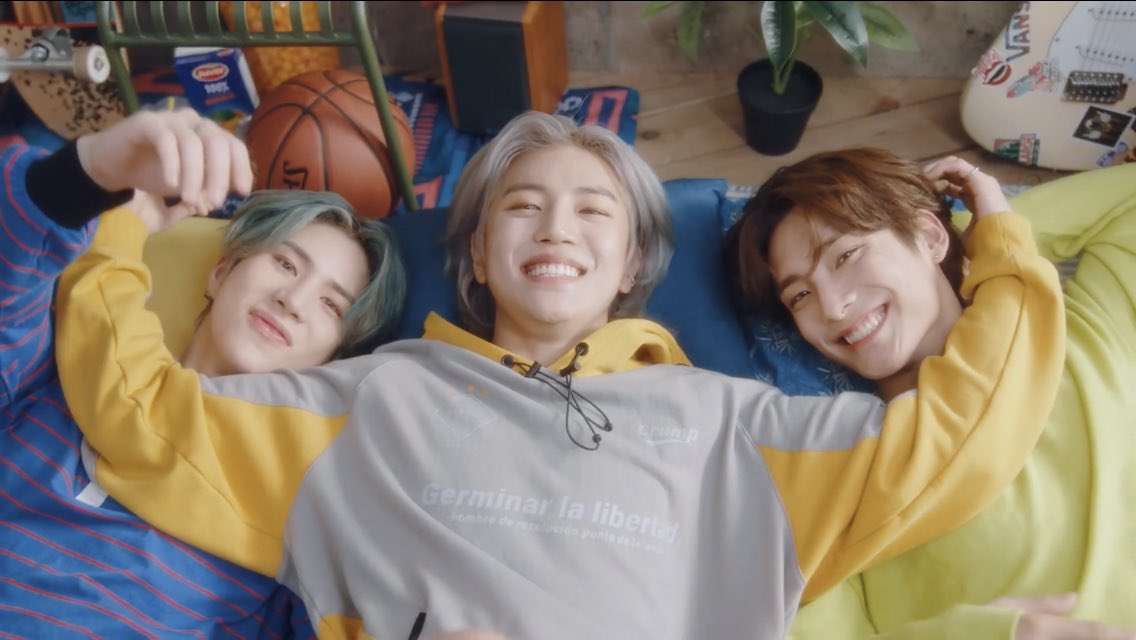 The MV. This is how I would imagine a day with A.C.E would be. No cares, no worries. Just hanging out with your five best friends. Doing nothing in particular but having fun nonetheless. Everything  is colorful, playful and fun, including the choreography. A.C.E always produces powerful choreography but here they peel back that intensity for something that is more whimsical and diverting. The added extra special ingredient in this MV is the use of actual tweets and messages sent from fans. You know, every group out there can say they love their fans, A.C.E is one of the few where I actually believe it.

Changer . . . love ya! Well, I have to admit, A.C.E makes change a little more palatable. Which leaves me to this final thought on the title of the album, Changer : Dear Eris. I had no idea the connotation behind this title until I read up on Eris. In Greek mythology, Eris is the goddess of strife and discord. Oh my. But, that strife and discord is not always as awful as the words themselves mean, at least not as it pertains to Eris. True she stirs up chaos and unrest; however, that chaos and unrest can produce something positive. That is, she can stir up a kinder strife, one that stirs even the most indolent to work and hasten to be better. Eris can inspire artists to build rhythms. She can encourage a kind of anarchy that can set one free. So, even if change happens as a product of some chaos and strife, it’s really not that awful and I think that is the message A.C.E was trying to convey to us. Yes, change is upon us right now…but it is not a dangerous one. As long as A.C.E have Choice and Choice have A.C.E, everything will be just fine. 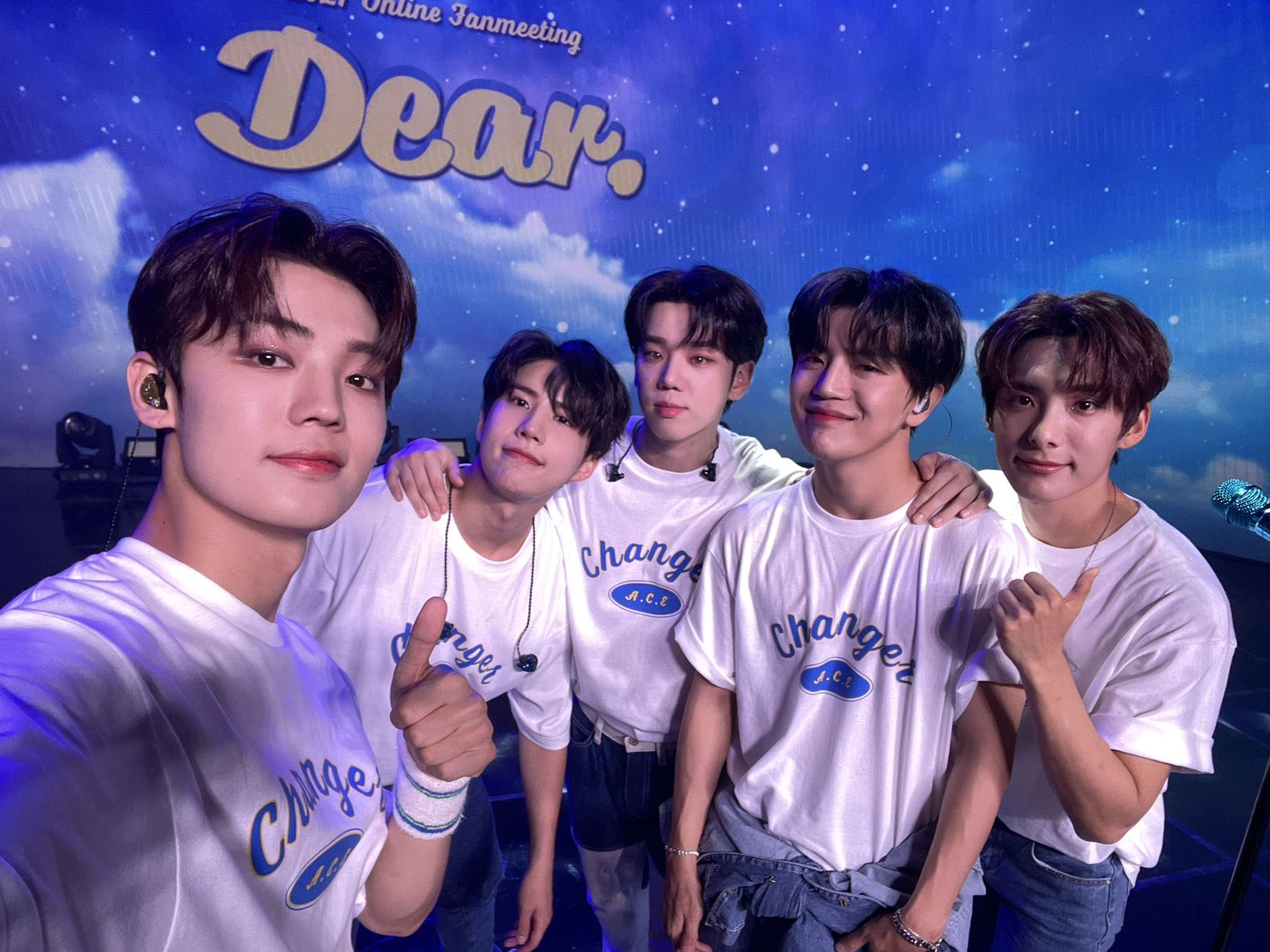