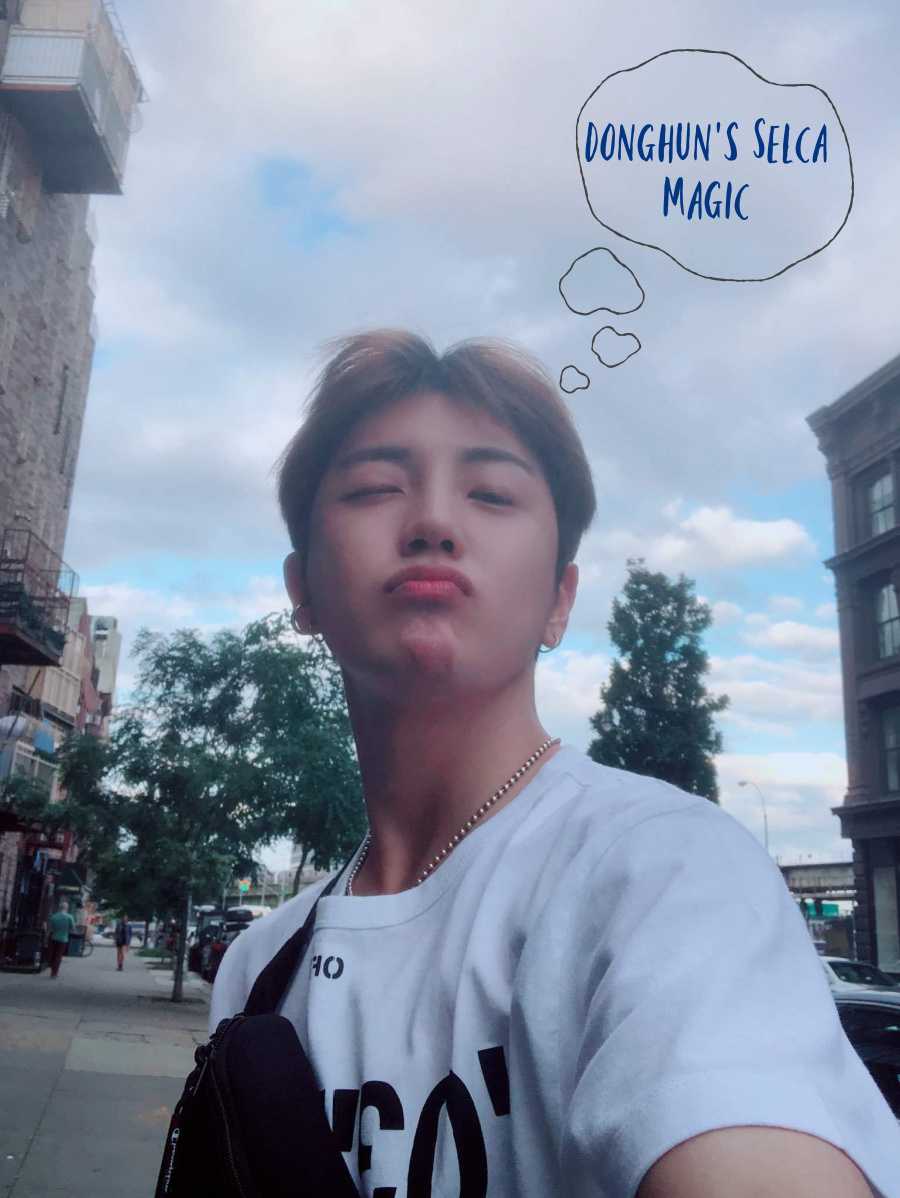 In Greek mythology, sirens were dangerous winged creatures that used their enchanting music and singing voices to lure sailors to shipwreck on the islands they inhabited. They were even know to charm the wind. Although throughout history, sirens were generally female, there were also male sirens. And I think that is the concept A.C.E chose when they released their 5th mini album, Siren:Dawn. Dangerous creatures who lure with their enchanting music and singing voices. Seems about right. For this 72nd day of Donghun’s military service, I offer a DH Selca Magic capture of the dangerous kind. Since sirens are inherently dangerous, why not let Donghun choose a little violence? 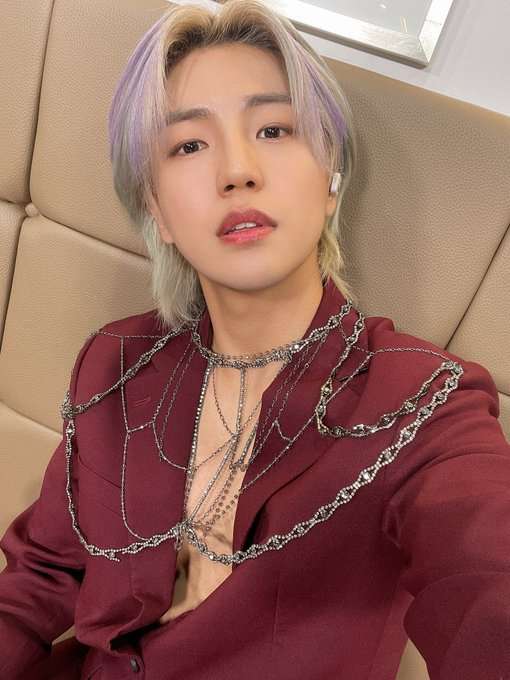 List how he sings in an undertone,
Chiming with our melody;
And all sweet sounds of earth and air
Melt into one low voice alone,
That murmurs over the weary sea,
And seems to sing from everywhere . . .
[Excerpt from The Sirens by James Russell Lowe]

Deadly dangerous Donghun. The long silver-lavender hair, the deep maroon of the jacket, the chains and no shirt. Now bring his beautiful voice into the mix and we have a bona fide 21st century siren. Indeed. I need to shore this up by adding the audio track, Atlantis, from the Siren:Dawn album because it fits with the entire theme of this post. Atlantis, the lost city beneath the Atlantic Ocean said to have been destroyed by Zeus. The sirens who destroy the lives of the sailors they lure. The song, a relationship destroyed by a toxic love.

Sirens may be dangerous but I think I can speak for all Choice when I say we would take the risk and follow A.C.E to wherever the lure would lead us.