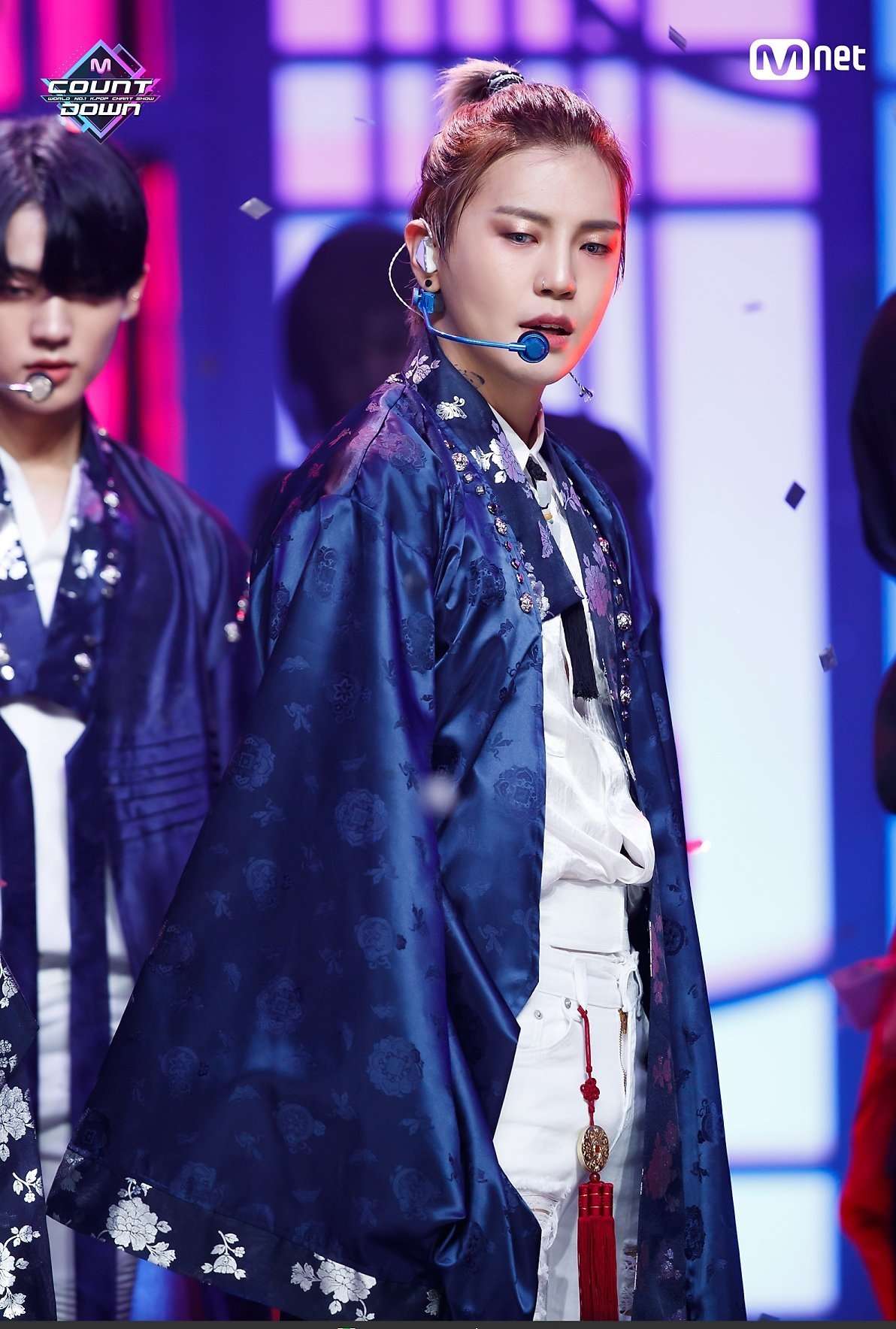 With 576 estimated days remaining in Donghun’s service, I can guarantee one thing for certain that will happen during this countdown and that is my never-ending praise for the glorious HJZM:The Butterfly Phantasy era and Donghun’s top knot. The richness in style, colors, and the blend of past with present fashion was an indelible sight to behold. Take for example my Hunnie Cam offering for today, a focused M Countdown cam of A.C.E’s September 3, 2020 performance of 도깨비 (Favorite Boys). 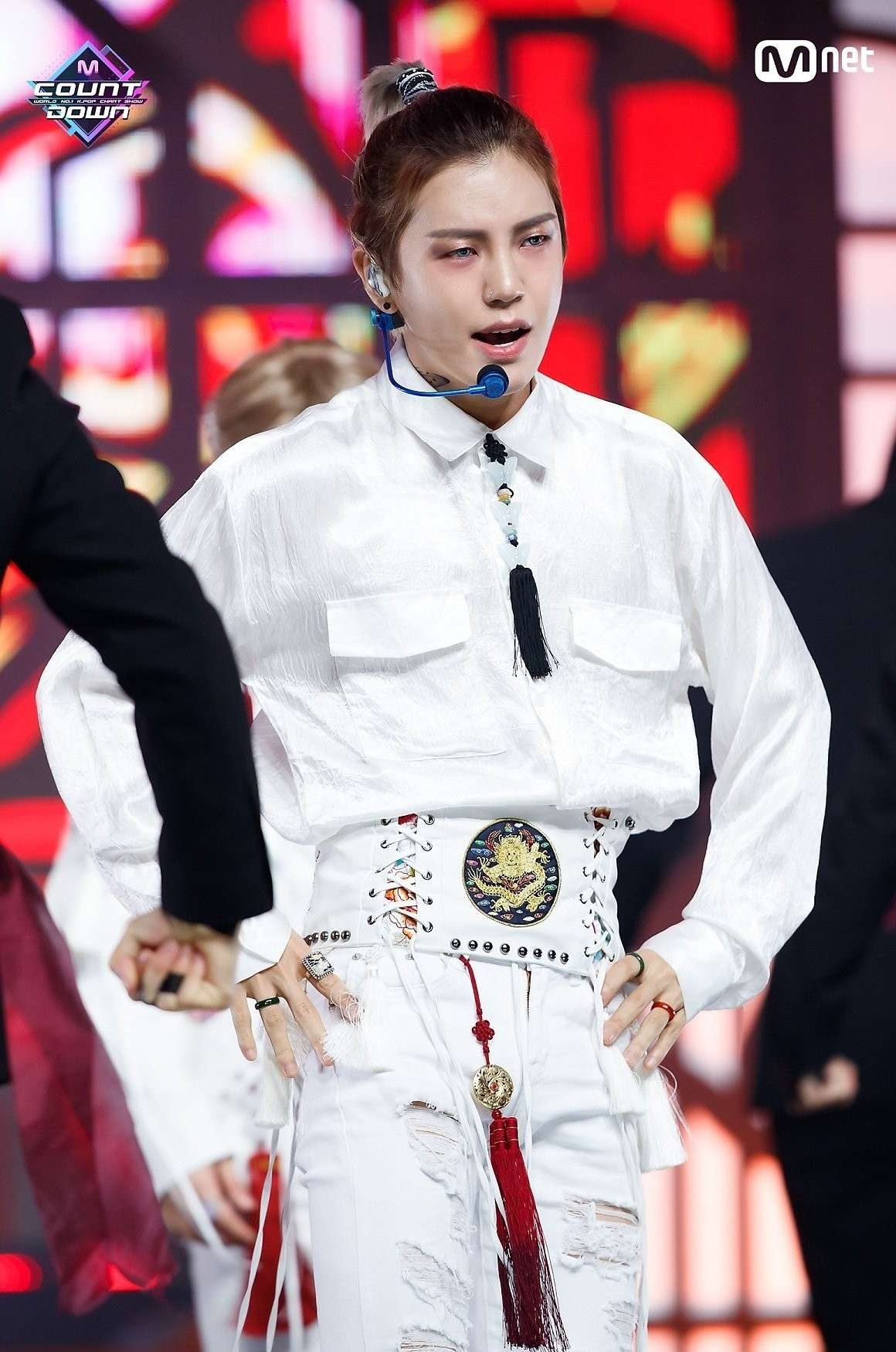 I think the clothing/style department over at Beat Interactive woke up on the morning of September 3, 2020 and asked the guys, ‘how much violence will you choose today?‘ and they simply answered, ‘Yes.’ There were many looks for the Favorite Boys stages, but this all white ensemble, particularly Donghun’s with the laced cummerbund, was perhaps my favorite. All five of them were a vision, and a lethal one at that. The final edit adding the long blue silk robes was the icing on the cake. But Donghun with his top knot and piercing blue contact lenses was especially deadly. M Countdown fan cams, although sincerely appreciated, proved to be all out assaults on the senses. Not that I’m complaining; however, during this particular era, I definitely had to steel myself to weather Mr. Lee’s attacks.

With the release of Favorite Boys, I became very interested in 도깨비 (Doekkaebi), the goblins of Korean mythology and folklore. The actual title of A.C.E’s song is 도깨비 and I wondered which type of goblin they were. The entire mythology is quite fascinating. 도깨비 are born of inanimate objects. So, unlike a ghost, they do not come into existence as a result of death. There are various kinds of 도깨비, the most common being the Cham who are mischievous goblins that like to play tricks on humans, the Gae who are evil and like to feed off of human misery, the Chonggak and Gaksi who are male and female goblins that have the ability to seduce humans, the Oenun who are traditionally cyclopses with gluttonous appetites, and the Oedari who are playful and like to take part in the sport of Korean wrestling known as Ssireum. 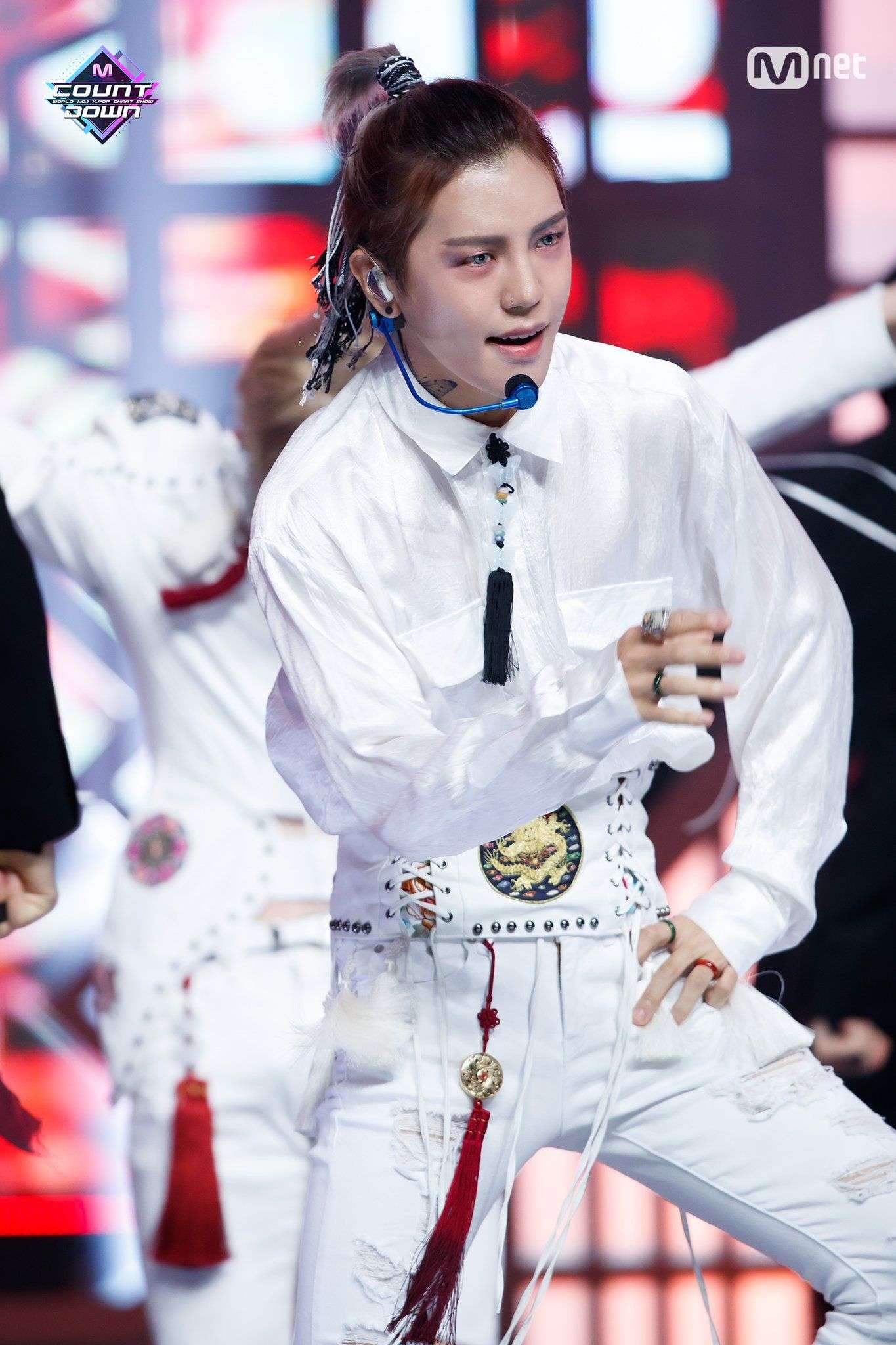 At first, I thought our five favorite boys were Cham Doekkaebi but the choreography for the song is very athletic and not playful. They are definitely not evil nor cycloptic. So, by process of elimination, I have come to the conclusion that Donghun and his goblin brothers are a blend of the Chonggak and Oedari Doekkaebi. 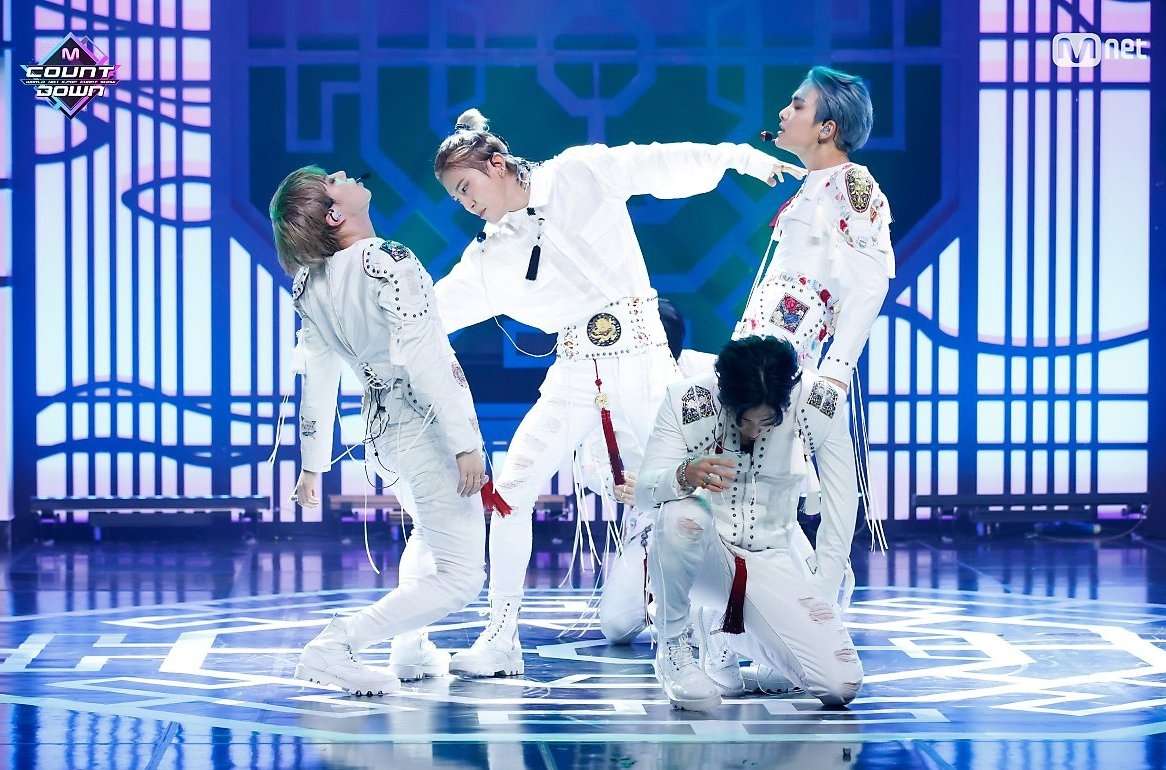 Oh yes, indeed. Seductive goblins who want to wrestle with our hearts, our minds and our souls. I think I just might be right on this one!

Here is the performance with all five goblins in their Chonggak/Oedari glory.