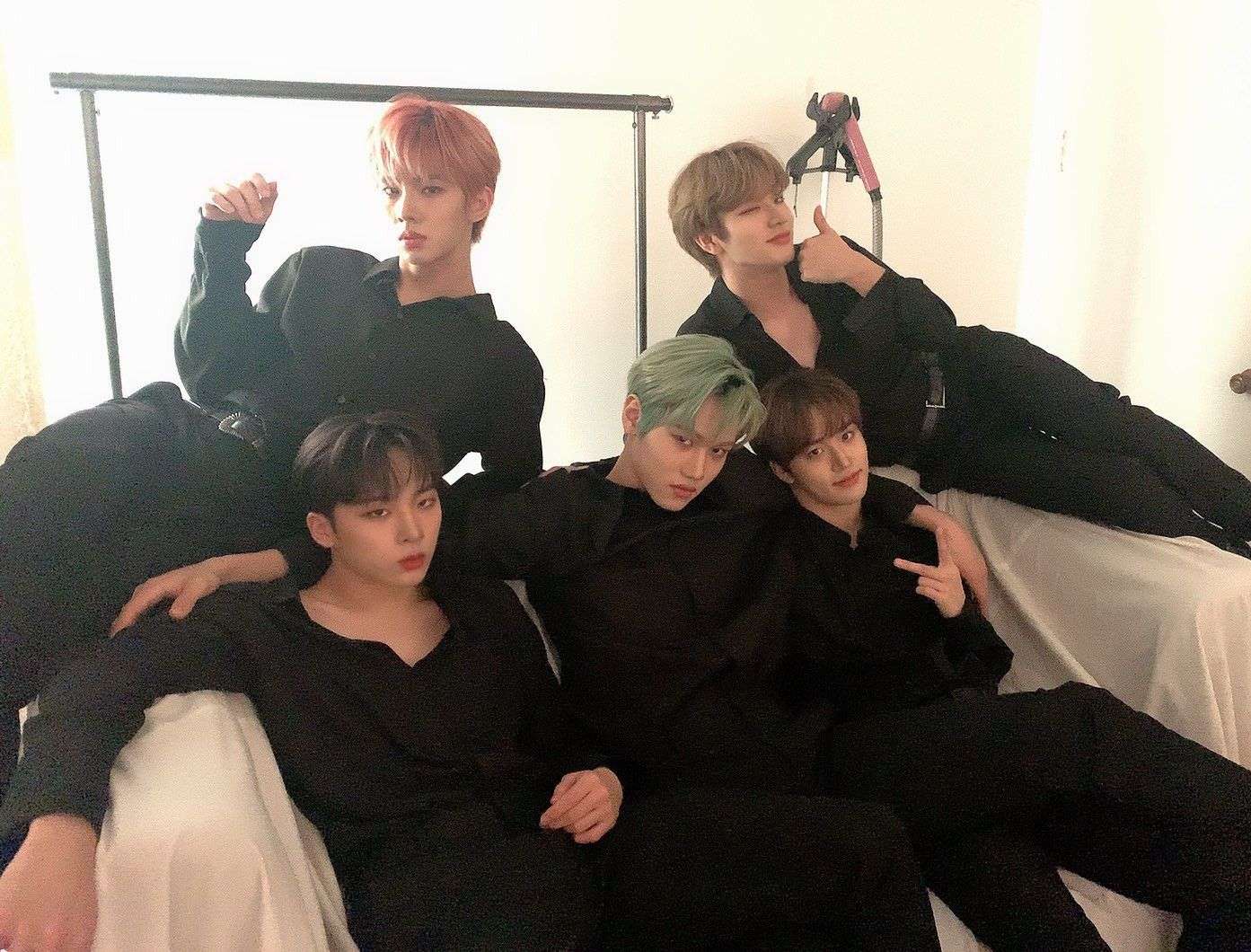 Okay, so here’s what happened. Back in late August there was a live streaming musical festival that featured Asian artists from all over the world. Known as The Joy Ruckus Club, this would be the 4th annual festival of its kind, and as we were still in the midst of COVID (and unfortunately still are), the fest would take place online. Artists performed live sets from various locales including small venues with small audiences, to the artists’ own living rooms. It was a full ten day festival and was broadcast from places like New Zealand, Australia, Canada, the US, and of course, South Korea. Part of the festival included a K-pop segment called K-pop Superfest-New Beginnings. I bought a ticket and on August 28, 2021, I was officially introduced to MCND. 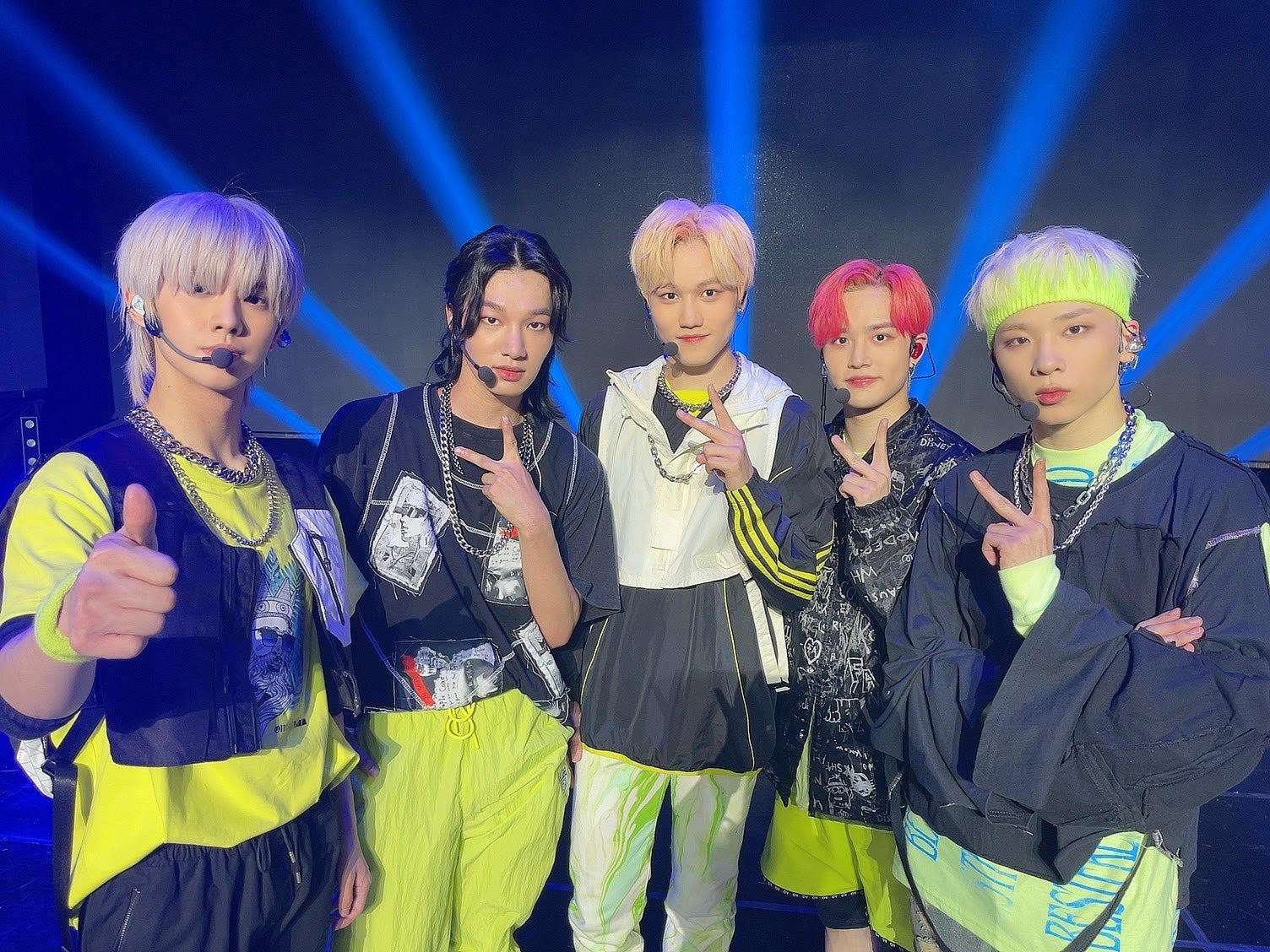 I bought that ticket because A.C.E was scheduled to perform. MCND was also scheduled, and actually performed their set right before A.C.E. So as fate would have it, our proverbial paths crossed. When I watched MCND perform, I was hooked. Actually, I was more than hooked, I was rather blown away and not just because of their performance. There was something about their camaraderie, their energy and how they vibed on stage. Even though they have completed their K-pop freshman year, and are still considered rookies, I would have never known that on my watch of the Joy Ruckus live performance. I suppose in many ways that is the best compliment a rookie group can receive. They felt like they had been together a long time and when they took the stage, felt like seasoned pros. Three of the five (Castle J, Minjae and Huijun joined their current agency in 2015…..2015!) So indeed, they are rookies with a history. That is most likely the reason they feel so cohesive and confident on stage. Again, the camaraderie shows. So much poise while still being so very young. The eldest in the group (leader Castle J) is only 22 years old; and their maknae (Win), well, he is all of 16.

I want to share their entire 15 minute set from the fest because I really enjoyed it. In addition to their performance, they were engaging, fun and appeared to absolutely love performing. It’s not subbed, but you can still feel their excitement over getting to perform at the fest as well as being able to hype their comeback which at that time was three days away.

After I watched MCND light up the Joy Ruckus Club stage, I got wrapped up in the hype. I ordered the new album, followed all of their social media accounts and yes, even became an official Gem (fandom name). I was 100% ready for the comeback and ended up loving the album (The Earth: Secret Mission Chapter.1). The title track, Movin’ is a force, but I am all about the B-sides, especially 고양이 춤 (Cat Waltz). Look when I go all in, I go all in. I am also impulsive so yeah, there’s that. 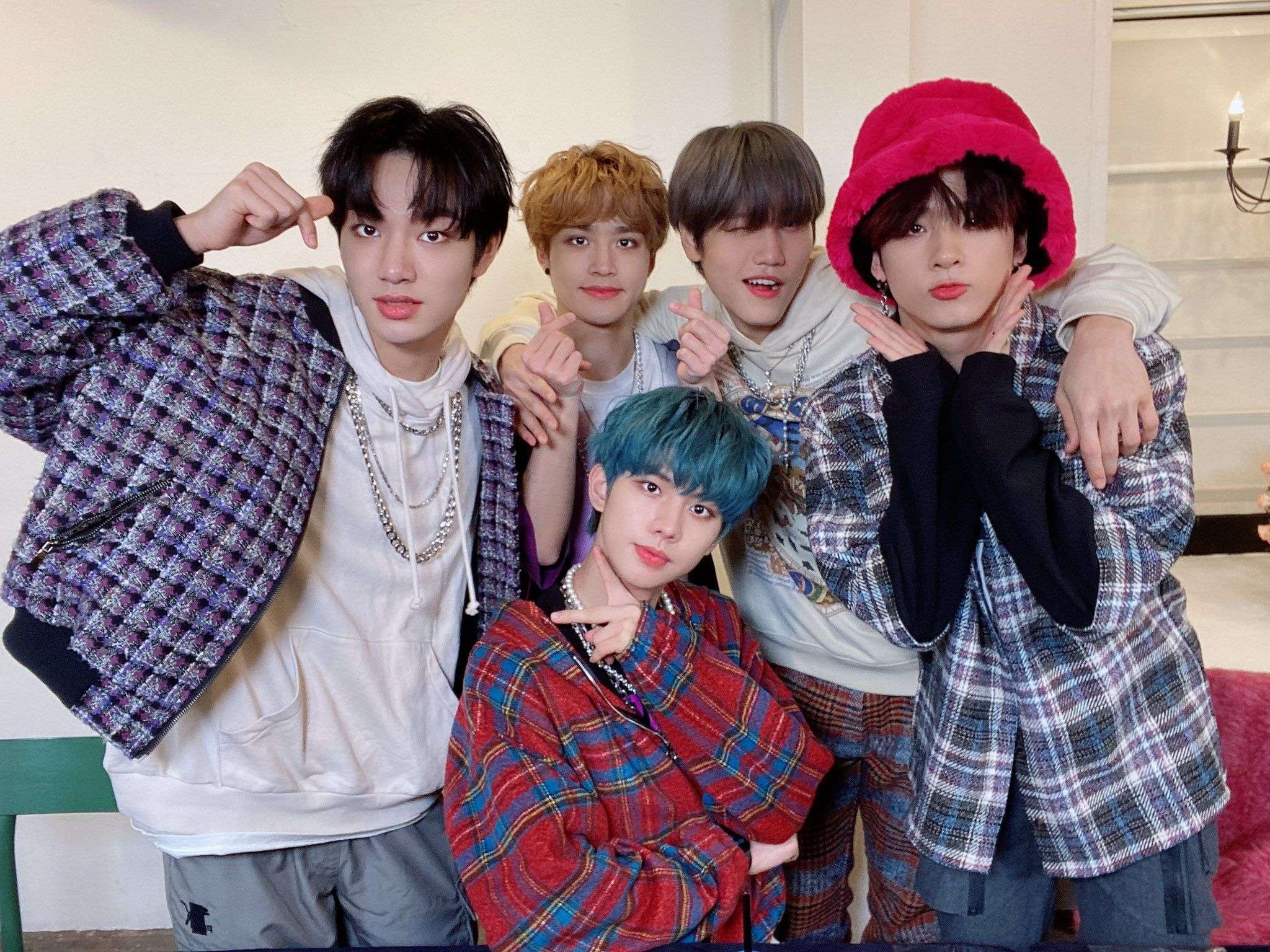 After the initial whirlwind of explosive fangirl neuroses settled, I wondered if it was a fluke and that whether MCND and I could have a meaningful relationship. Let’s be frank, sometimes it is easy to get caught up in the excitement of something new only to have feelings, emotions and in fangirl speak, support, fade. Then I attended their online concert, 2021 On:Live Gem Space on October 9. I can confirm that there are no flukes in sight. In fact, this show, along with A.C.E’s Siren’s Call back in July are my top two online shows that I have attended over this past year and a half of online K-pop concerts – and, I have attended many. The Gem Space show was fantastic. It was so much fun and the boys of MCND are as charming and gregarious as they are talented. Seriously, the vocal line is amazing and the rap line legit. And don’t get me started on the dancing. For the first time ever as a K-pop fan, I cannot throw my bias towards one single member. In short, I am an OT5 Gem. 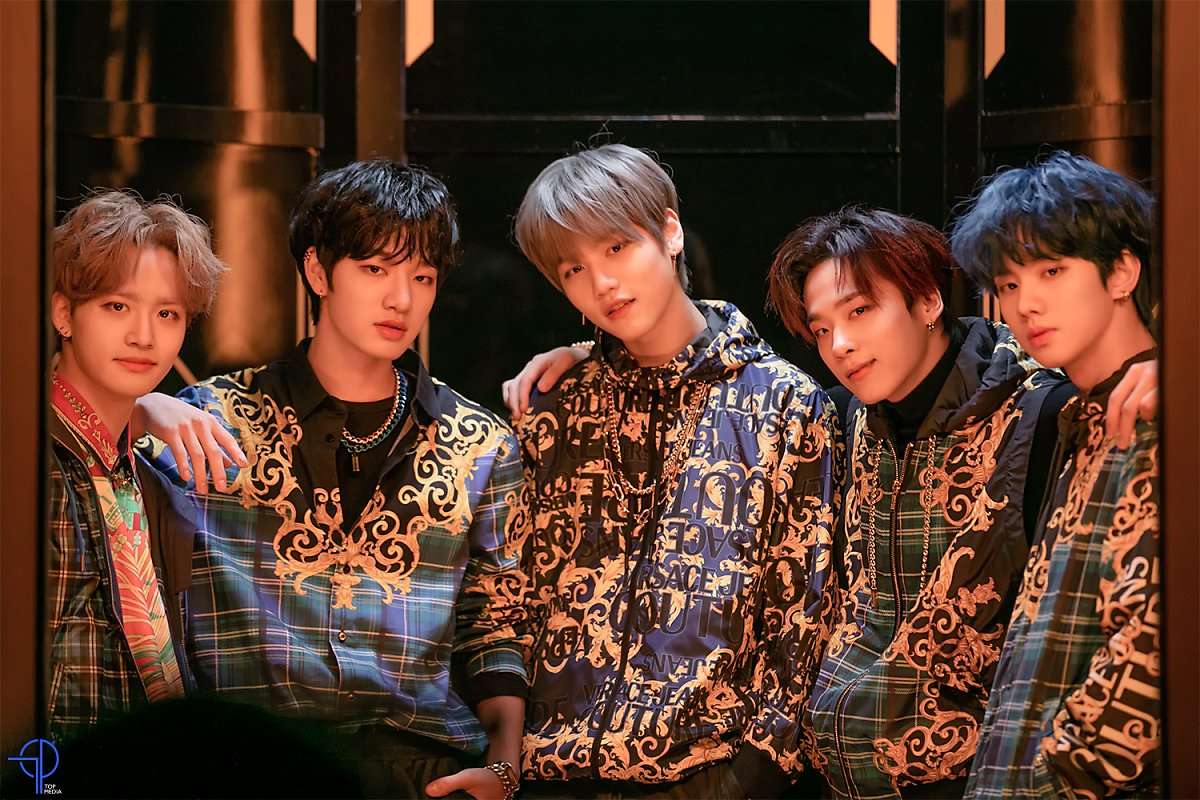 MCND, which by the way stands for Music Creates New Dream, landed in my realm at the precise time they were supposed to. For one, they were having a comeback; and two, I was soon to lose A.C.E to military hiatus. When the universe knows, the universe knows.

Have a listen to The Earth: Secret Mission Chapter.1 here:

Oh, and as an added bonus, I can’t help but share one of my favorite relay dances from these swagmasters. Here is MCND’s Crush relay dance:

The swag. The style. The smiles. Yeah, I’m all in, and then some. 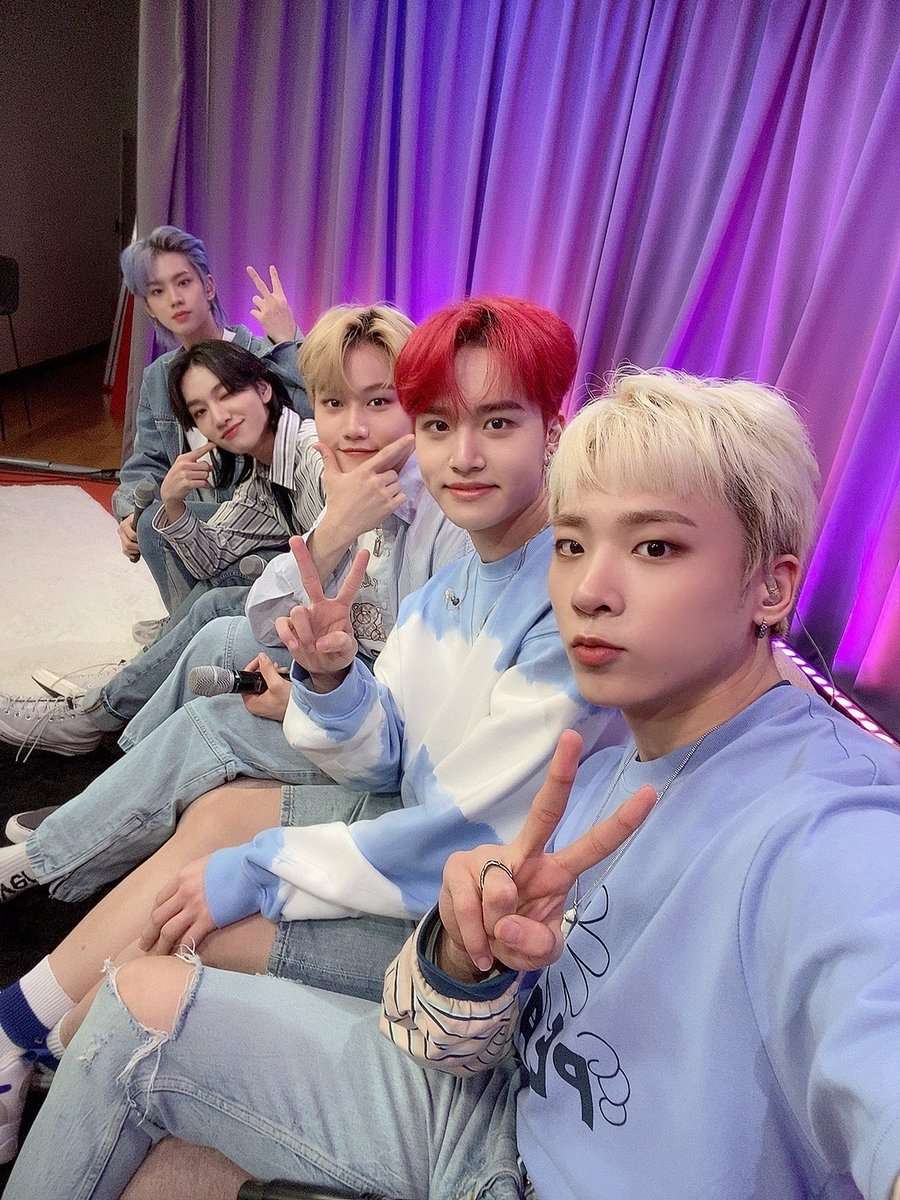