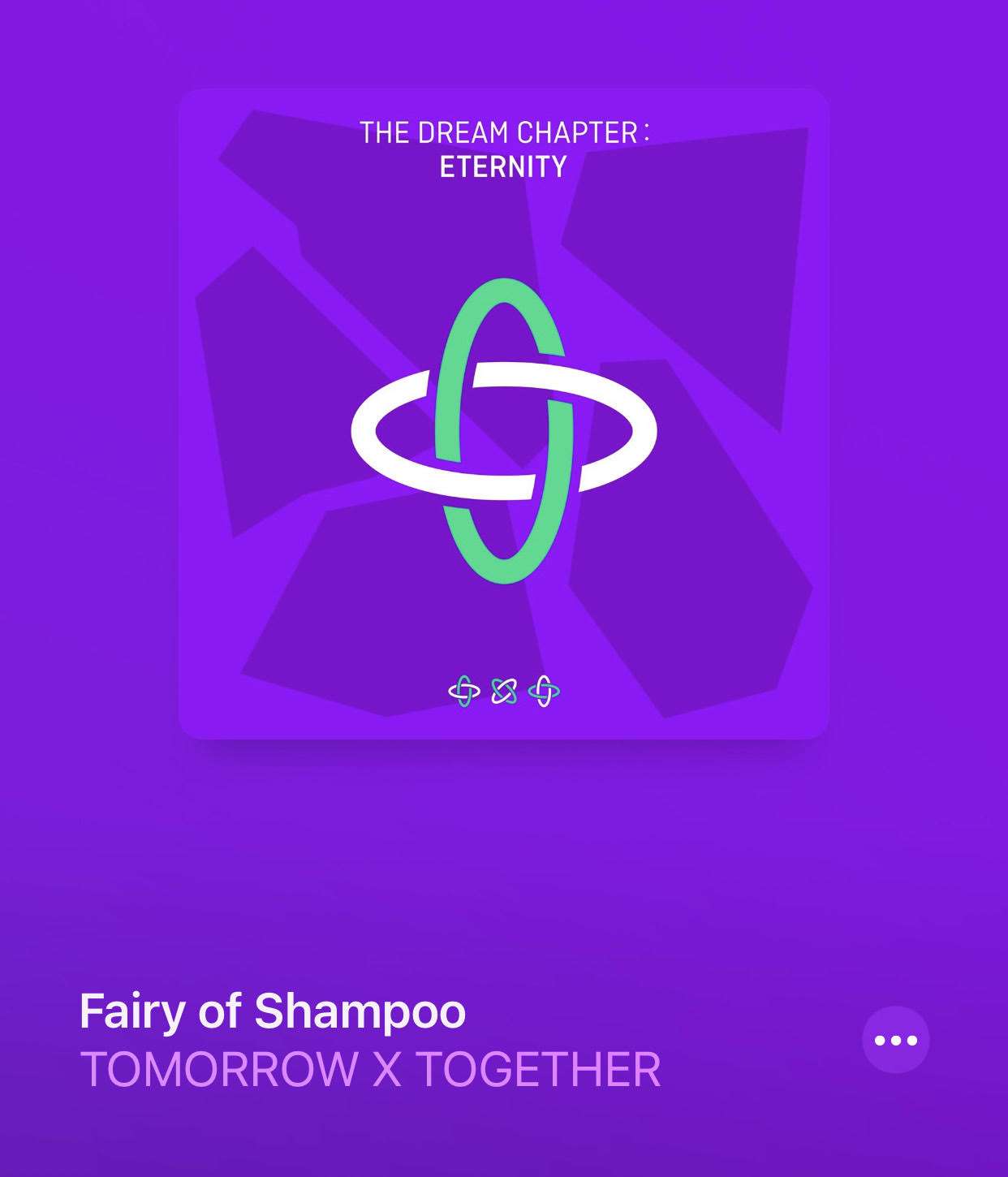 Is there anyone else out there who enjoys interesting backstories to songs or do I ride alone with my quirks? I have to believe there are a few out there and if so, you might enjoy the backstory to this week’s Playlist Roulette pull, Tomorrow X Together’s Fairy of Shampoo from the group’s second EP, The Dream Chapter: Eternity. 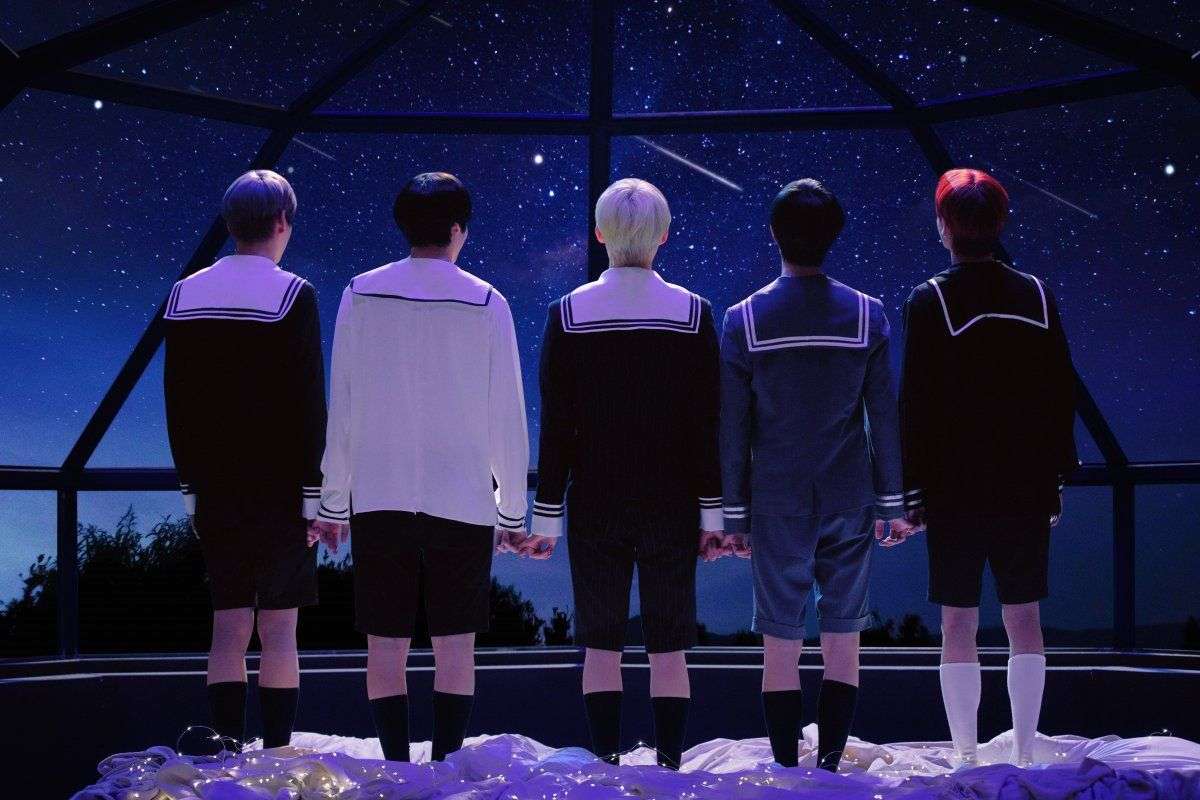 In an industry where the music can get, and let’s face it, redundant, it is always a bonus when a group sneaks in a track or two that is not commonplace, may raise a few eyebrows, but nevertheless tickles the quirk mode in us fringe walkers of K-poplandia who love stepping outside of the cookie cutter on occasion. When the Strictly Korean playlist shuffled out Tomorrow x Together’s Fairy of Shampoo, my first reaction was, how did I put this on the playlist and . . . FORGET it was there!!

Ok, breathe. Tomorrow x Together, also known as TXT, is a five member K-pop group that debuted under Big Hit Entertainment on March 4, 2019. The group’s debut EP, The Dream Chapter: Star, would be the first in a trilogy of concept albums. Star reflected happiness and excitement over meeting that special someone. The second in the trilogy, The Dream Chapter: Magic, would expound on the magical adventures taken by a group of friends; and, in a May 2020 Billboard article, the group said of the third, The Dream Chapter: Eternity, and its title track, Can’t You See Me?:

The Dream Chapter: Eternity carries on that story — our group of friends hits a wall as we confront reality. We think that “Can’t You See Me?” really carries the whole penetrative theme of the entire album. It’s our title track [lead single] because it’s about the confusion and loneliness that the boys in our story feel as they collide with reality and discover conflicts in their friendship. The song delivers both a sense of resentment towards friends and a desire to be saved by them. It’s a very unique song with unique sounds that follow turbulent emotions.

Reading that made me wonder how Fairy of Shampoo fit that narrative because in a way, I think it may have been a better fit on Magic for a couple of reasons, the first of which is found squarely in the composition, feel and storyline of the song in general, and the other in its overall chilled out and lighter tenor. 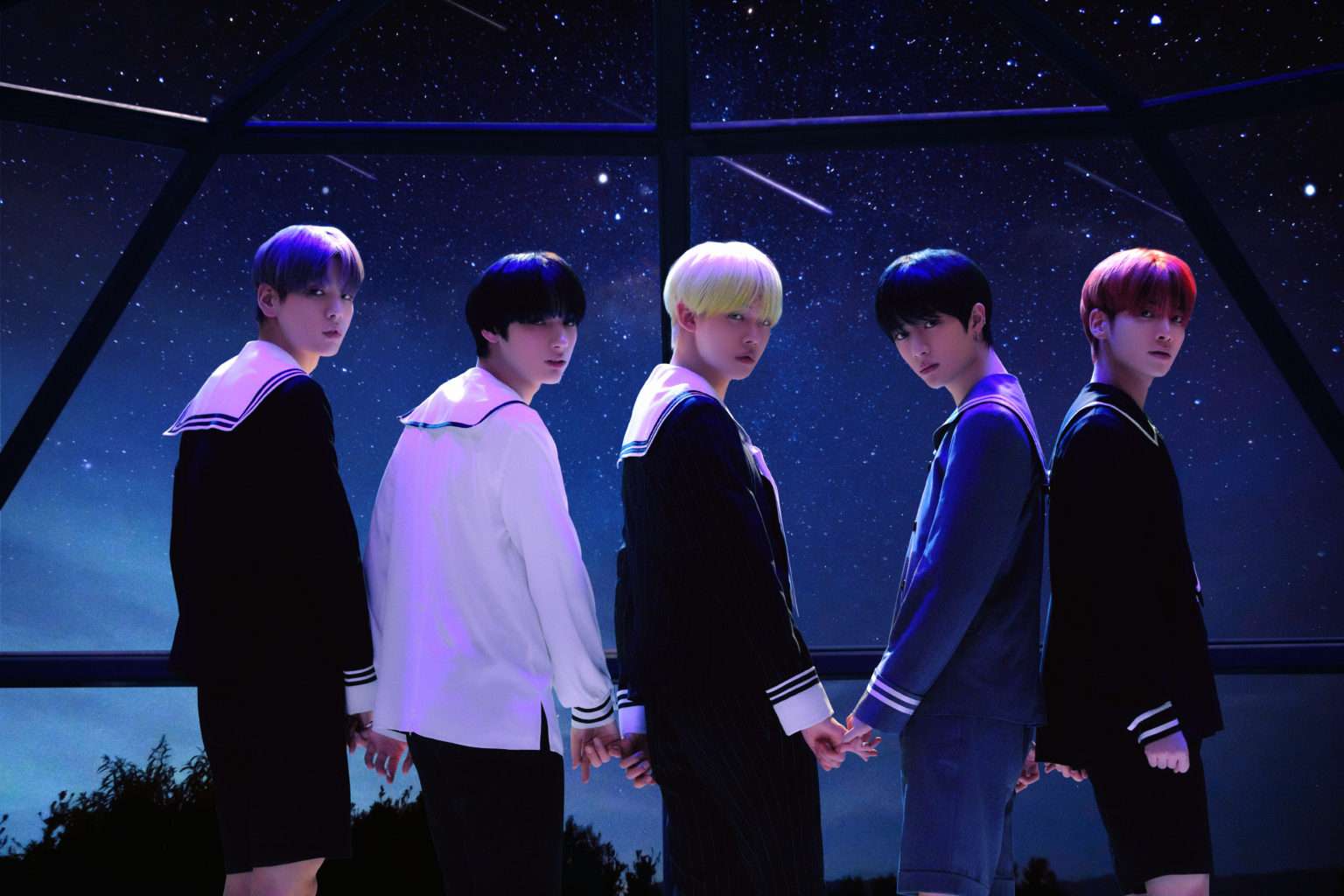 The song. Fairy of Shampoo is a remake of Korean jazz fusion group Light & Salt’s classic single released in 1990. And YES, it is drenched in the grooviest of retro vibes. Airy and whimsical, Fairy of Shampoo is a jazzy magical carpet ride through Korean jazz/dream pop ether and frankly, I cannot get enough. TXT has now joined the ranks of groups with their own dedicated playlists on the various streaming platforms I use. I am pretty selective so, yeah, they definitely made an impression.

Musically, it is just gorgeous, especially if you enjoy anything in the retro, jazz, alternative jazz, or jazz chill hop realms. But let me pause for a moment to comment on the vocal prowess at play here and the wonderful line distribution. For example, there are three chorus breaks in the song. Soobin appears in all three but is paired with someone different each time. First with Taehyun, second with Beomgyu, and third with Yeonjun. Honestly, you cannot get more judicious than this, right? The added bonus in TXT’s remake is the addition of a rap interlude by Yeonjun which from what I have read, was also written by him. Oh, and just because Huening Kai did not find himself on chorus duty, he showed up on the bridge with Soobin, and knocked it out of the celestial park. I am such a sucker for a sweet bridge. Seriously. 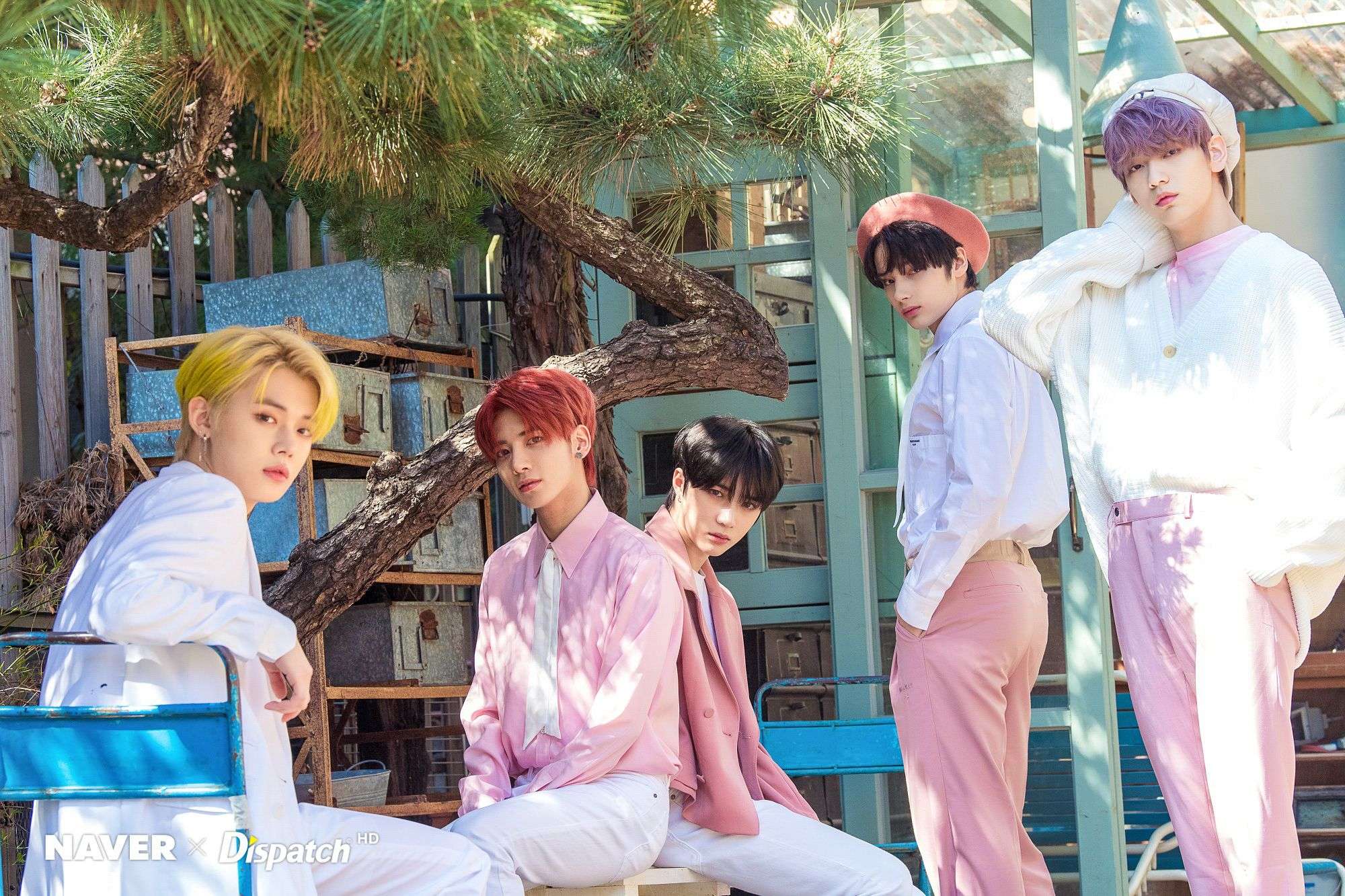 The MV. Well, this is not an official MV but rather a Mnet comeback show performance that takes the ethereal foundation of the song to perfect visual heights with our five supernal seraphs singing and dancing in a lush green garden amid bubbles and balloons. Soft pastels and diffused light create a dream-like atmosphere which plays right into the whimsical feel of the song.

What did you think? Different, right? I think this is why the song appeals to me so very much. It just seems so out of the ordinary and not a norm for a K-pop group to record and perform. I absolutely love it. I mentioned earlier something about songs and backstories. There is a backstory to Fairy of Shampoo. The song is based on a poem written in 1987 by Jang Jung-il. The poem, titled The Shampoo Fairy, is about a young man who falls in love with a girl in a shampoo commercial and the lyrics in the song version follow suit: an homage to a beautiful fairy-like girl with long wavy hair who whispers with a soft smile. That in and of itself is totally trippy and seems to be quite the perfect subject matter for a jazz-infused, dream pop track. 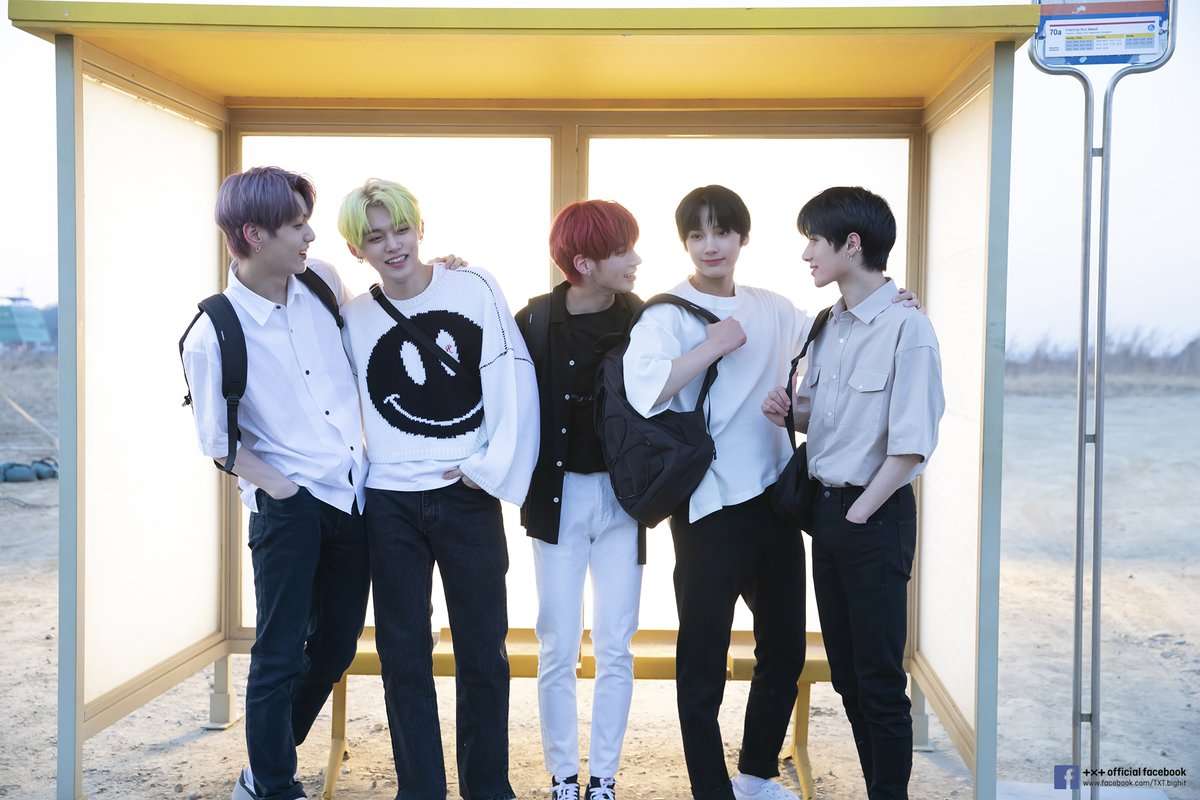