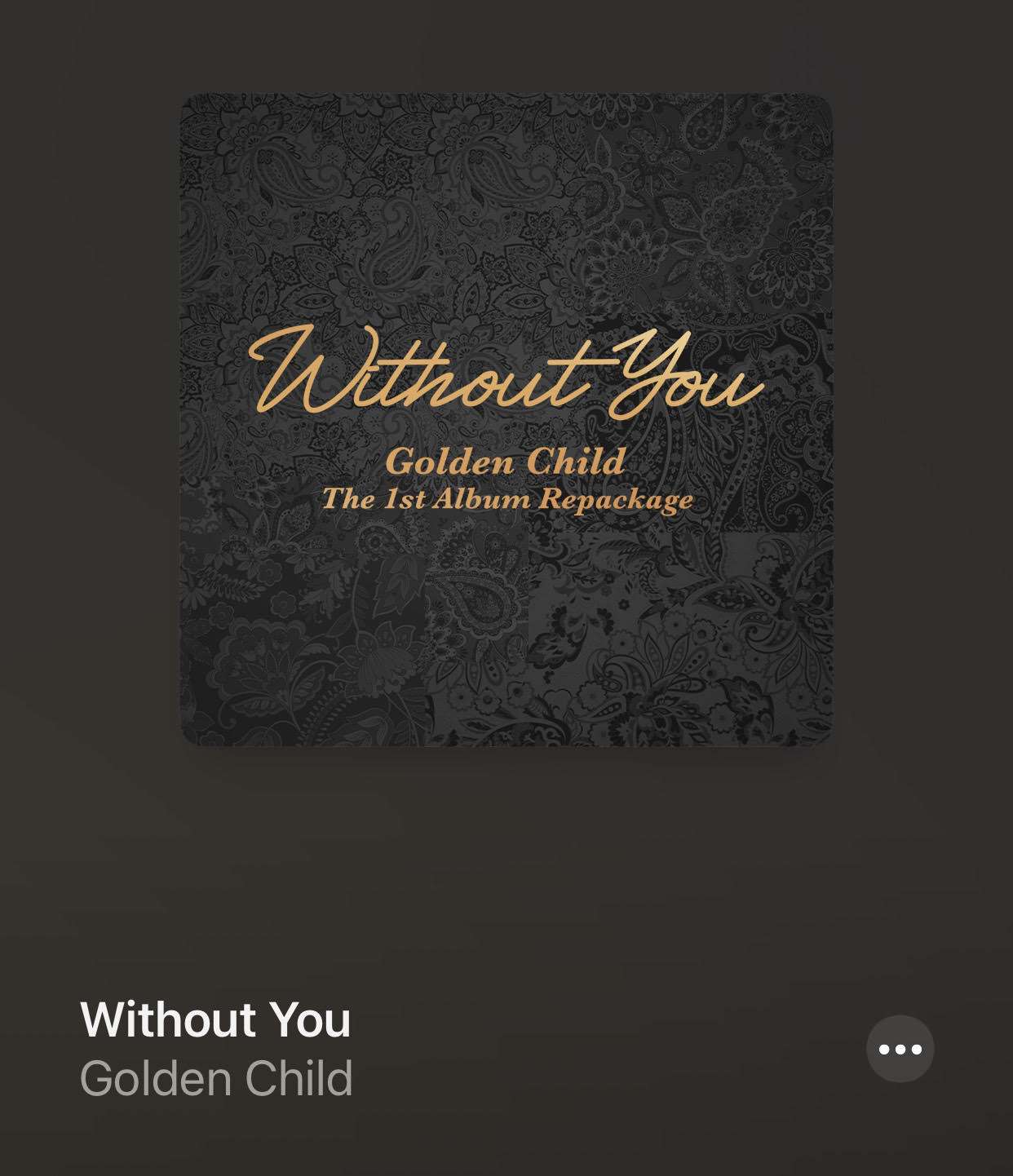 There are some days when I really consider hanging up my fangirl hat and becoming a food blogger or something completely removed from anything K-pop. But then when Sunday night rolls around I begin to feel an excited anticipation of what the Strictly Korean playlist will shuffle out and challenge me with in the new week. It is then that I realize I am not quite ready to quit K-pop, especially when it navigates me to a group, a song (or both) that I am unfamiliar with but ready to meet. Such is the case with this week’s pull, Golden Child’s EDM-infused Without You. 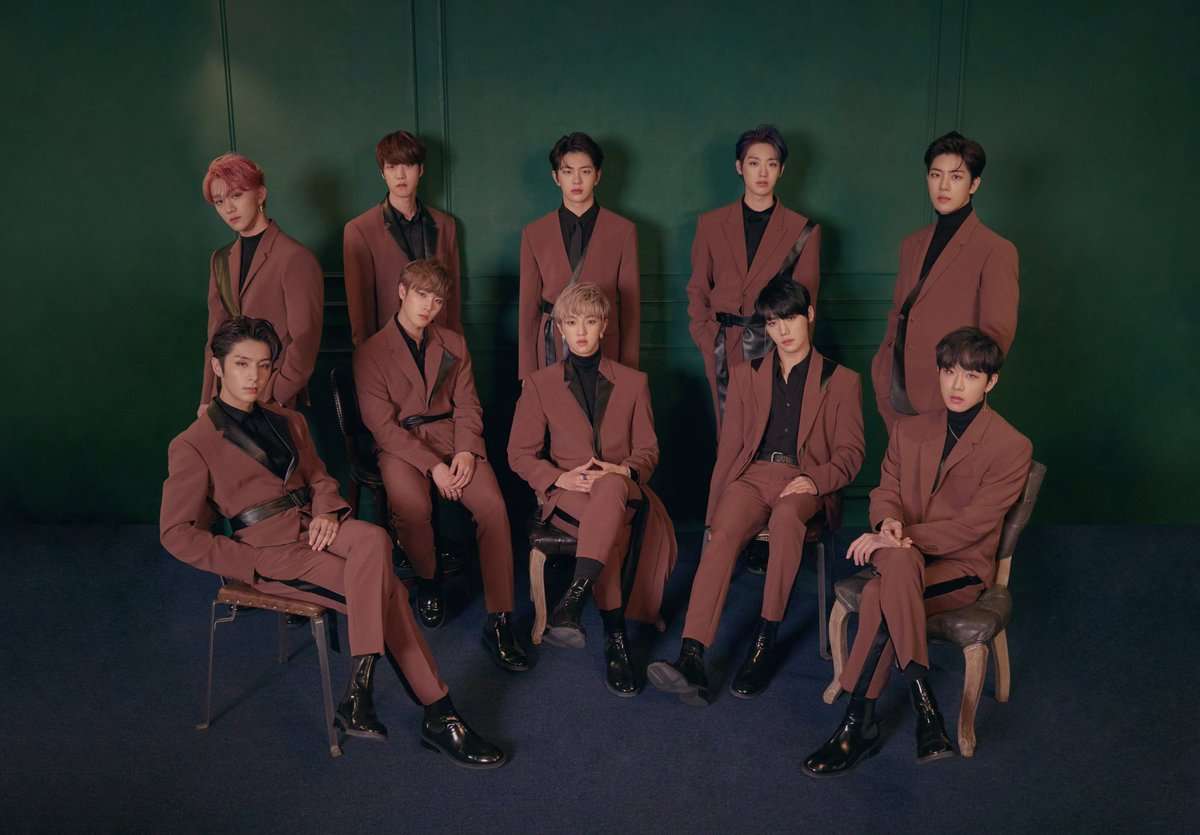 If you have been around the blog for any length of time you most likely know that, in the past, my anxiety level tended to raise somewhat when there were more than five members in any given group. Stray Kids helped immensely as I slowly began expanding my K-pop exploration, and NCT obliterated any concerns or worries I may have harbored regarding groups of many numbers! Woollim Entertainment’s Golden Child then posed no threat with the ten fresh faces it introduced for this week’s Playlist Roulette pull. And what a handsome and talented bunch they are.

So I had to put on my research glasses to learn a little more about GolCha and was so surprised to see Bo Min! Yeah, because I am so not hip to the many K-pop artists crossing over into acting land, I had no idea Shi Ah’s boyfriend in 18 Again was played by GolCha’s maknae, lead dancer, vocalist and visual, Choi Bo Min. I need to get out more, right? Furthermore, I had absolutely no idea GolCha (by the way, this is one of the abbreviated names for the group, along with GNCD) was the first boy group debuted by Woollim seven years after Infinite, and that the leader of the group (Daeyeol) is the younger brother of Infinite’s Sungyeol. I really have been learning so much from this blog series. 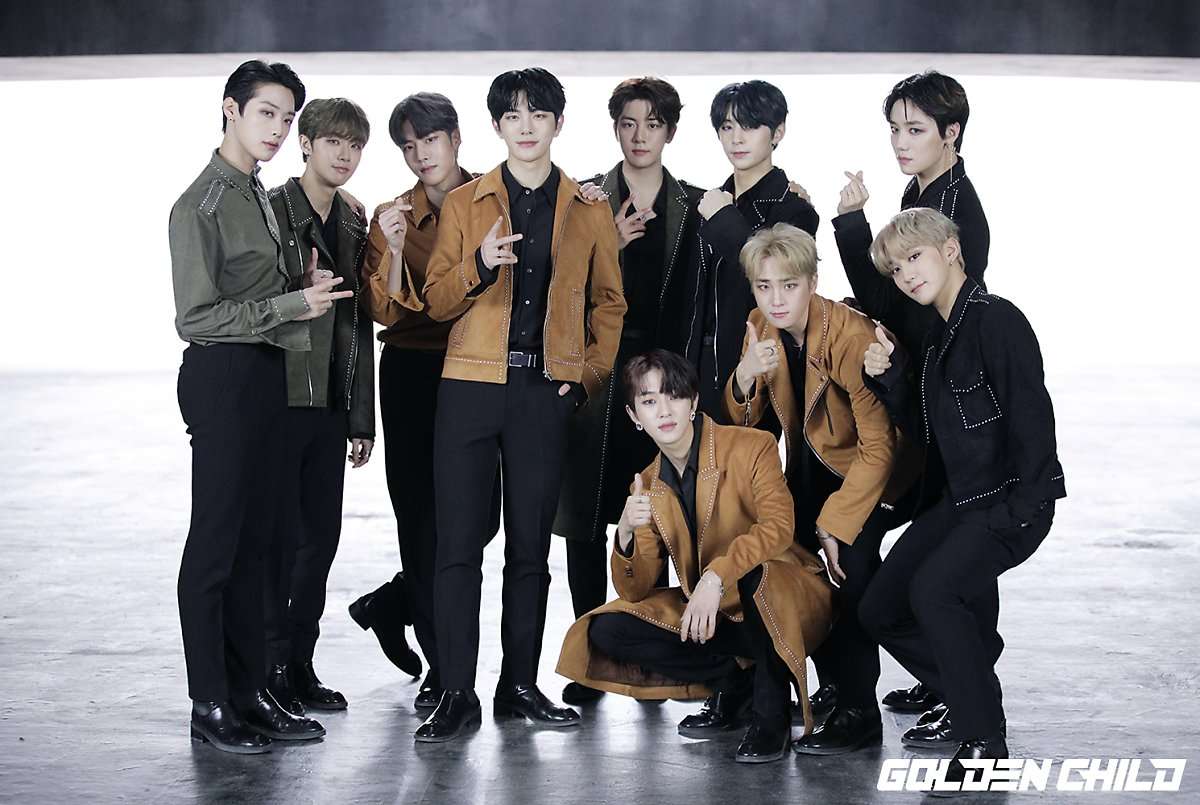 Anyway, in January 2017, the members of GolCha took part in Woollim’s pre-debut trainee project, W Project. Subsequently in May 2017 after it was determined who would eventually debut with the group, Woollim christened the newly minted 11-member group Golden Child and dropped them into a pre-debut reality show, Woollim Pick. Finally, the group officially debuted on August 28, 2017 with the release of their first EP, Gol-cha! Five months following debut member Jaeseok left the group for health reasons.

Since then, they have been steadily releasing music (a total of 5 EPs, 2 single albums) and even a studio album titled Re-boot released back in November 2019. This week’s pull, Without You, was the title track released in January 2020 as part of the repackaged and reissued studio album. Thanks to that repackage, I was introduced to GolCha’s music. Look, I know I arrive late to the party, but you know, I eventually show up! 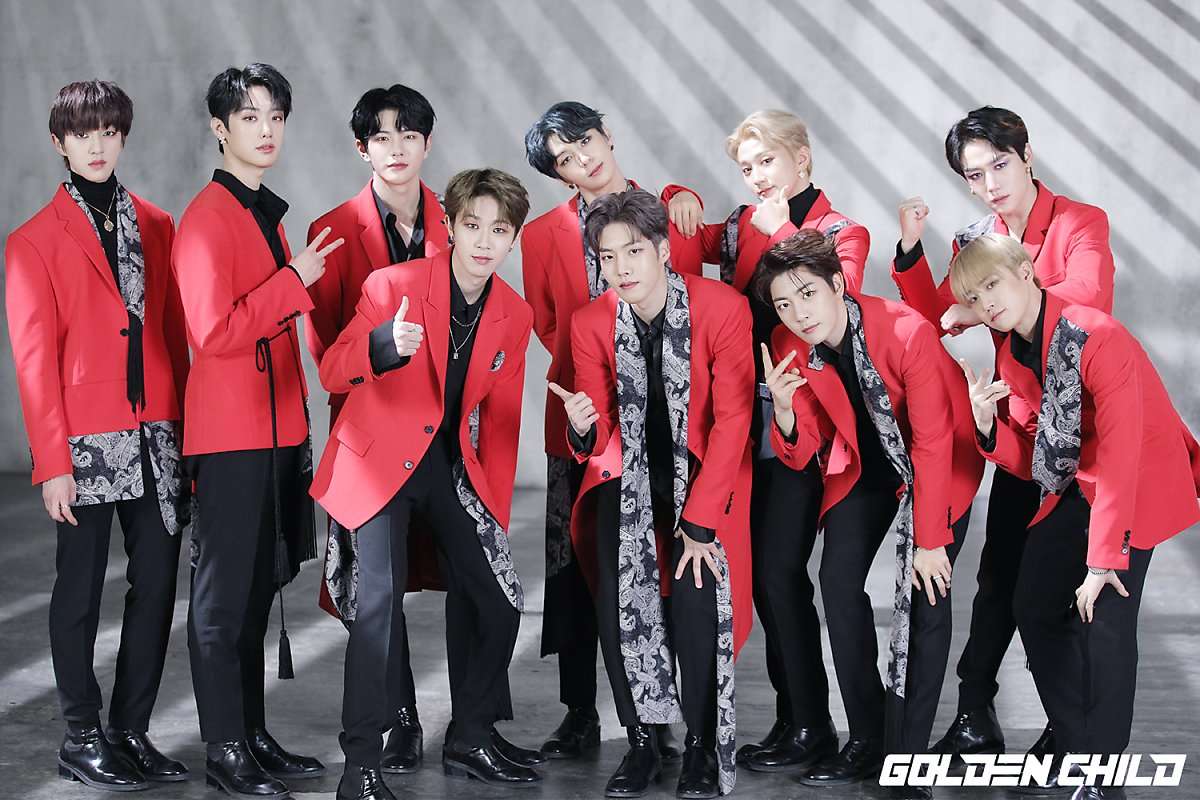 The song. When this song opens it has all the makings of some sultry alternative R&B ballad kind of stuff that I absolutely love. The minimal steel drum-esque backdrop is both sexy and soothing. As the song builds so too does the instrumentation which is very EDM in nature but still the pace remained in slow groove mode. I thought..okay, okay, this good. And, the vocals, delectable. The first minute and a half clearly is the lull before the storm and it is so very lovely. Then the drop into the chorus and we enter full EDM mode but not a crushing over-synthed EDM, if that makes sense. There is still this sultriness about it. Inasmuch as I do love me some EDM, this one could have stayed in soft, slow groove mode for the next three hours as far as I am concerned. What I will say though is that the song marries the two together and these guys have the vocal chops to take it in any direction they choose. I can’t even settle on a fave vocalist at the moment, but Joochan and Y really stand out. Joochan really hooked me with the opening, getting all up in my fangirl feels. Lyrically Without You is nothing groundbreaking. The premise rather commonplace: lamenting over a lost love. When I lost you, I lost myself. There is nothing but emptiness, I don’t know what direction to take as you and your love were my compass and guide. Pretty standard. The vocals keep me afloat here and that wonderful first half of the song. Can I order an acoustic version of this song with a soothing steel drum accompaniment? 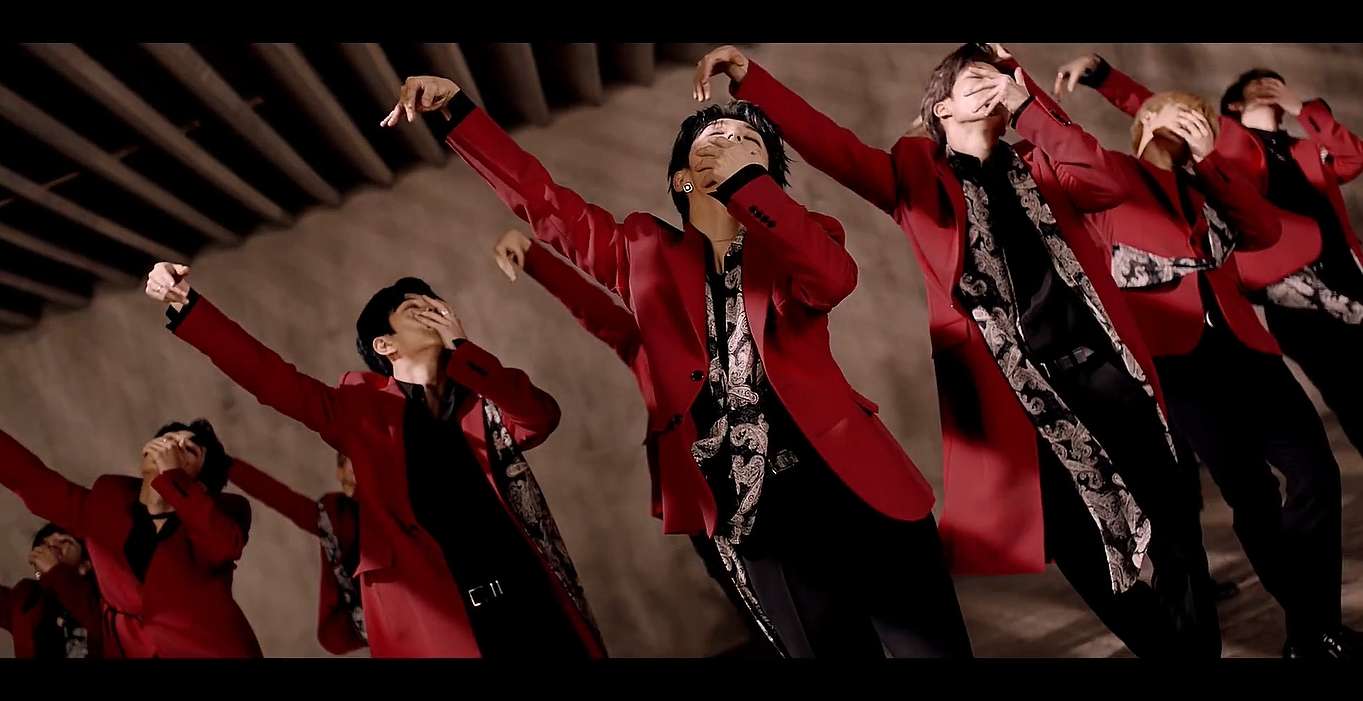 The MV. First of all, I did not realize these ten children were so swoon-worthy. I always find it quite humorous that groups label one or maybe two members at best, as the ‘visual’ or ‘face of the group.’ It seems to me that all members of a group could conceivably wear these titles along with their vocal/rapper/dancer assignments. Never was that truer than the ten visuals served up in Without You. And not only that, every article of clothing and every piece of jewelry looks so extravagant and expensive. The costume designer/stylist on this MV went above and beyond because every suit design, color combination down to the shoes, EVERYTHING is just gorgeous. Just like I cannot decide on a fave GolCha vocalist, I cannot pick a fave outfit in this MV. I love them all. Coupled with that are the color saturated moments with props like the flowers (especially the rose), the flaming frame, or Jibeom with the umbrella on fire. All of it is visually appealing.

Now that we have officially met, I think GolCha and I will continue seeing each other. They had a recent comeback that I missed but will definitely check out. Honestly, I do not know how K-pop stans stay up to date. Every day it is something new whether it be a comeback or debuting group. Sometimes I think it is better that I return to focusing on my favorite few; however, if I did that, I would surely miss out on some truly golden offerings. 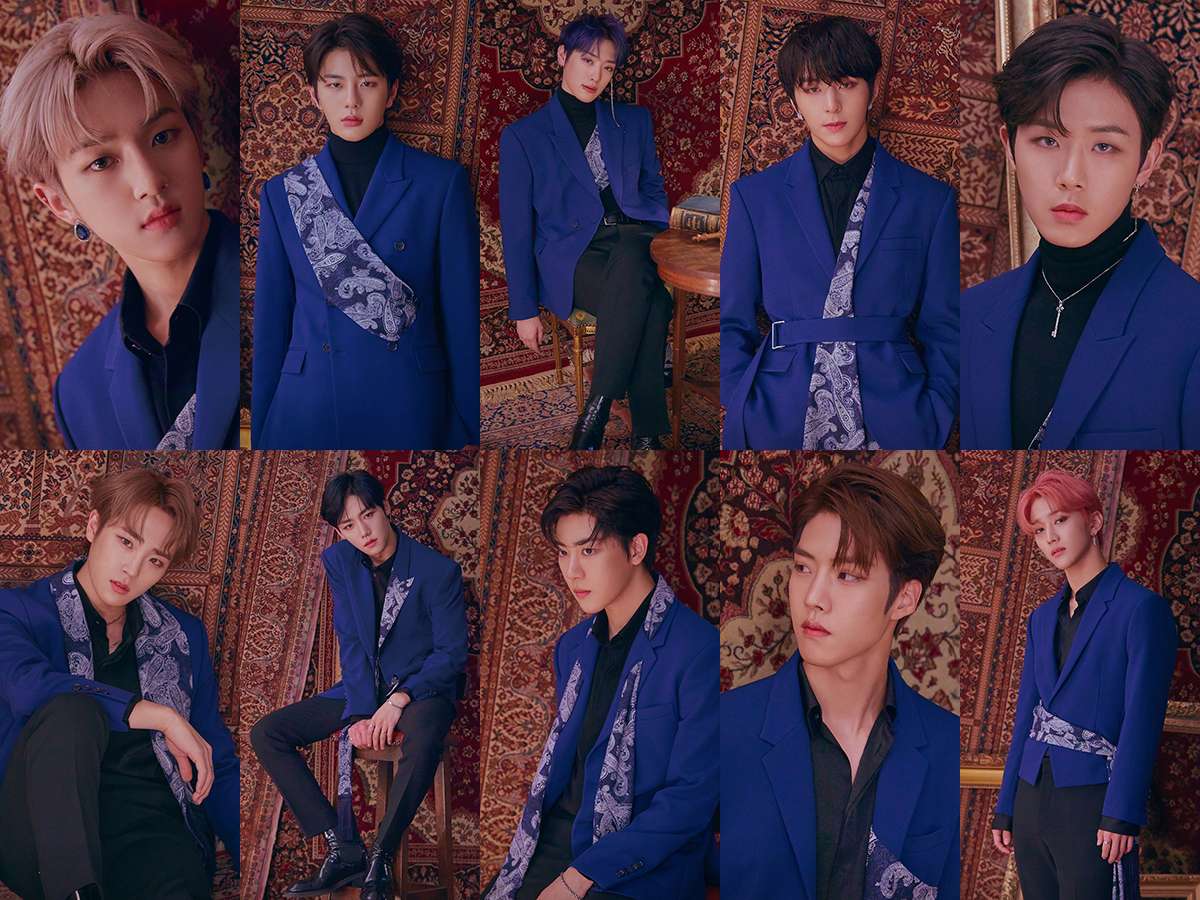 6 thoughts on “Playlist Roulette ~ Without You [Golden Child]”