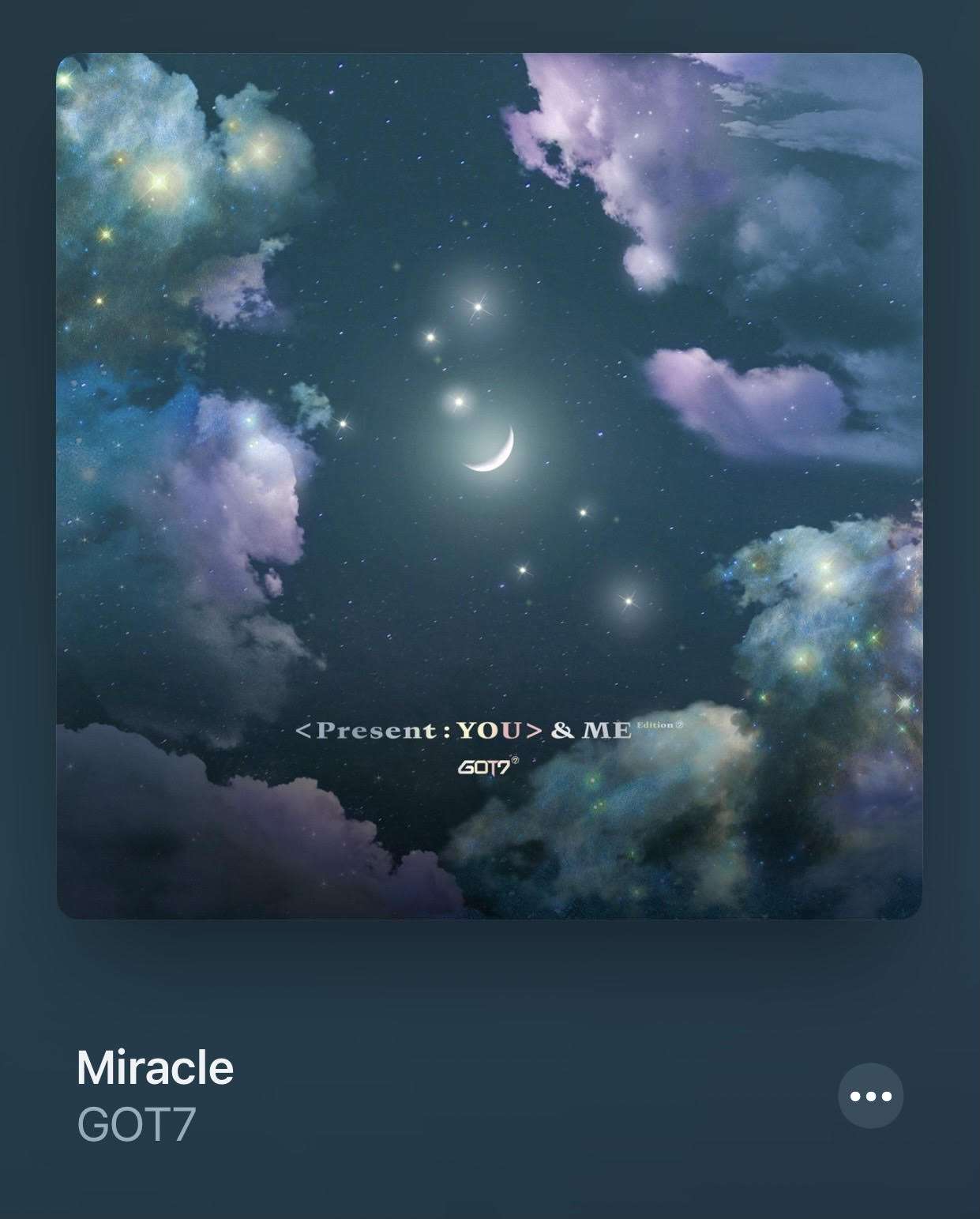 Oh my . . . how oddly fortuitous this pull while at the same time quite sentimental and timely given the recent turn of events regarding my beloved GOT7. If you are at all familiar with the extensive discography GOT7 has built over these past seven years, you can easily understand and surmise that the Strictly Korean playlist could have shuffled out any one of so many possible tracks (G7’s entire discography minus their Japanese albums is contained on that list) and yet it conspired with the K-pop gods to give me the gentle and very meaningful ballad, Miracle, the title track from the group’s repackaged third full studio album, Present: You> & Me. Sigh . . . 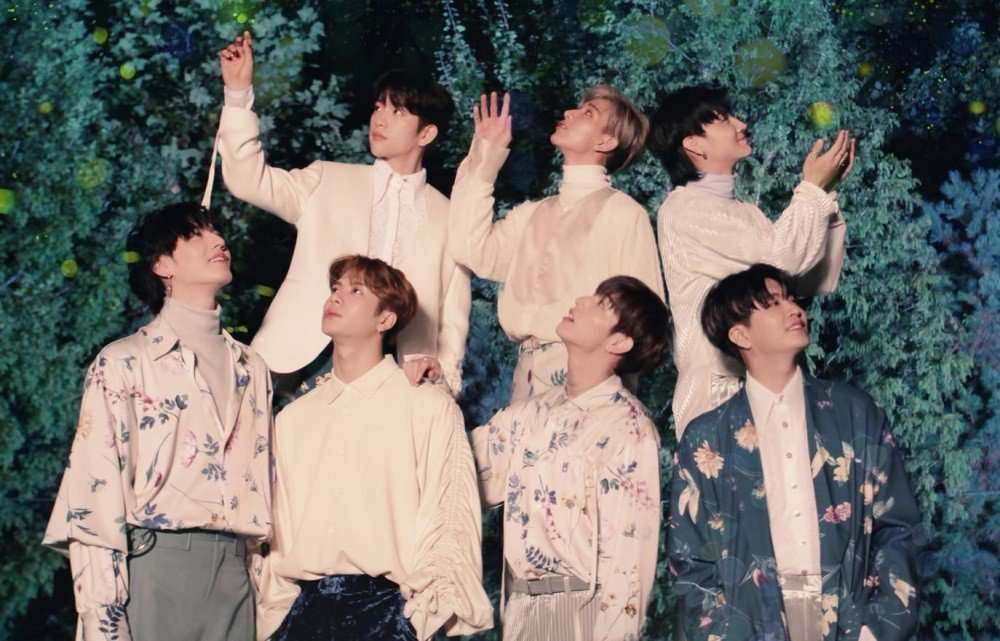 Released on December 3, 2018, Miracle was the perfect holiday ballad. A gorgeous tender waltz gifted to GOT7’s fans, it is a song ripe with meaningful lyrics sung with an absolute serenity that to this day, leaves me in a puddle of tears. There are probably many songs within G7’s vast discography that feel as if the message is conveyed directly to the fans as opposed to say just being a general love song. Off the top of my head, I can think of three: Playground, Thank You, and yes, Miracle. These songs hold a particular special meaning and even more so now that the group announced that as their contracts have all expired, they will not be re-signing or remain with JYP Entertainment. Initially, this seemed like a death blow but the group assured fans that this did not mean the end of GOT7, that they will remain together as a group as they pursue individual career opportunities, and most importantly, they will retain all rights to their name, trademarks and the like. Still, it really does remain uncertain as to when we will see the group together again and/or hear new music.

So, the Strictly Korean playlist dropping this one in my lap this week blindsided me and hit me hugely in the heart. But let’s carry on. 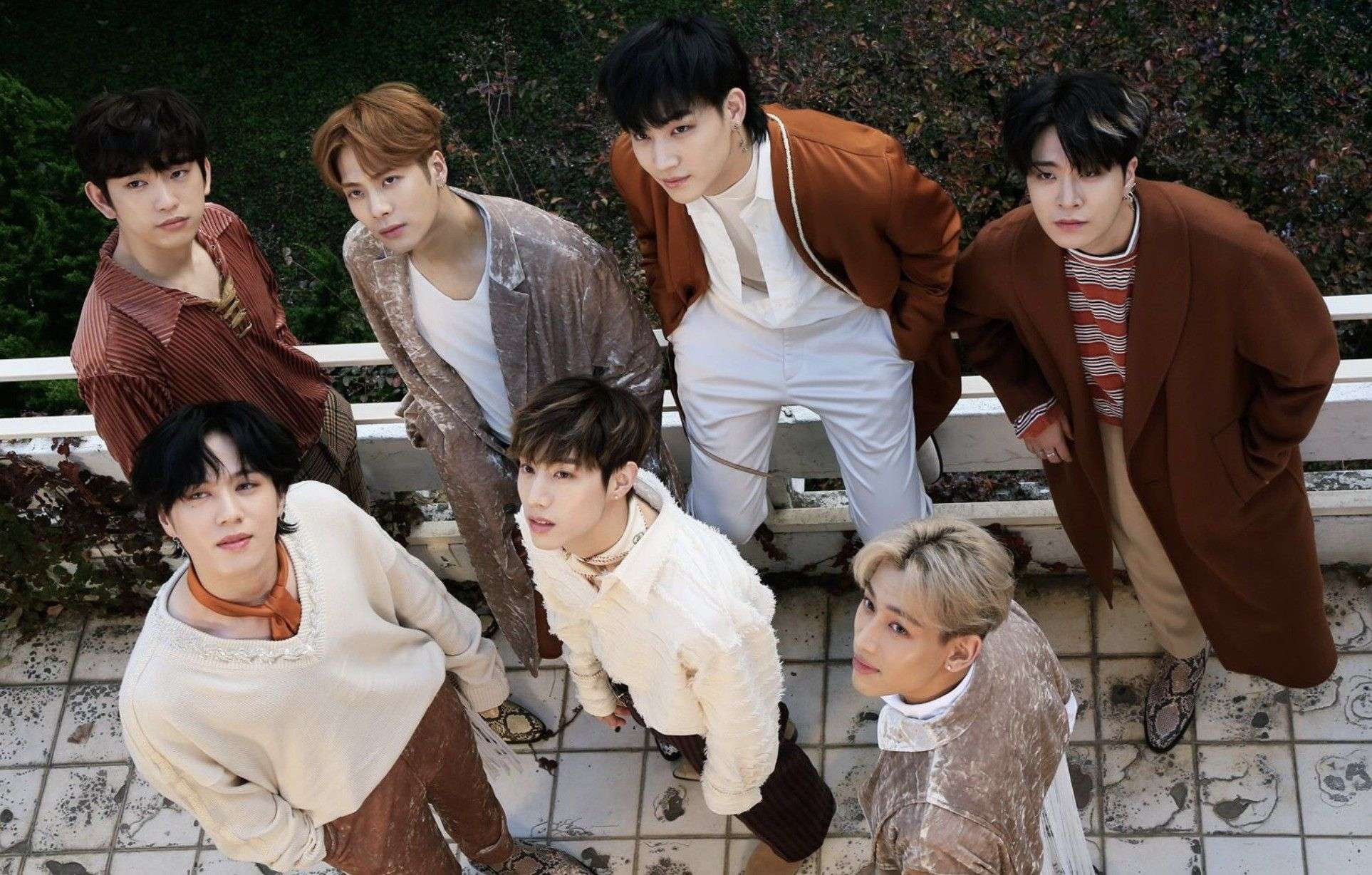 The song. Like I mentioned, Miracle is beautiful ballad, poetic and melodic. The line distributions are balanced evenly with the added bonus (well, for me personally anyway) of having Jinyoung open and close the song. Mmmmm…heaven. Apart from being sung so beautifully, the lyrics contained in Miracle are particularly lovely. Remember how I said that there are certain songs that seem to be squarely directed to the fans? It became really clear Miracle was definitely one of them when I read these lyrics:

At the tip of winter
I met you, who became my spring
Oh miracle
It’s such a miracle
After you came
My winters aren’t so cold anymore
Because I have you
Who looks at me, yeah

GOT7 debuted on January 16, 2014 which, as it turns out, sits smack dab in the winter. And, those green stars that fell on my dark sky? Well, they can easily be interpreted as the fandom color as seen glowing incandescently through a sea of light sticks in a music program studio or concert venue.

The MV. If the song on its own did not stir emotions, GOT7 had to drop an equally sentimental and touching MV along with it to compound the feels. Imagine having seven guardians escort you though a wintertime dreamscape. Seriously, this is the Christmas gifts of all Christmas gifts. At least I am sure it was for Ahgase worldwide in December 2018.

Come on….even if you do not stan GOT7 you have to admit that THAT was truly beautiful and sweet. As incredibly sexy, cool and charismatic as GOT7 are both individually and collectively, they really know how to flip that charisma over to the soft side with unmatched grace and agility. Let me tell you, when an artist and/or group tap into that duality with the kind of deftness GOT7 does, they become incredibly more disarming as well as crush-worthy. Facts. 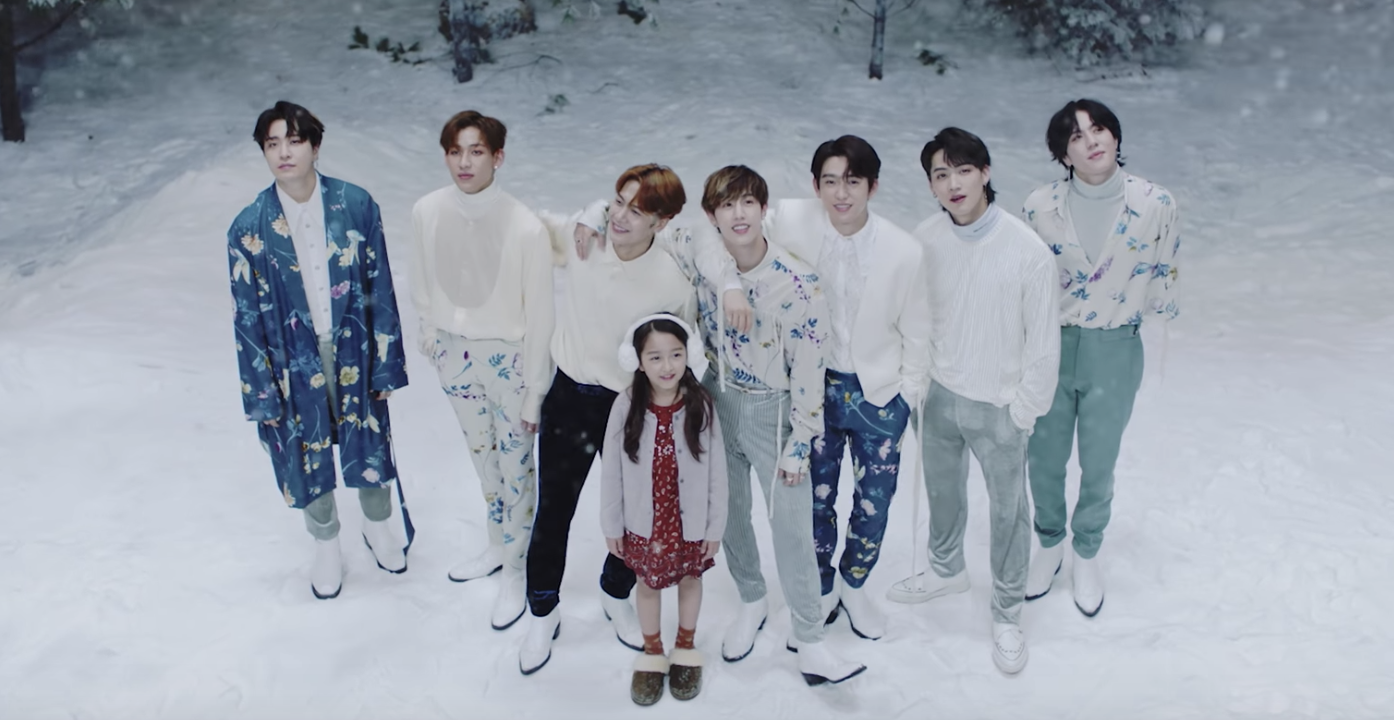 I don’t know what the future holds as each member weighs his individual artistic journey and how they will attempt to balance group activities, music and the like going forward especially when four of the seven still have mandatory military duty hanging in the balance. So many unknowns. But in the current climate of the world today, the unknown has become the norm. I just know that I will hang on to the hope that all of their promises that this is not the end is and will remain true. I will say that their playful activity and interplay with each other on social media as of late has been comforting and as always, entertaining. If you are so inclined to keep in the loop of what the guys are up to, here are links to their social media accounts: 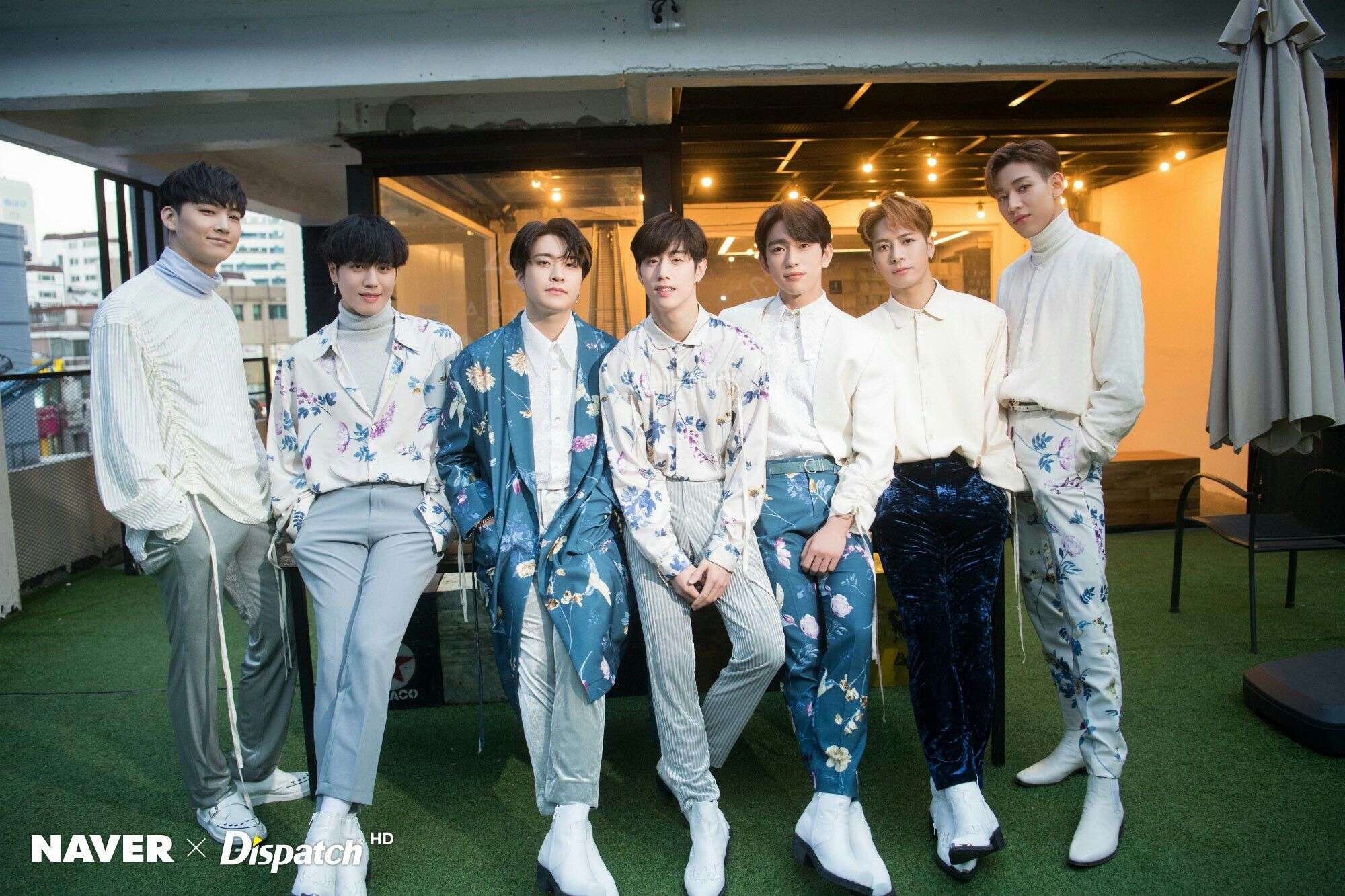 You can dive into Present: You> & Me here: