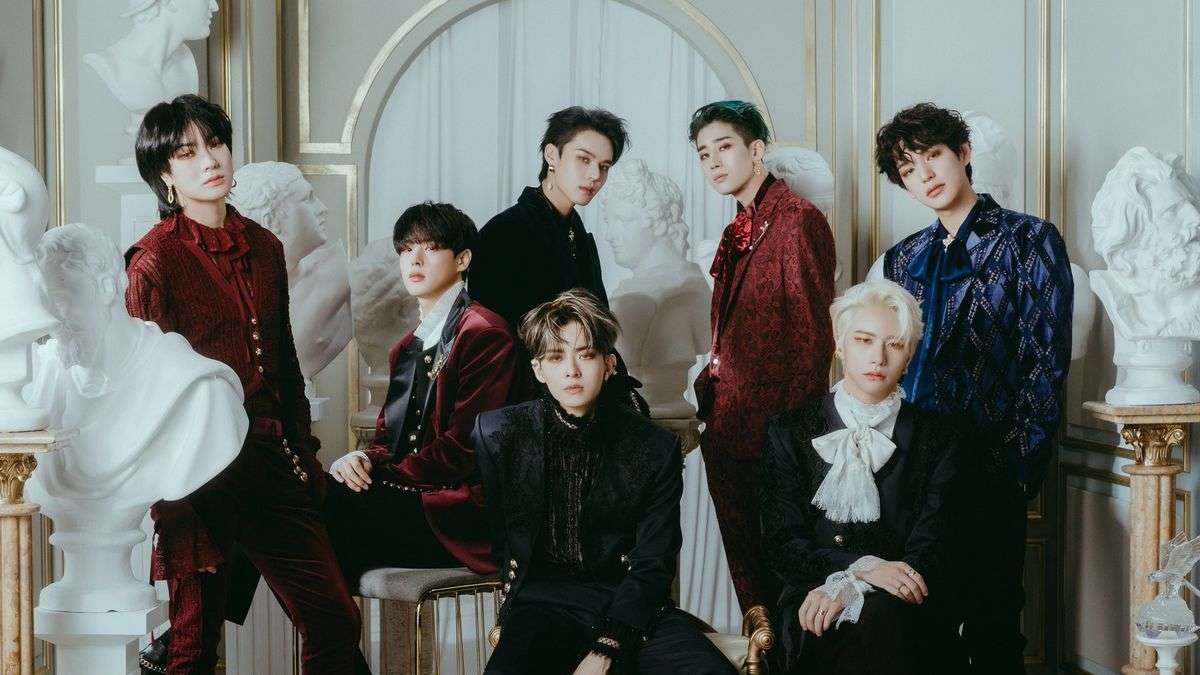 Letting Victon marinate in all of their underrated talent and finesse was bound to result in an explosive comeback worth waiting for. Releasing their first full length album, Voice: The future is now a mere eleven days into the new year was, in my opinion, strategic and smart. Even though their adoring Alice (the fandom) were expecting a comeback this past December, I think it far better they ushered in a fresh new year with fresh new music, and lots of it. And forget about starting slow and easy. Nope, not with Victon. The title track, What I Said, is a powder keg of sound complete with silky vocals, rapid fire rap (is Hanse even human?), and a whole lot of swag. 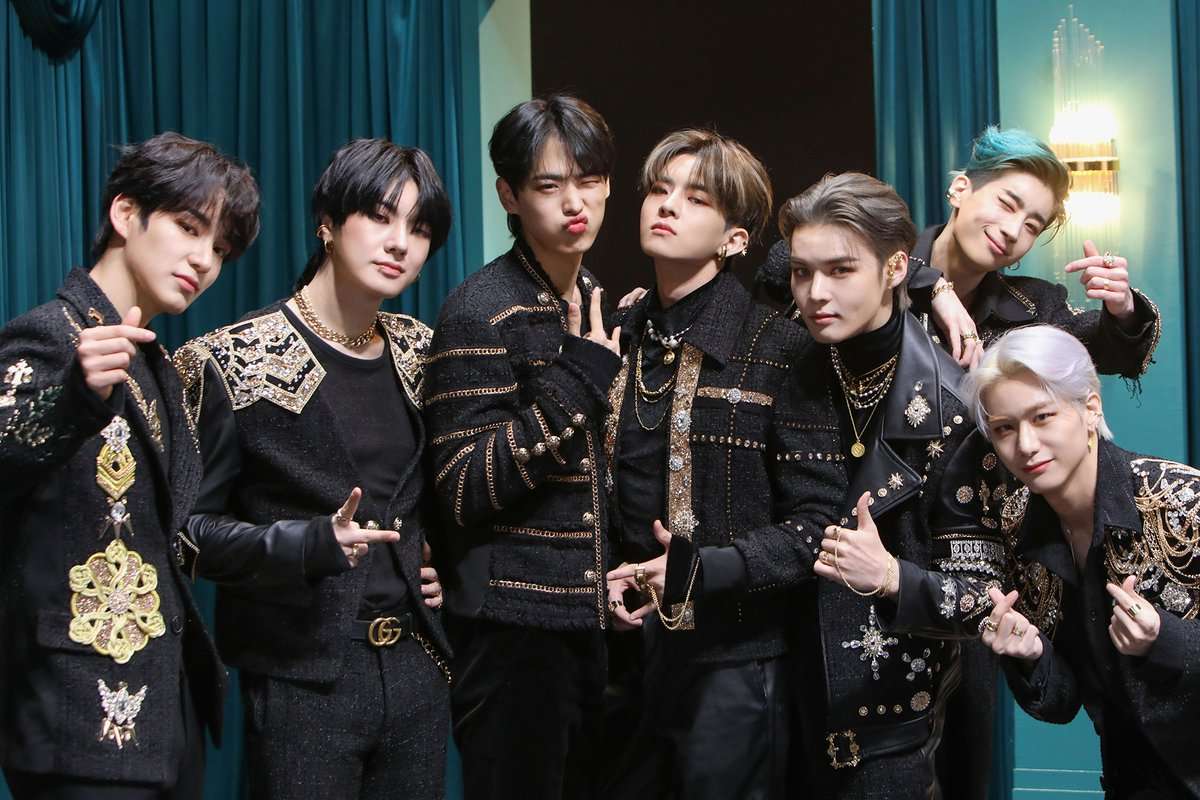 Victon has been pounding the proverbial pavement since 2016 so it’s about time they got themselves a full album. The mini album/single album thing is something that an old schooler like me had to grow accustomed to upon entering K-poplandia; and while I admit that mini/single albums allow groups to release music more frequently, there is nothing more satisfying than getting a full 13-track album. I know, I know, in this current climate of no in-person events, the more frequent the flow of music, the more promotion and more opportunities we get to see our favorite artists, even if it is only virtually. Victon’s latest gives fans a little bit of everything, including four solo tracks (Seungsik, Sejun, Chan and Hanse). But I am here to talk about the title track, What I Said, and all its explosive glory. 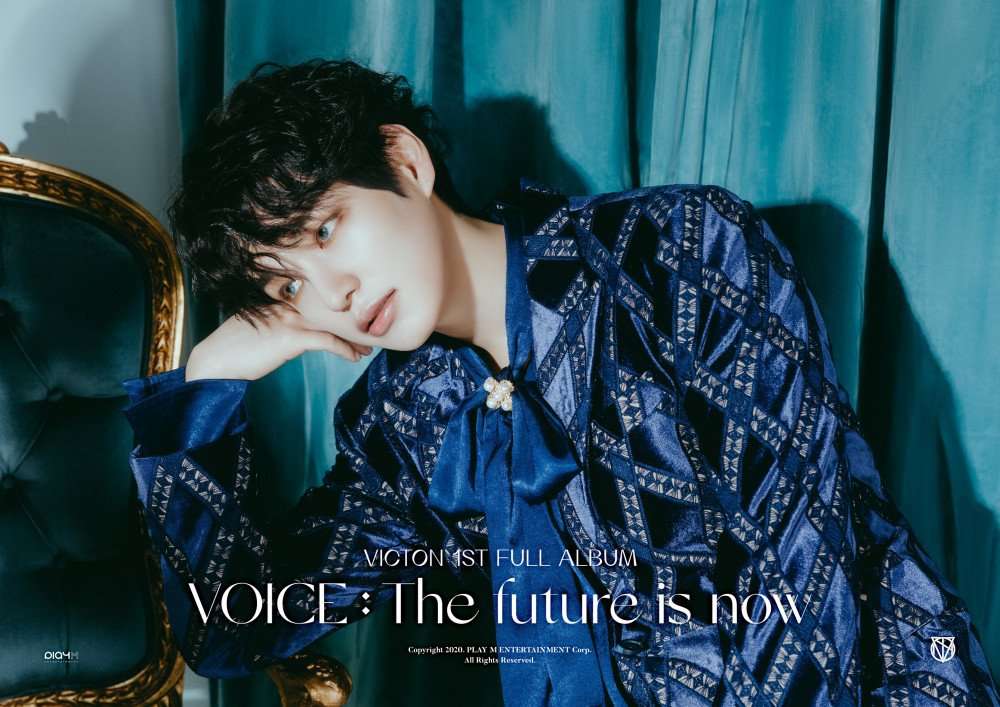 The song. Honestly, What I Said sounds so different than what I have commonly heard in K-pop recently and that’s a good thing. In an industry saturated with so many groups, it becomes increasingly difficult to stand out. What I Said with its unique flavor pushes Victon into their own lane and causes the kind of commotion that makes you pause and pay attention. What I appreciate about the vocal balance in the group is that Seungwoo, Seungsik and Sejun provide the kind of higher ranged vocals that allow for runs and improvisations while Byungchan, Chan and Subin are more mid-range which brings variety. What’s clear however is that all six of our named vocalists have phenomenal range and are solid. Even when we move quickly through the line distributions of this Latin-infused funk fest, it is noticeable. And then there is Hanse. If you want your K-pop rapper to have conviction, power and flow, then Hanse is your guy. When his two rap breaks show up in What I Said, you best hold on to something. I warned you.

Lyrically, What I Said feels like an inspirational song with lots of bravado (which translates to boat loads of swag in the MV) wherein this powerful and talented septet encourages us to take heed of their message and that is: look at us, we never faltered in following our dreams, we never gave up and you should aspire to do the same. Manifest that destiny.

All the stars are lining up around me
What I’ll say will turn into reality . . . 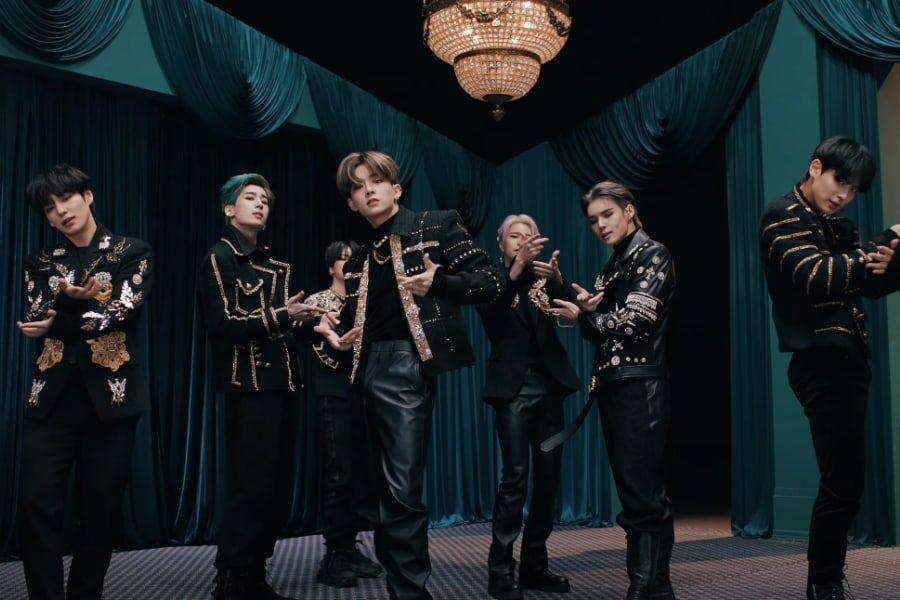 The MV. First, watch it in HD because everything is so gorgeous, including each and every member of this group! I love, love, LOVE Hanse’s second rap verse with the artful set/lighting, sharp camera movement, the word Reality superimposed on his face, the color palette and just the pure confidence and power that he (and his verse) exudes. The chess theme sprinkled throughout the MV is so cool. To me, it really parallels the song because life, like a game of chess, is contingent upon making specific moves in order to take control, move forward, gain success, and eventually win.

The choreography in What I Said is everything a K-pop stan could ever wish for when a group is so very adept in the dance department. Victon brings so much power and swag to this choreo and in doing so, continues to reinforce their message of never relenting and giving it all you got. Powerful message buoyed by powerful movement. 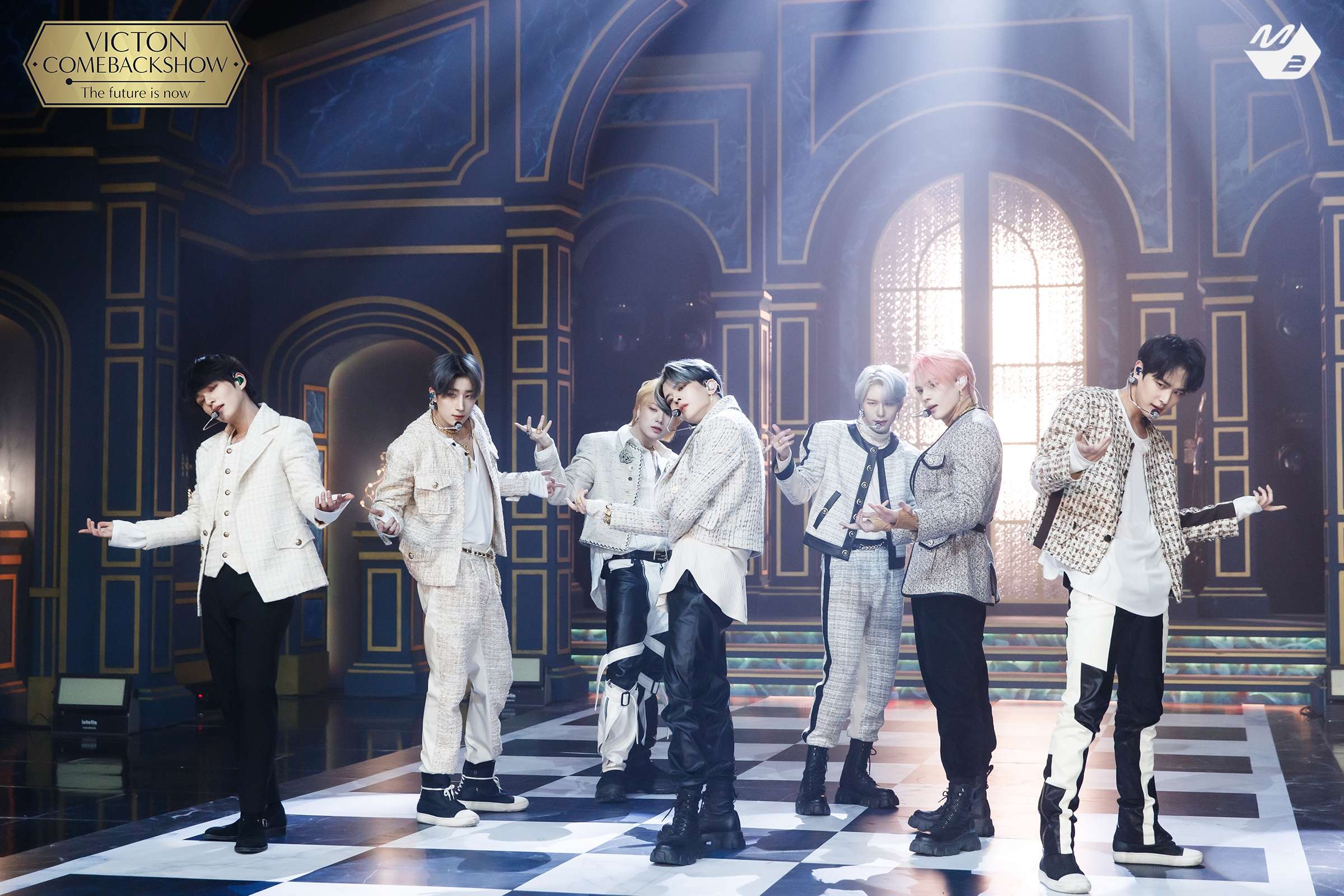 And now let me move into the shallow end of the pool to take a moment to gush over how handsome they all look. The impeccable styling from make up to wardrobe in What I Said make the MV quite the visual feast, and can also make one bias jump over the course of three minutes, thirty seconds. Yes, I think Alice would agree that settling on one bias in Victon can be next to impossible.

I have really only become acquainted with Victon last year. They were one of the groups I discovered during a K-pop music deep dive on Apple Music one night. But, they immediately made their mark as one of the few groups I stumbled upon that with only one listen of one song had me downloading their entire discography. Like I mentioned earlier, in a dense field of so many groups, it is difficult to make a mark big enough to be noticed, build a fandom and sustain. If What I Said is any indication of Victon’s philosophy of continuing to forge their dreams with a relentless belief in themselves, regardless of obstacles, then I’d say we will continue seeing and hearing a lot more from them in the many years to come. 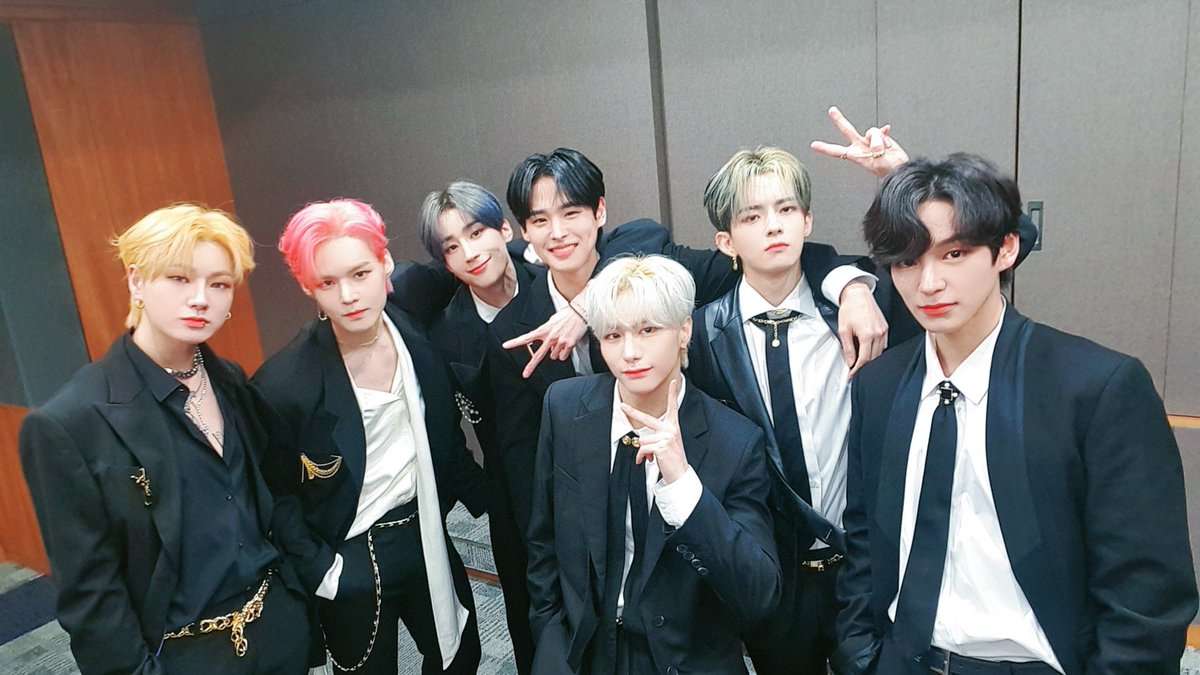 Have a listen to all of Voice: The future is now: