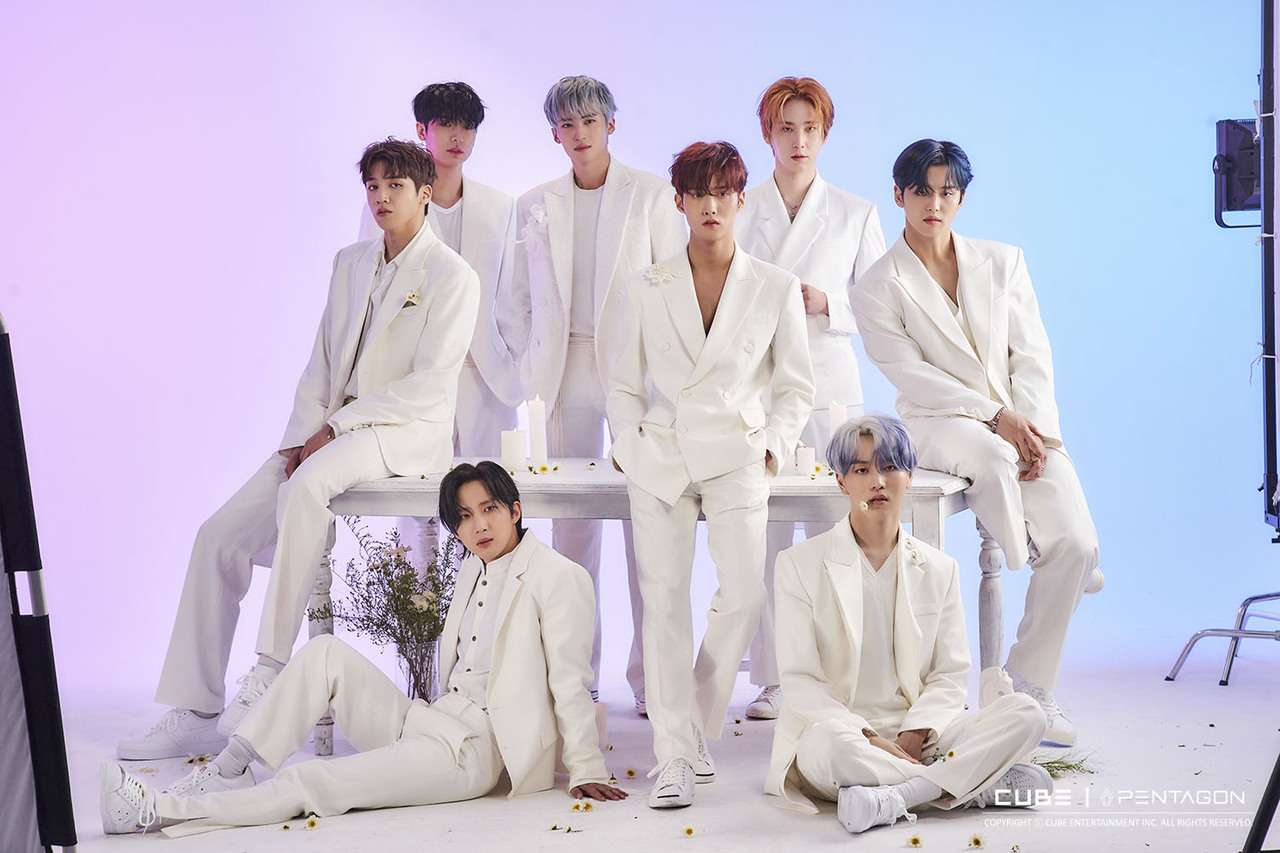 The year 2020 is going to be remembered for many things, a lot of which is not so good. But on the K-pop front in way of new music and comebacks . . . there is where I have found a silver lining. With so many comebacks all happening pretty much simultaneously, it’s hard for a mature (translation: old) fangirl to keep up. Pentagon was one of many that came back in the month of October and in my opinion really stood out with the title track Daisy from their tenth extended play album WE:TH. 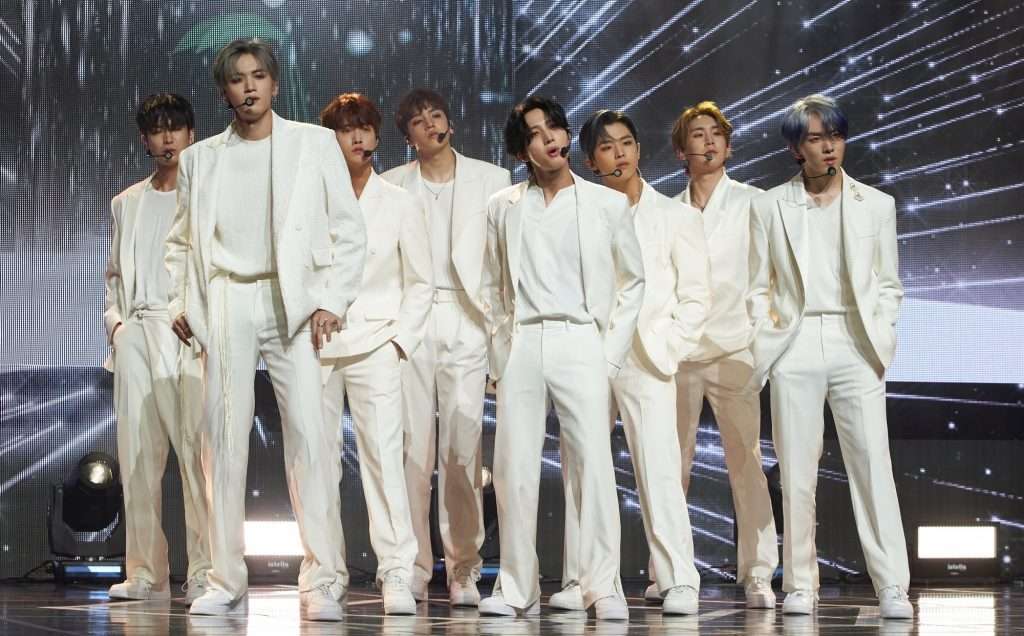 I have been steadily tracking Pentagon since the release of Shine back in April 2018. Since then I have had the opportunity to see them perform live during their 2019 Prism Tour and more recently, they held an online fan meeting which was a complete blast even in a virtual environment. Of course it would have been much better to have seen them in person but COVID, you know. When news of a comeback hit, I was really looking forward to new music even though they already had a 2020 comeback with The Black Hall back in February. Who am I to complain? I say the more music, the merrier. With each new project, the members of Pentagon continue to mature, releasing music that is thought-provoking along with accompanying visuals that are cinematic explosions of their artistic psyches. Daisy, in short, blew me away.

The song. The song is a little bit of a departure from what Pentagon has generally released as a title track in the past. Daisy feels somewhat more experimental and indeed different from the average K-pop song. I think writer/composers Hui and Wooseok are masters at giving songs an energetic upbeat feel composition-wise while packing some darkness and even self-deprecation in the song lyrically. Shine is a great example. And here with Daisy is yet another.

Lyrically, Daisy burns with bitterness. Bitterness towards a relationship that was perhaps one-sided. Bitterness in discovering that the one you have loved feigned affection in return. Bitterness in wishing equal pain on the one who caused the hurt and perhaps the demise of the relationship. And then the twist: the realization that no matter how hard one tries to call upon every karmic force to destroy the one who has broken their heart, it is not what that broken heart truly desires.

The MV. First, let me just say . . . wow. I honestly feel that in 2020, K-pop artists have taken the music video interpretation of their songs to new cinematic heights. Many feel like mini movies and Daisy is no exception. I felt like I was watching the eight members (sooooo happy to see Yanan back, and cannot wait until they are nine again when Jinho completes his mandatory military service) being physically tainted or destroyed by love. Each segment/member filmed in a different color, it was visually spectacular; but, I admit I did not grasp the meaning until the end when a commentary message was left at the close of the video. The literature major in me could not be more delighted in the way the group, the director, and the entire production team tied the song and MV together with a brilliant metaphoric bow.

I will share that message here (along with a little color/member guide) so you have it while you watch the MV:

Love burns everything, even myself, and fades away like smoke when I look back. Left here with pain and resentment, all I can do is muttering the lie that I hope for your tragedy. If emotions were light, the pain of tearing each other apart would be a chaos of colors. But when those colors come together, they shine brighter and brighter until they become a single white ray of light. Emotions are petals, each with a different shade, and these petals together bloom into a pure white daisy. In the end, we return to our most innocent state, which can lead to another beginning. Sorrow lasts a second, but what we share in our universe is eternal.

Again, wow. Also symbolic (and yes, I had to look this up) is the white daisy. White daisies symbolize innocence, purity and new beginnings, and are often gifted to newborns and/or their parents. At times, new beginnings seem out of reach. Especially from where I am sitting here in the US. In a divisive world, it is easy to feel jaded, angry and scorched by the chaos of colors that refuse to unite. But the promise is there, right? I like to think so anyway. In the meantime, I know I can always count on music and the message of hope that can even be found in the unlikely place of a break up song. 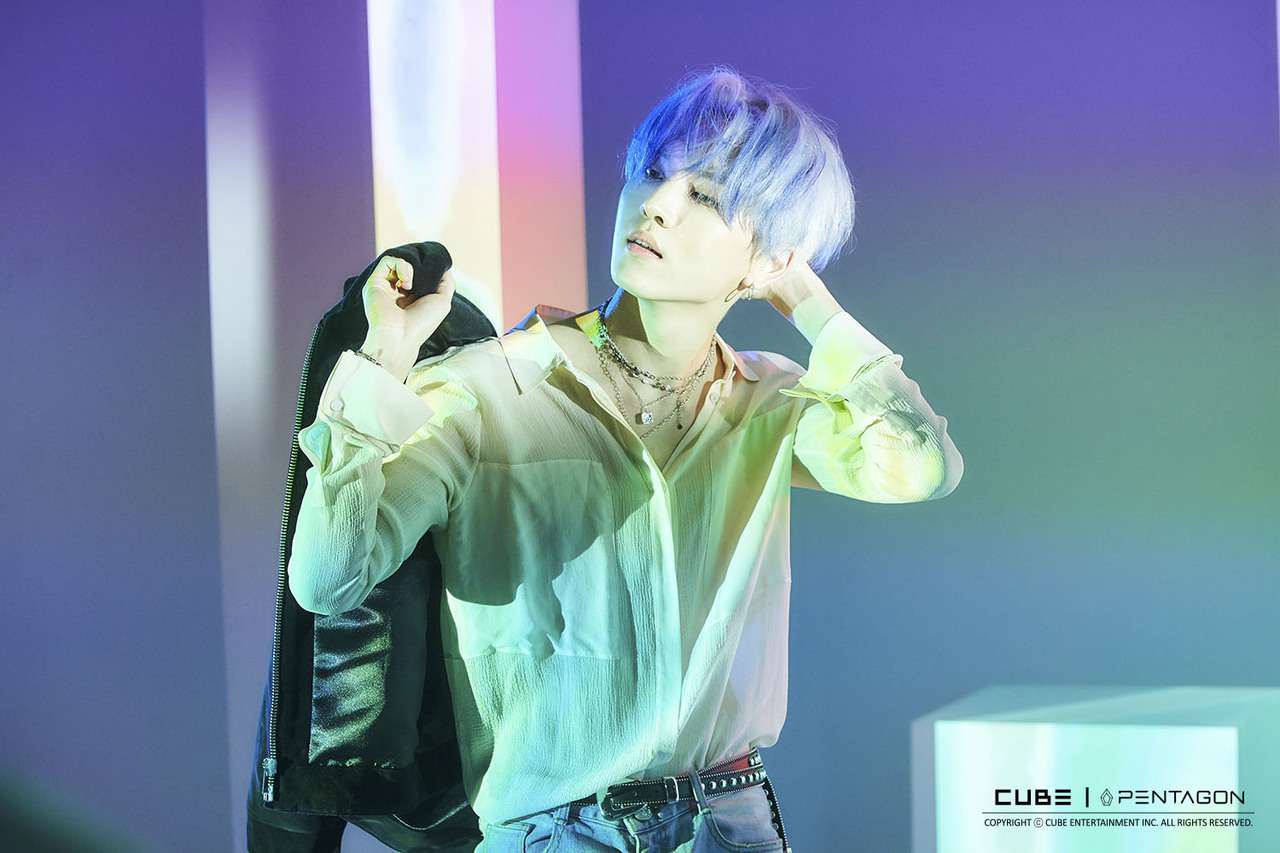 You can check out Pentagon’s WE:TH here:

2 thoughts on “On My Playlist ~ Daisy [Pentagon]”