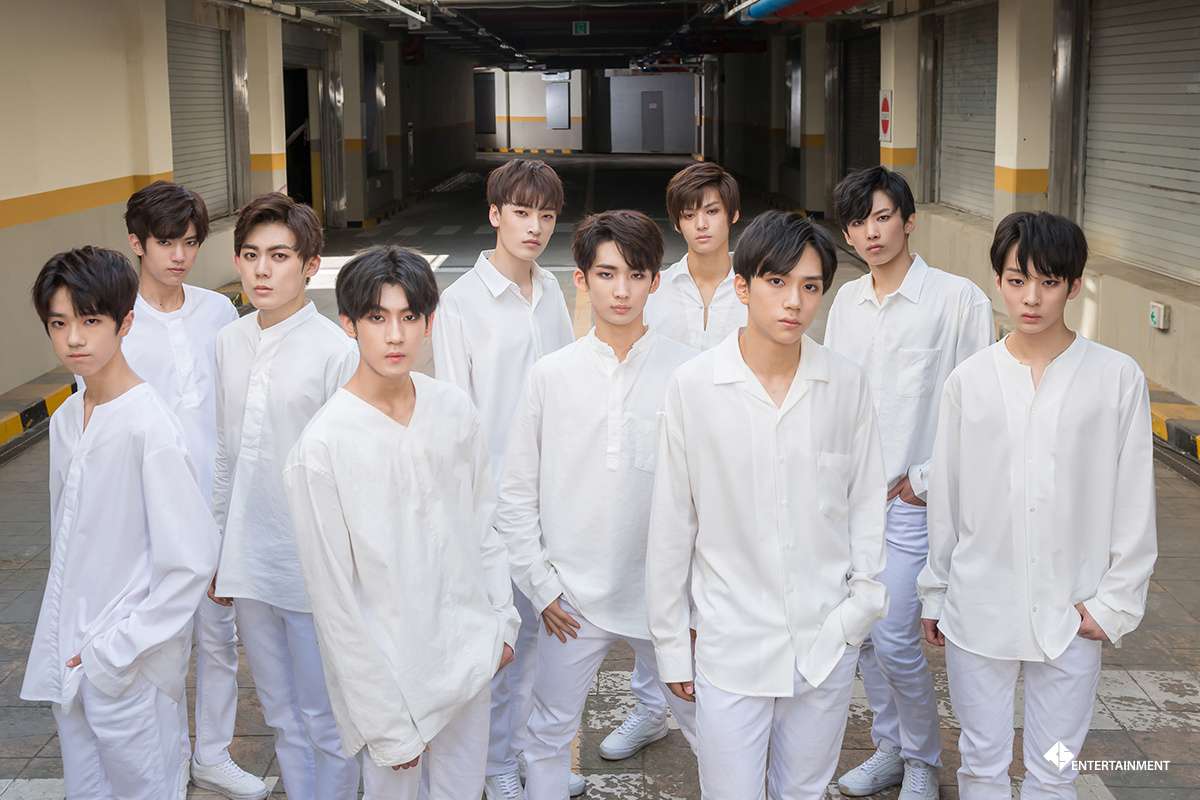 I never considered myself a person plagued by any kind of serious compulsive disorder but maybe I should rethink that when it comes to music. Heh. I admit that I often get fixated on an artist or group, or even genre when it comes to music. As a result, that fixation will keep me in a holding pattern where nothing else sneaks in for even a second. This can last for hours, days, weeks, even months. But then every so often, I move out of that compulsive mindset and just hit the shuffle button and let the music chips fall where they may. That happened this past weekend and I was pleasantly surprised when TRCNG’s Paradise shuffled its way out first. 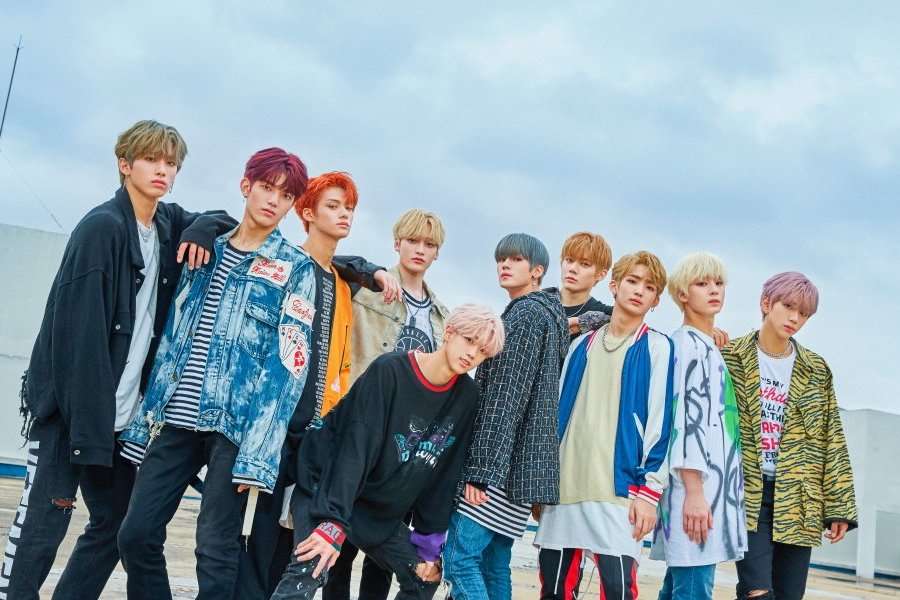 First let me say, I am pretty simple when it comes to K-pop, far from sophisticated, and quite slow on the uptake. I know very little about these young men. I happened upon them when I fell down a K-pop rabbit hole one evening while exploring Apple Music. I liked the sound of Paradise so I grabbed it and put it on a playlist. I am easily swayed by R&B (one of my favorite genres of music in any language) and always appreciate when K-pop groups explore their soulful sides. Paradise hits the R&B spot, nicely. I don’t quite understand the MV, but its low key horror film-esque feel is kind of perfect for the end of October with Halloween just around the corner.

Nice vibe, right? Vocally smooth and solid, it just hit the perfect relaxed weekend spot. I dug a little to see what I could learn about these babies (yes, all born in either 2000 or 2001 ~ yikes, I feel old)! They debuted back in October of 2017 under TS Entertainment. The acronym TRCNG translates to: Teen Rising Champion in a New Generation. Since their debut, they have released one extended play album and four single albums. Paradise, was released in May of last year. In September 2019, the group released another single (Missing). Since then, nothing. So what is going on and why hasn’t there been any new music in over a year?

I think has a lot to do with their agency and ongoing lawsuits which unfortunately include two of the now former members of TRCNG, one of which was their leader, Taeseon. The dark side of K-pop will always bother me. In November 2019, Taeseon and fellow former member Wooyeop brought a criminal complaint against the agency for child abuse, assault and extortion. They also filed a request to cancel their contracts and subsequently left the group. Those are hardcore allegations to be sure and given TS Entertainment’s well-documented abusive history (see B.A.P), a toxic environment almost seems on brand. TS of course refutes this and what is also sad in this entire mix is that the parents of the remaining members threatened to take legal action against Taeseon and Wooyeop for causing the group to halt activities as well as accuse them of spreading false information. What a mess.

I have no idea what the status is of any of the alleged legal actions. Still, it seems the remaining members keep trudging along. They remain active on social media and in fact, just celebrated their third debut anniversary. 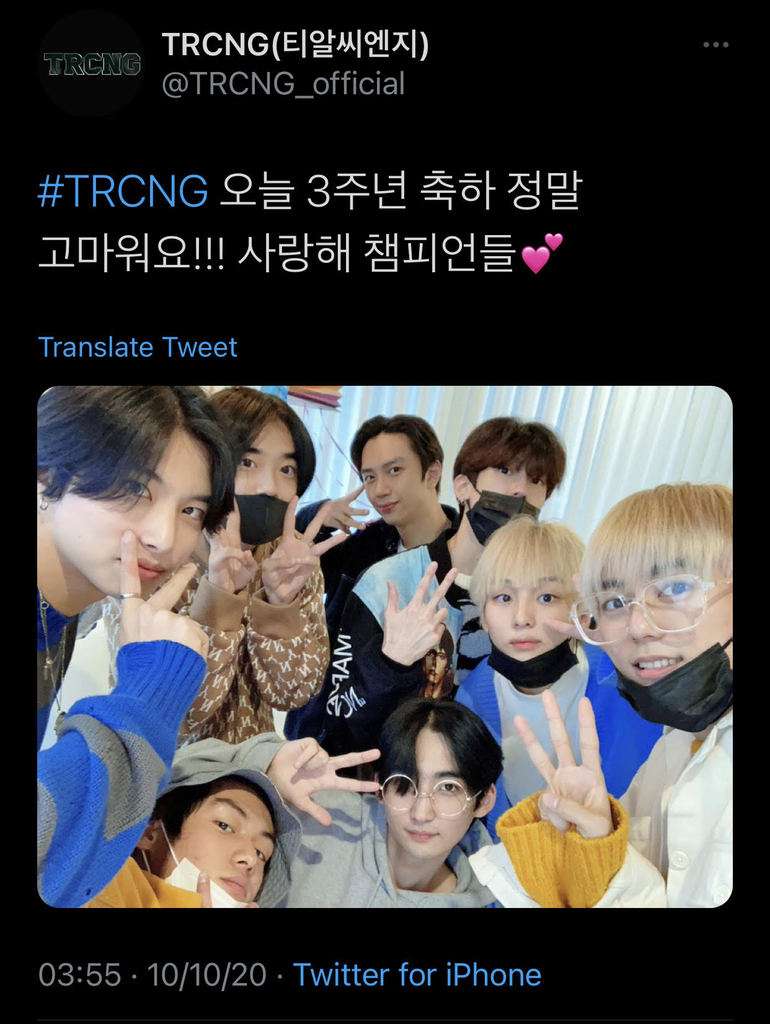 I am cheering for them and hope these resilient and hardworking kids get a comeback at some point very soon. Even amid the current social distancing environment, music is still very much allowed to get close and invade our personal spaces. Hang in there, babies . . . I will be rooting for you!

Check out some more TRCNG here:

One thought on “On My Playlist ~ Paradise [TRCNG]”