Each one of us has our own way to navigate and express emotion. Some are screamers while others are silent. Some are weepy while others are stoic. Then there are the lucky ones who are able to express emotion through art. I do not know where G.O would fall on the spectrum were he not an artist. But I do think he most readily has used music to reveal the emotions of his heart be they emotions that have expressed happiness or those that have been wrought with heartbreak.

My G.O One Shot for this 701st day of his service is a capture of emotion during a song. On 17 September 2015 our beloved men of MBLAQ performed at the Damyang World Bamboo Expo Celebration Show. They performed three songs that day, all three of which are powerful and expressive songs that could could easily manifest emotion physically through G.O: Mirror, Mona Lisa and This Is War. I do not know who captured this is shot or during which song it was taken. But, it does not matter. It is breathtaking and beautiful . . . song notwithstanding. 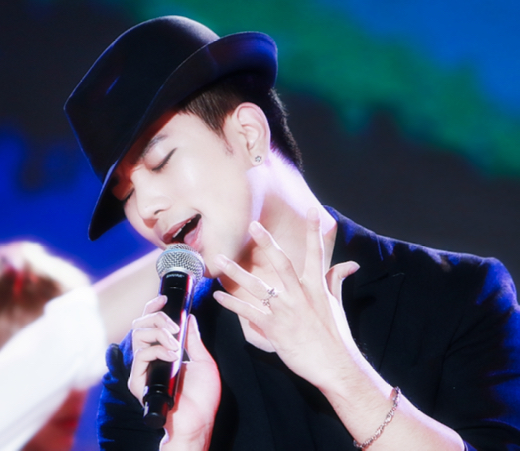