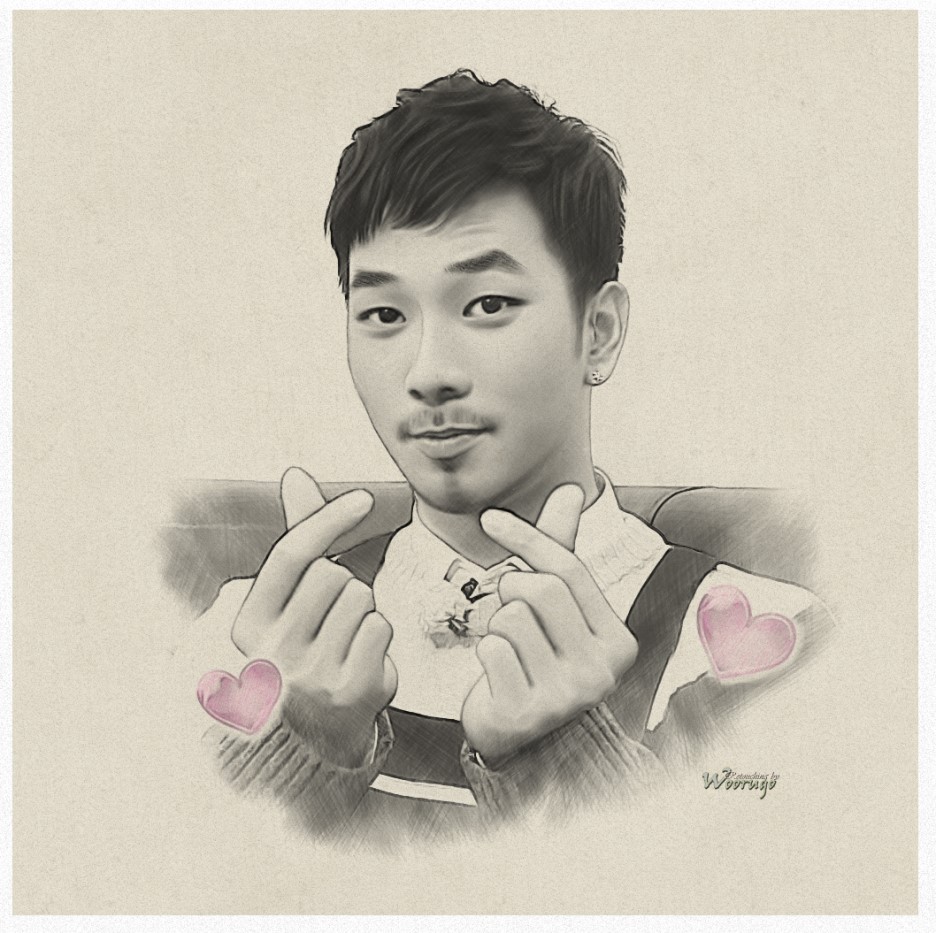 Today’s Fan-ART-astic moment comes courtesy of one my fave fan art artists, Woorugo. I did not realize Woorugo created a rendition of G.O from his appearance on King of Mask Singer so when I first saw it, I was floored and flooded with emotion. Then again, Woorugo’s art always hits me straight in the heart. There was something about this moment in G.O’s exit interview on King of Mask Singer that made him a hundred fold more endearing than than we already knew him to be. He was somewhat reticent yet at the same time managed to be forthcoming with his thoughts and feelings about what was going on with him emotionally. I don’t believe he felt defeated for not advancing further on the show, but rather a sense of accomplishment after having weathered the storm of doubt he was fighting since the end of 2014.

What I love about Woorugo’s rendition here is the capture of his eyes. Mixed with the mischief of the moment is still a somberness that makes me want to hear even more of his thoughts and feelings. Oh and yes . . . hug him.^^