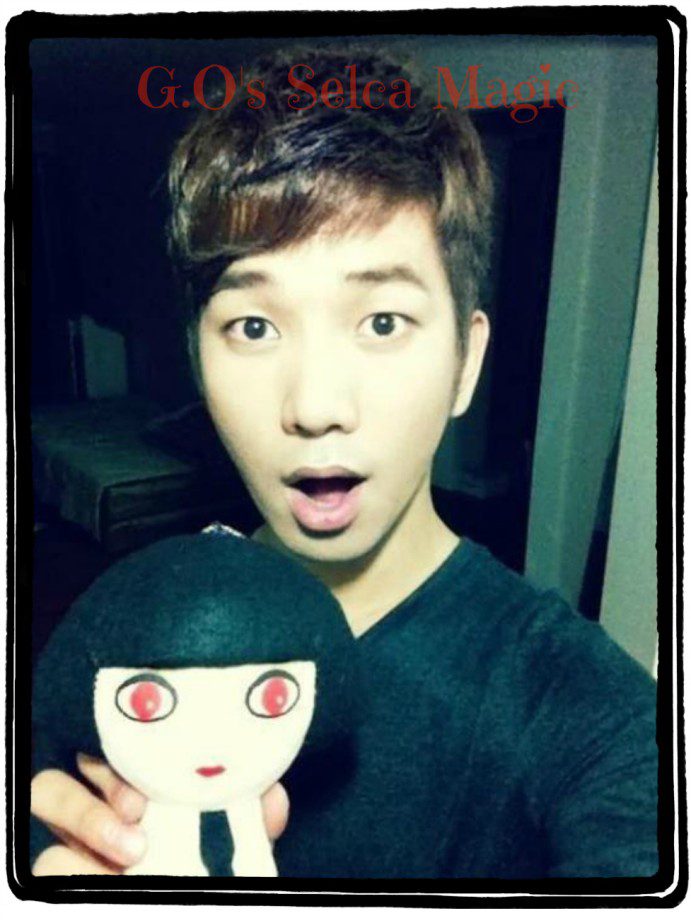 In the wee hours of Wednesday morning, 16 August 2017, MBLAQ’s undisputed king of selcas, the charming god of communication himself, struck again with another survival report for the month of August. Although it was past 1AM Seoul time, G.O did not seem phased by the late hour, giving us another peek of his fine self while at the control panel of his cozy recording studio. The caption to the update read, ‘yes, this is a new hair style.’ You know, I find this military cut rather becoming on him. And that goatee is really filling out, isn’t it?!

Several hours earlier G.O had opened a chat room in MBLAQ’s daum cafe to connect and engage with his fans. From what I can tell, he was looking to get some feedback regarding his upcoming fan meeting in February. See what I mean about G.O’s level of fan service? You cannot even call it fan service because it stretches far beyond what is ordinary. I have written extensively about how G.O’s fan service is in a class of its own, because it is. In fact, it is not really fan service at all, it is love.

I cannot get enough of this man’s gracious and thoughtful nature. It is intoxicating. And, as long as he keeps bombarding us with updates, I think we will all remain pleasantly drunk on G.O’s love.