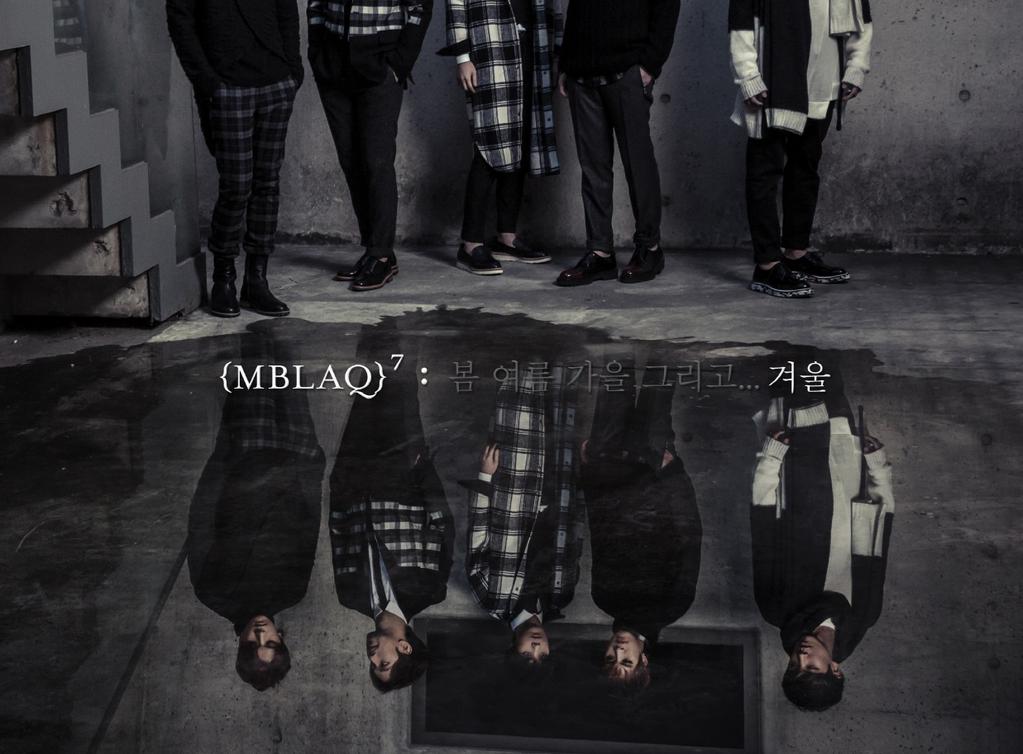 There are many reasons for a native Chicagoan to dislike (and often detest and incessantly complain about) the most brutal of all seasons, winter. Winter often denotes the transition of everything in nature that was once warm, light, lush, in bloom and alive into something that is cold, brittle, barren and dying. Winter is a time of hibernation, and also a time to leave.

When I  discovered that the new MBLAQ mini album being released on November 25th was to be entitled Winter and was to be an album of ballads, my heart felt heavy and somewhat sad. At the same time, however, hearing that this album would feature self-composed songs by the men, and G.O would be producing, I immediately became impatient to hear it. Now, after having it on repeat and listening to it non-stop, I have only one complaint: there are simply not enough songs.

Winter, MBLAQ’s 7th mini album is a five track CD of pure melodic heartache wrapped in poetic music and lyrics. And, all self-composed. We have been used to seeing composer credits attached to Cheondung, Mir and G.O – but Winter gives us two songs penned by leader Seung Ho. Yes, there is something quite special about that indeed.

I have never once doubted G.O’s ability to compose and arrange songs. Having him wearing the co-producer hat for Winter confirms for me (and should confirm for everyone else once they have a listen) that he is a gifted artist delivered to us from another place and time where music was most certainly the food of gods. Special. Sacred.

Too dramatic? Well, let’s have a look and listen then shall we? 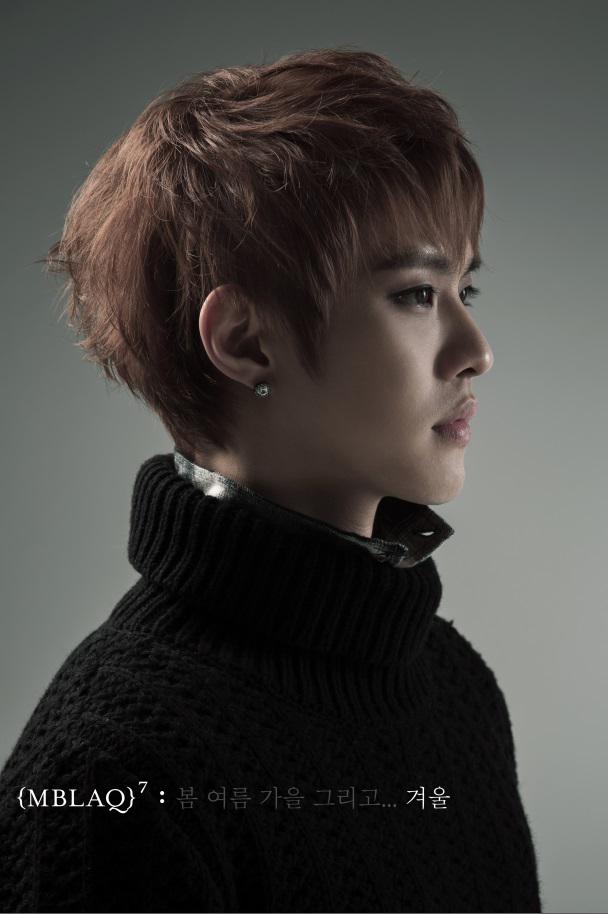 Winter opens with a gorgeous and emotional instrumental piece, Live In The Past, composed by MBLAQ’s quiet and often aloof leader, Yang Seung Ho. Seung Ho did not earn the moniker “Yang Chopin” accidentally. And, in all of that stoic coolness that he often presents in his leader role, I am convince there is a heart of a gentle and passionate poet in him. Live In The Past tells the a story of love, conflict and loss. You can hear the story in his notes. You don’t need to have lyrics to feel what he is trying to convey. The opening strains feel joyous. Like the early throes of love. And then quickly move to what feels like conflict. which ultimately ends in loss and sadness. Upon first listen, I burst into tears. Seung Ho’s piece may only be a minute and 42 seconds long, but it is powerful. Being able to convey all of that in that short amount of time is just brilliant. 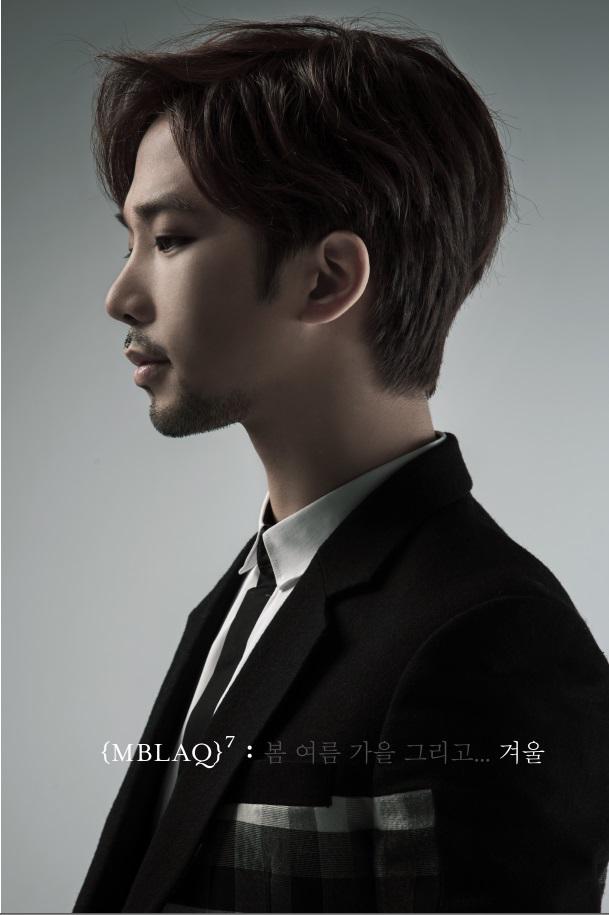 The second track, I admit, is the one I was truly interested in hearing and experiencing as it is written, composed, arranged and produced by G.O. Spring, Summer, Autum….and is everything I would have expected to be born of G.O’s heart, and more.

How he manages to make this sad break-up song sound so gorgeous is a true testament to how he has written, composed and arranged it. I believe G.O has a treasure chest of melodies that actually disguise themselves as his heart beat. Where some geniuses hear voices, G.O hears melodies. Spring, Summer, Autumn…and is an aching ballad wrapped in the sweetest and gentlest melody. The soft voices of Cheondung, Joon and Seung Ho create a nice base for G.O to sweep in with the chorus or towards the end of the song with the line, “Eonjerado gwaenchanha nareul chajawa baby” (“I don’t care when, just find me baby”). When G.O goes for those long-held powerful notes, I admit, my heart explodes.

And his lyrics….well. G.O writes of heartache and loss like he has lived it, and often.

There’s no meaning to my waiting
To you, I’m just a past memory
I’m barely surviving each season that is filled with memories of you
I don’t care when, just come find me baby

Once again Mir’s quiet rap gently arrives and like raindrops quietly falls into the song perfectly. G.O and Mir know exactly how to work their magic in a song together and I absolutely love these moments of restrained rap from Mir. Even though he possesses a strong rap voice, I often find his quiet, gentle raps far more powerful.

To me this is a perfect R&B ballad that is so exquisitely arranged and produced by G.O and Retro Funkee. When I listen to this song I long for them to continue to collaborate because they obviously have a creative synergy that makes some seriously beautiful music. In fact, Retro Funkee has writing, composing and arranging credits on this song with G.O, with a lyric credit also going to Mir. 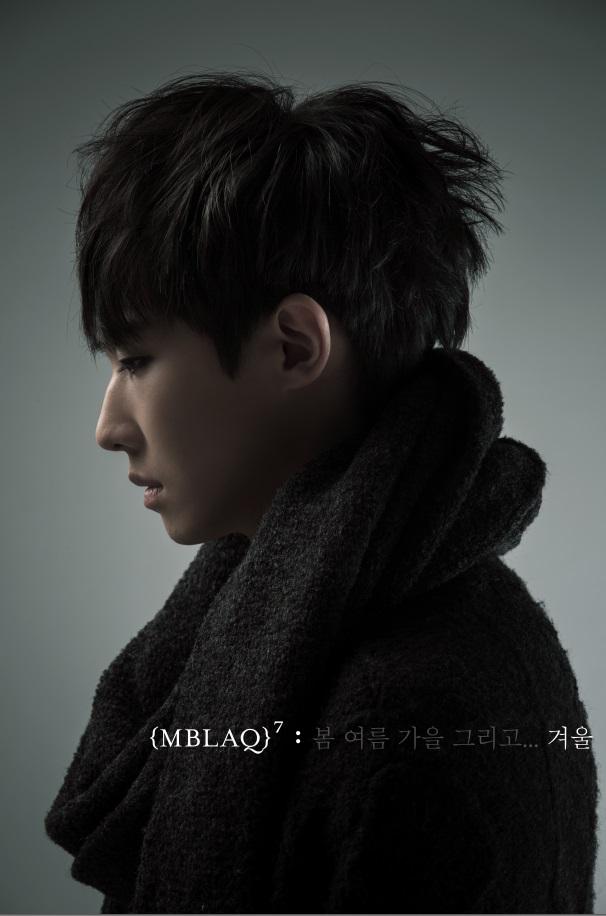 The third track, You Ain’t Know, was written and composed by Seung Ho, his younger brother, Yang Seung Hoon, with an assist by Retro Funkee. This one has perhaps the most pop feel of all of the tracks and has a catchy chorus. What I love about this song is the delicate piano that sweetly opens it and then threads through it like a net cradling the strong tight vocals. You Ain’t Know is another break up song where our hero of the story cannot move past the idea of losing his love and further cannot understand how she can go on after such devastation.

I’m still here in the same place but you keep getting farther away
You pass me by like it’s nothing and I can’t say anything
If you look at me, if you look at me just once, I would be able to take it at least a little.

My mind starts to churn over the idea of what if this album does mark the end of MBLAQ as we now know it? I think the roles then would be reversed and we would be the ones devastated by the loss of the five of them together as one even if they are able to move on past the devastation.

Maybe I am just reading too much into this, right? 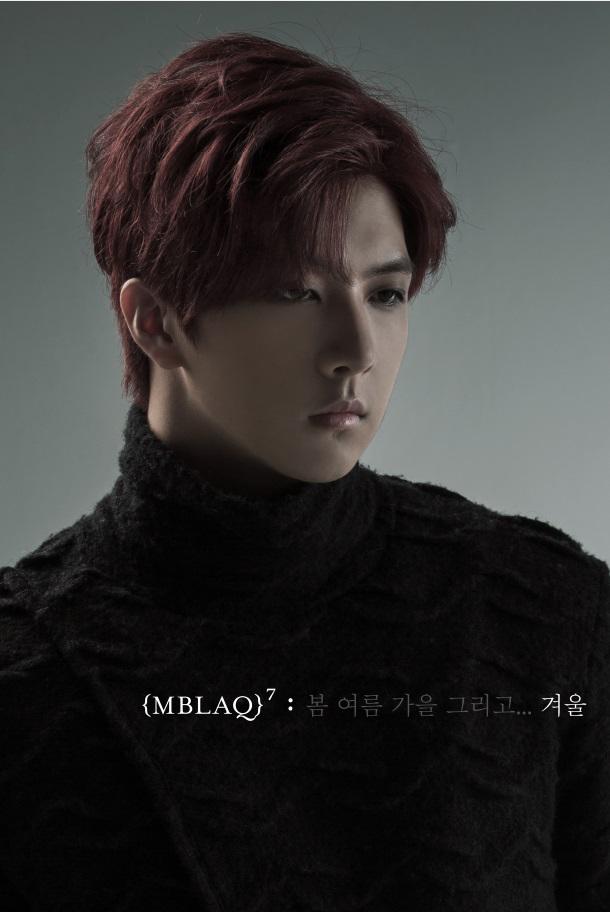 Words That Would Make It OK is the fourth track and is written and composed by Cheondung featuring Hyemi from K-pop group, Fiestar. Oh my…I absolutely love G.O’s voice in this one. Sorry, guys…I just cannot fight the bias. There is one point in the song where G.O and Seung Ho are trading off vocals and I lose myself in 87-Line land! The “baby, baby jaebal….” OMG….G.O’s voice.

Baby baby, please don’t leave me, I want to stay by your side
I don’t care about the pain, I just need you alone, I’m alright
Baby, if you leave without a second thought, how can I forget you?
When you said I would be okay when a lot of time passes, I don’t think I will.

Cheondung has written and composed an emotional song of heartbreak and longing. Hearing G.O sing those words above just rip my heart apart. 헐.

I really like how this one was arranged. Cheongdung is maturing nicely as a composer. It also seems quite evident that he is working hard and is really moving toward being more of a vocalist over a rapper. I like that.

Although there was no rap element in this song, the quiet whisper Mir gives us at the close of it seals the heartbreak…. 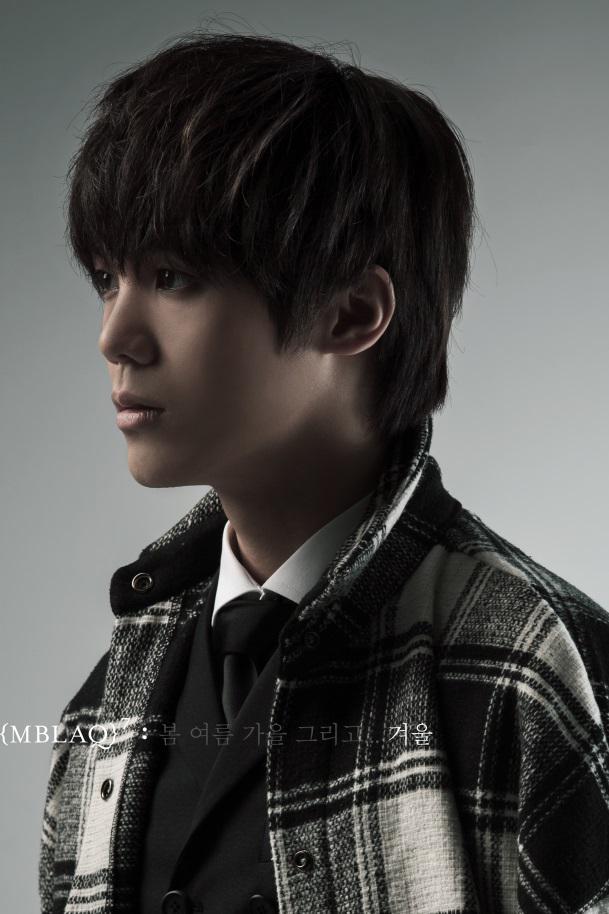 The fifth and final cut on Winter is a reworked, and unplugged, acoustic version of perhaps MBLAQ’s most devastating break up song, 녹(Rust). When I heard they were adding an acoustic version of Rust, my first thought was….this must really mean the end. Why would they include that song as a reworked song on a new album? Sorry, but I saw it as message to us, the fans. Could this really be good-bye?

Let’s depart, even though it
Might be hard now
If time passes by, it will all be
Okay, please forget me now too
Leave me, don’t love me

Amid the backdrop of just a piano and their own a cappella-ed voices, this version of Rust is harrowing. From Mir’s hushed and emotional whisper, Joon’s emotional opening all the way to G.O’s absolutely heartbreaking close (and all points in between), I cannot make it through this song without falling apart whether it is the reworked version here, or the original. All five voices, full of emotion. But the emotion in G.O’s voice is distinctly palatable. When he sings those words, he means it (as always) but there is an added extra layer of hurt and sadness here. G.O always sings with incredible emotion, but there was something more in his voice in this version. I cannot help but wonder if he was indeed crying as he sang it. I know….I just know they will sing this at their Curtain Call shows….the question then will be: will there be any dry eyes in the entire venue, including the five beautiful men themselves? 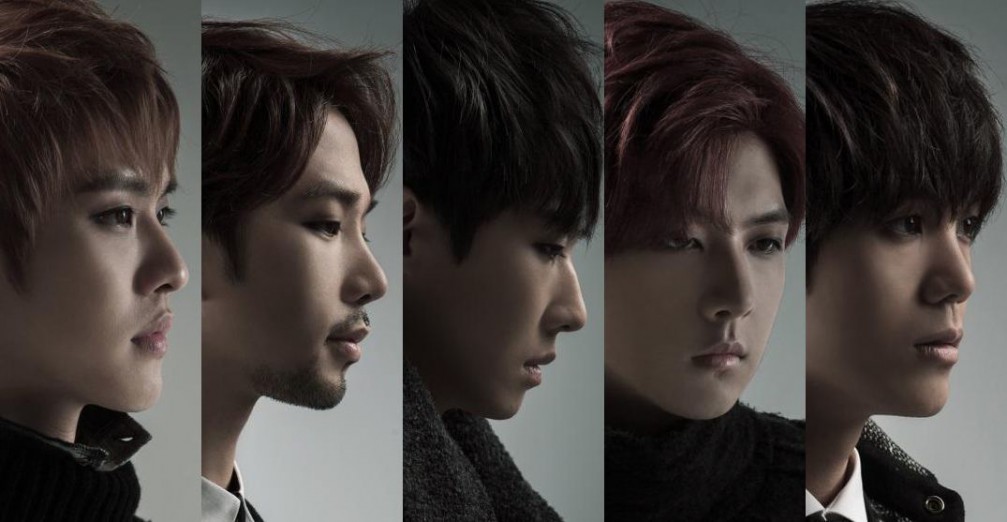 When I first heard that the concept of the new mini album was to be ballads only, penned by the men themselves, I had absolutely no idea it was going to be as heartbreaking a ride as it was. Winter, in all of its sadness, is a work of art. The fact that the men had full control of the writing, composing, arranging and producing makes it even more special. It also confirms that the five of them were put together (and expertly so by Rain) for a reason. Each brings to the table something special individually. When you let that ‘special’ collide, churn and brew, the end product is a unique voice and presence in the Korean music world and one that I do not want to see fall apart and separate. It is difficult to predict exactly what will happen after the two Curtain Call shows scheduled for November 29 and November 30, respectively, but whatever the outcome, one thing is for certain: MBLAQ has given us the most amazing five years. Five years filled with their hearts, their souls, their imaginations, and their tears. I know I am forever changed for having found them.

7 thoughts on “When Your Bias Makes You Rethink Winter”