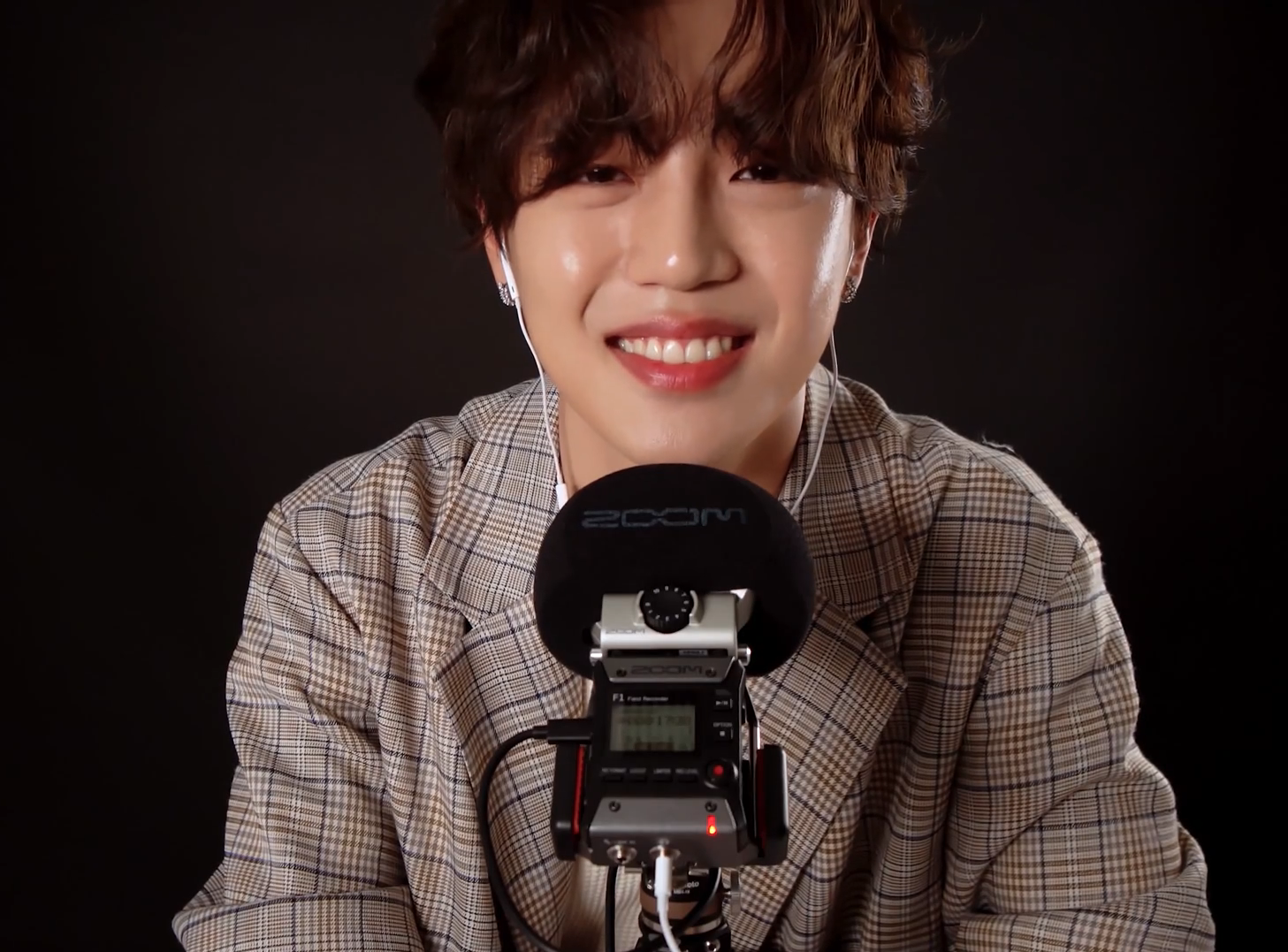 I cannot remember exactly when the ASMR craze started but I think it was somewhere around 2018 or so. It seemed everyone jumped on the amplified whisper bandwagon, including some of our favorite K-pop groups. A.C.E was no exception offering up some fun ASMR moments via their VLive channel which included an ASMR reading of song lyrics. Back in February 2020, Donghun took the ASMR mic and shared a reading of the groups second single release following debut, Callin’. 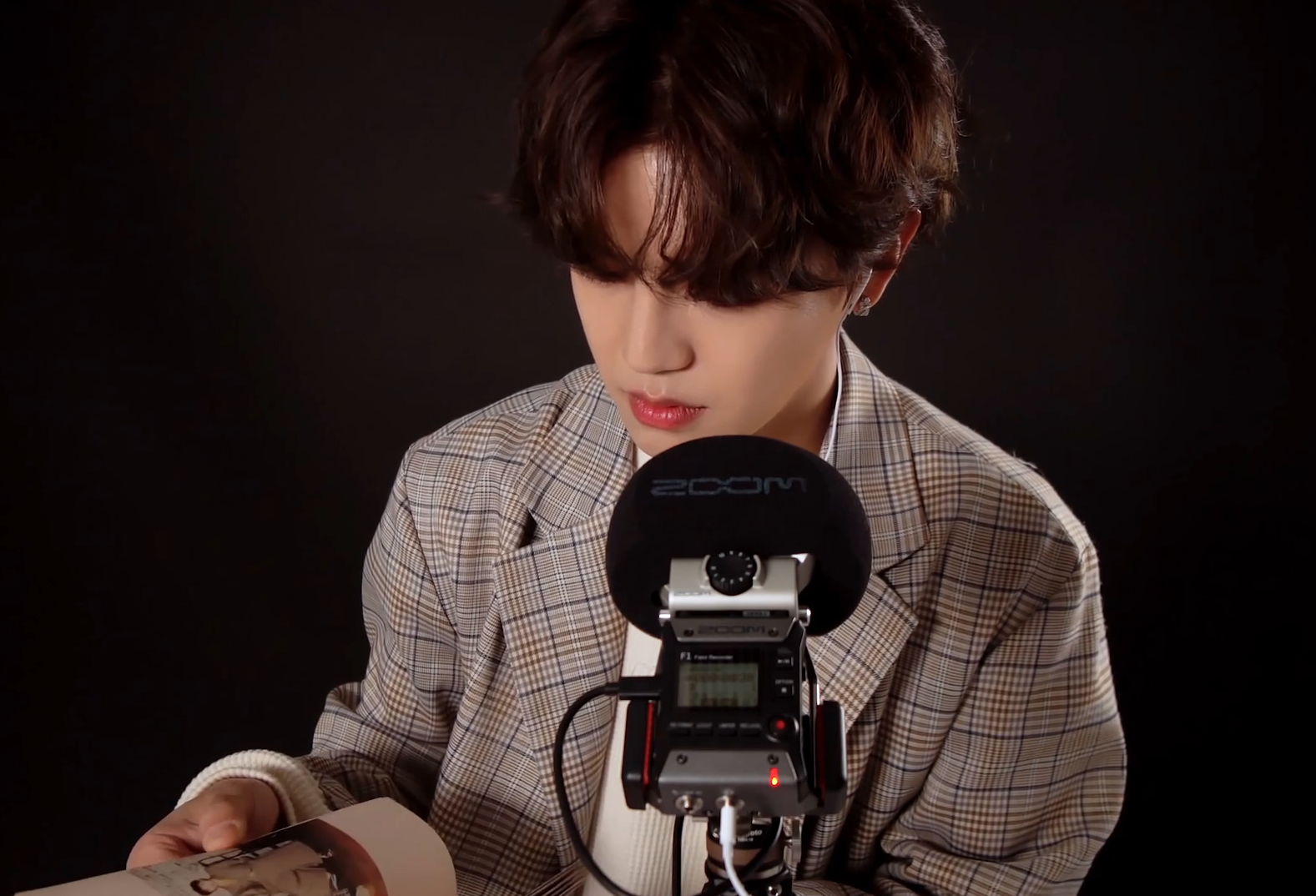 More than just offering a decompress and atmosphere of relaxation as is the general MO of ASMR, I enjoyed Donghun’s ASMR reading on a more appreciative level because he offered some additional thoughts about the song, the meaningful lyrics, and the fact that those lyrics were his favorite of all the songs on the repackaged Adventures in Wonderland EP. ASMR in and of itself is supposed to trigger a sense or feeling that is soothing, and the nostalgia that seemed to wash over Donghun as he thumbed  through the photo book and read the Callin’ lyrics made it all that much more winsome and sweet.

He’s so adorable, isn’t he? Even though he promises that his next ASMR outing will be more fun, I think he needs to understand that he could read the phone book and fans would still be all hearts-in-eyes for this guy. At least I know I would.😍 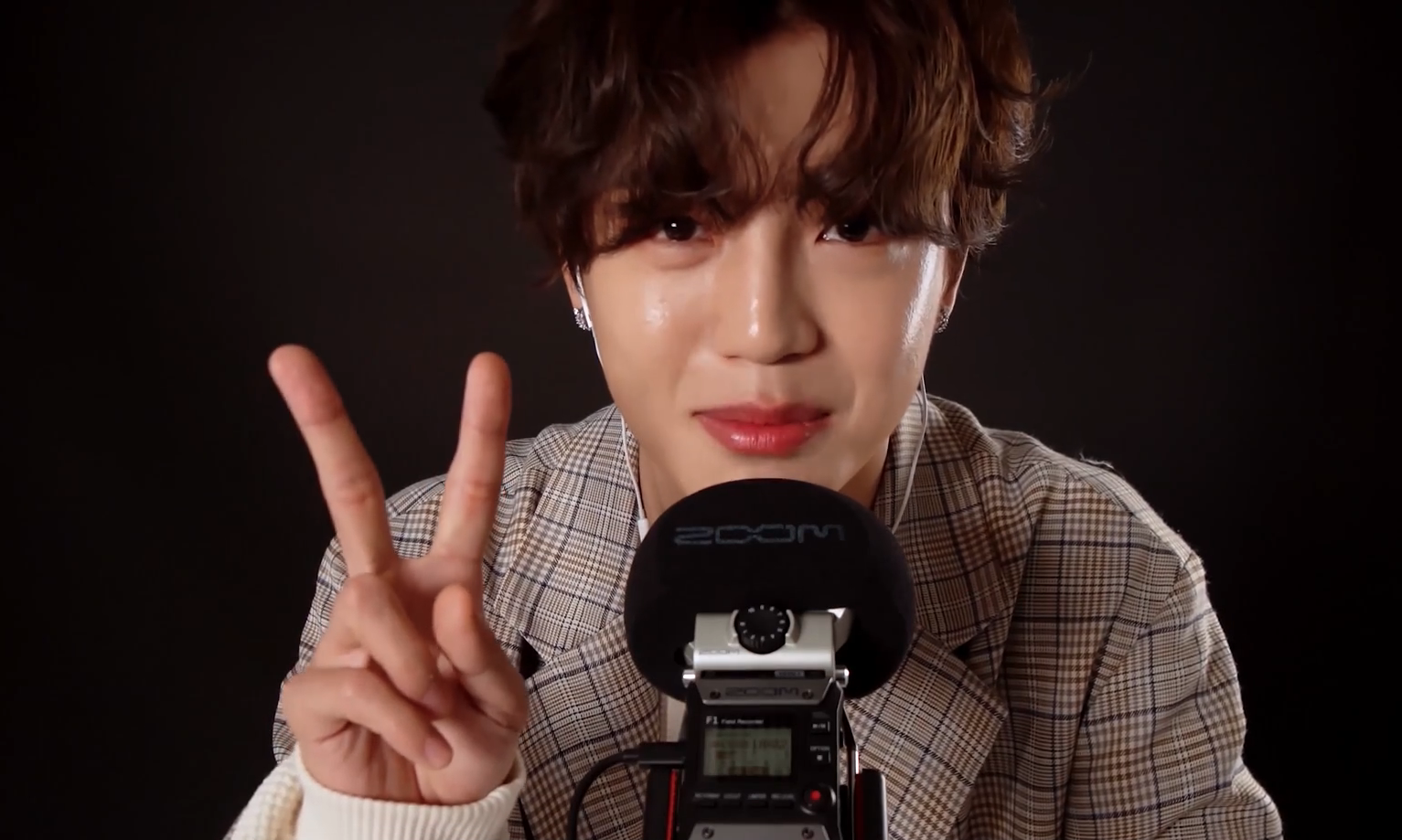 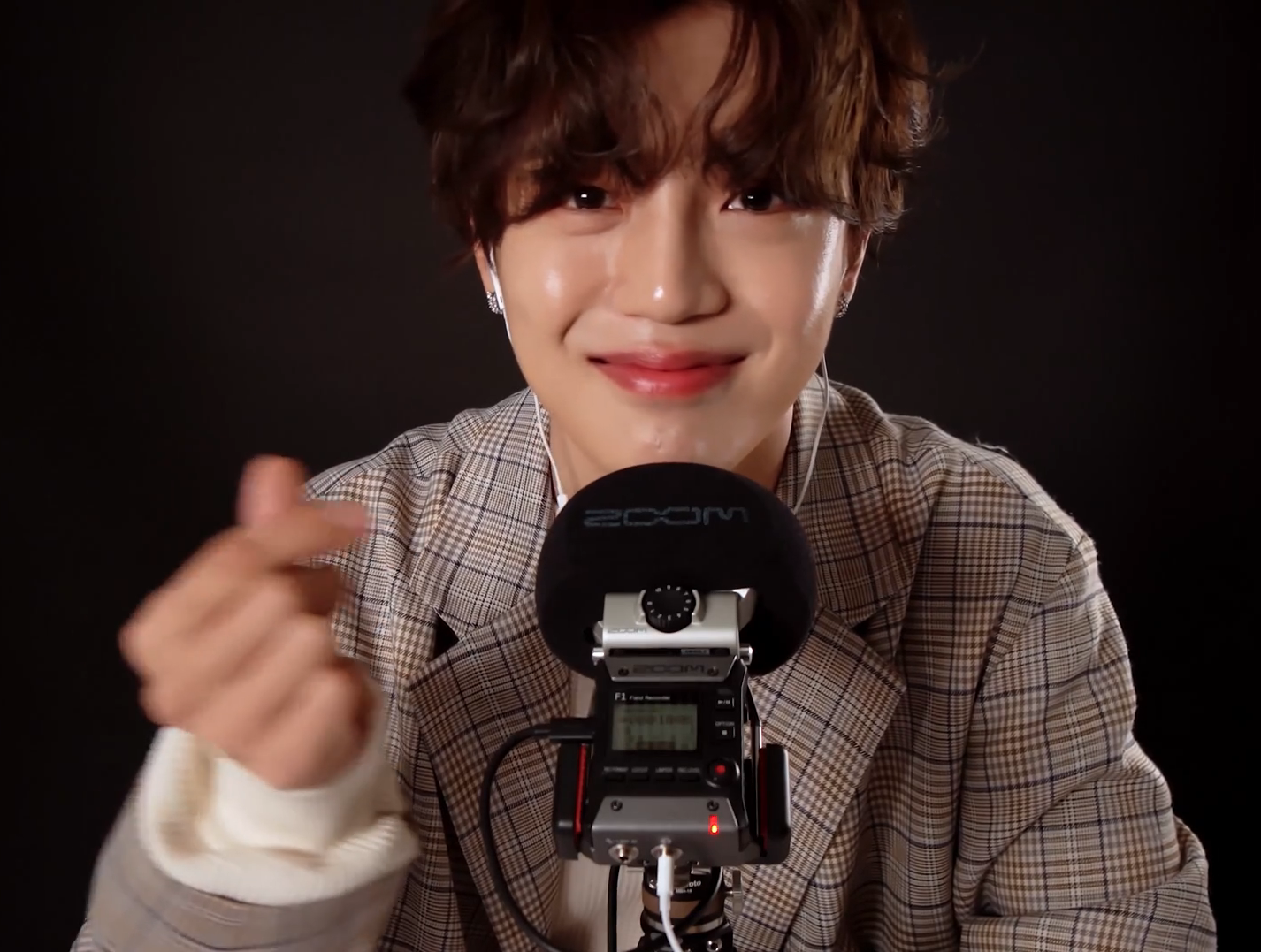