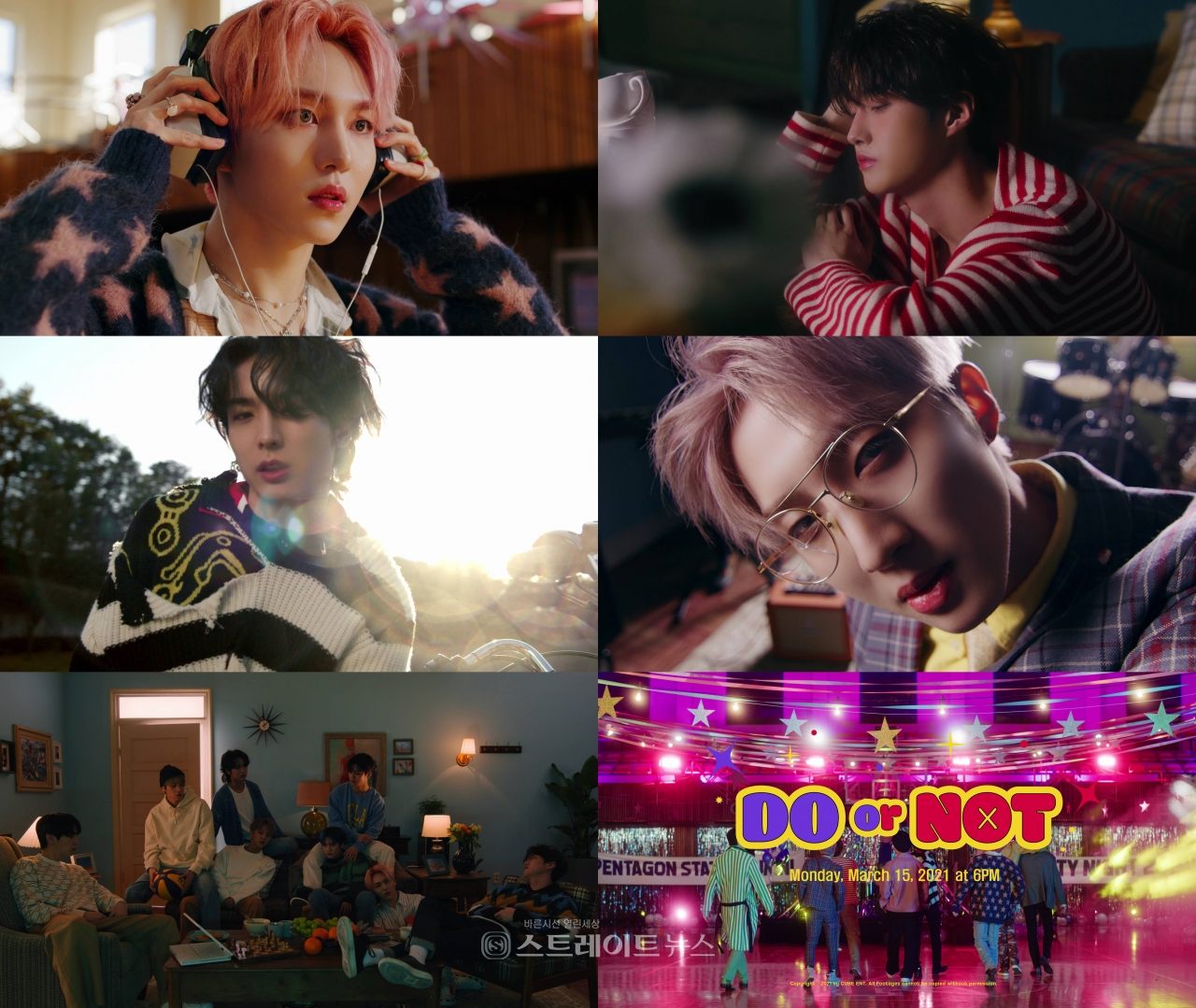 The beauty of being part of Pentagon’s Universe is knowing that nothing  (and I mean, NOTHING) gets in the way of them releasing consistently good music, especially in the wake of hiatuses. In fact, I am not sure Pentagon even allows the word hiatus into their vocabulary. I suppose therein lies the beauty of a group with many members as, even when one or two are away, the music keeps coming. And let me point out that neither quantity, and more importantly, quality, are ever sacrificed in the wake of it. On March 15th, Pentagon dropped their 11th (yes…11th) mini album, Love or Take, with the effervescent and cheeky title track, Do or Not. And let me tell you, effervescent and cheeky is exactly what I need right now. 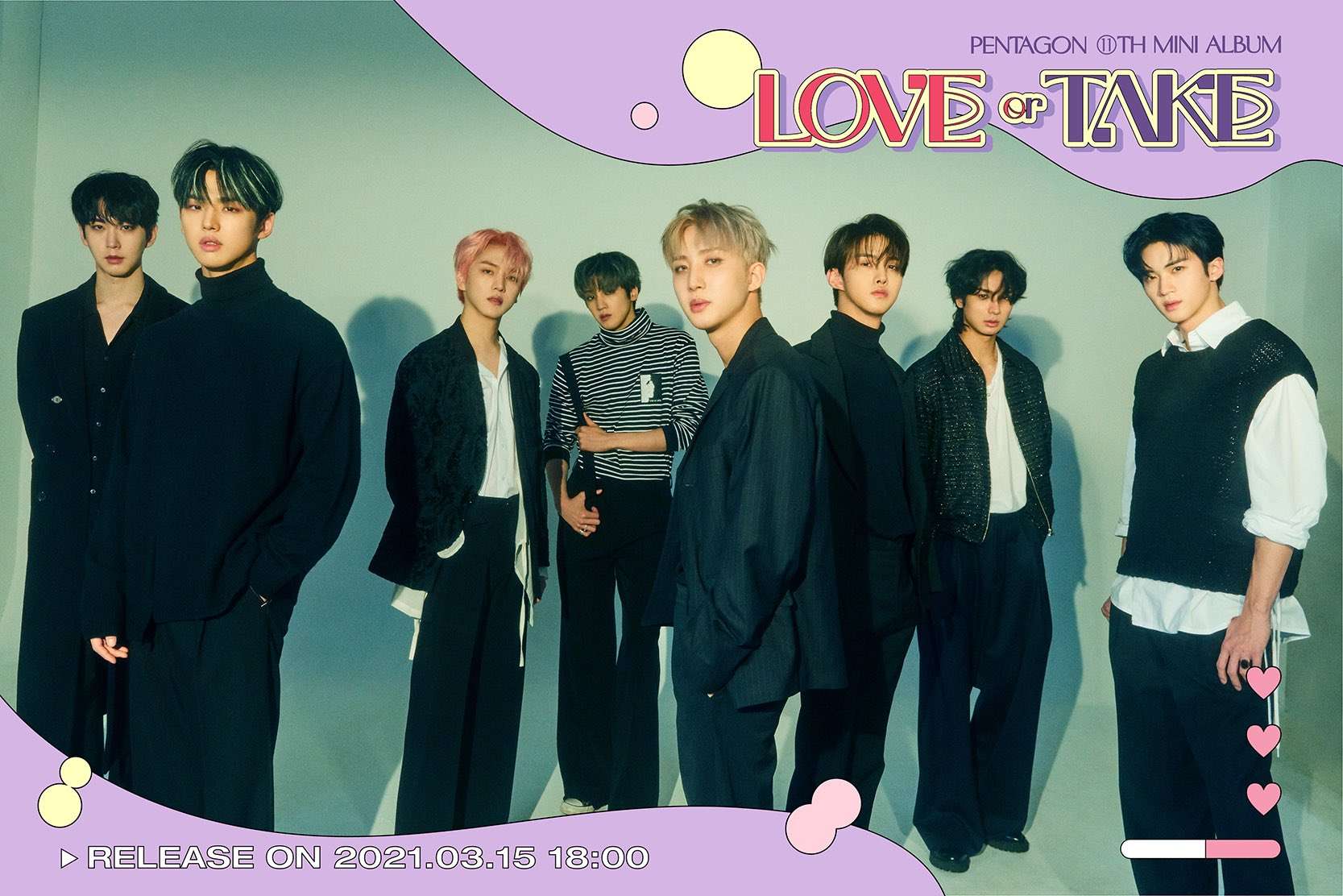 Recently I was musing over the fact that I have been a K-pop stan for roughly eight years, four of which were solely devoted to one group/artist. When I decided to dip my toes into the grander K-pop ocean, Pentagon was already two years post-debut, and had released a total of eight mini albums, six of which were Korean releases and two Japanese. To say I stumbled upon a hard-working and prolific group is an understatement. I admit I was a little intimidated by them since there were so many of them, but because I was so impressed by their discography up until that point I dove in and have been a devoted Universe ever since. I guess the best way to gauge my devotion is determined by whether I dropped some serious coin to see a group in concert. To date, my list is small but Pentagon is on it. 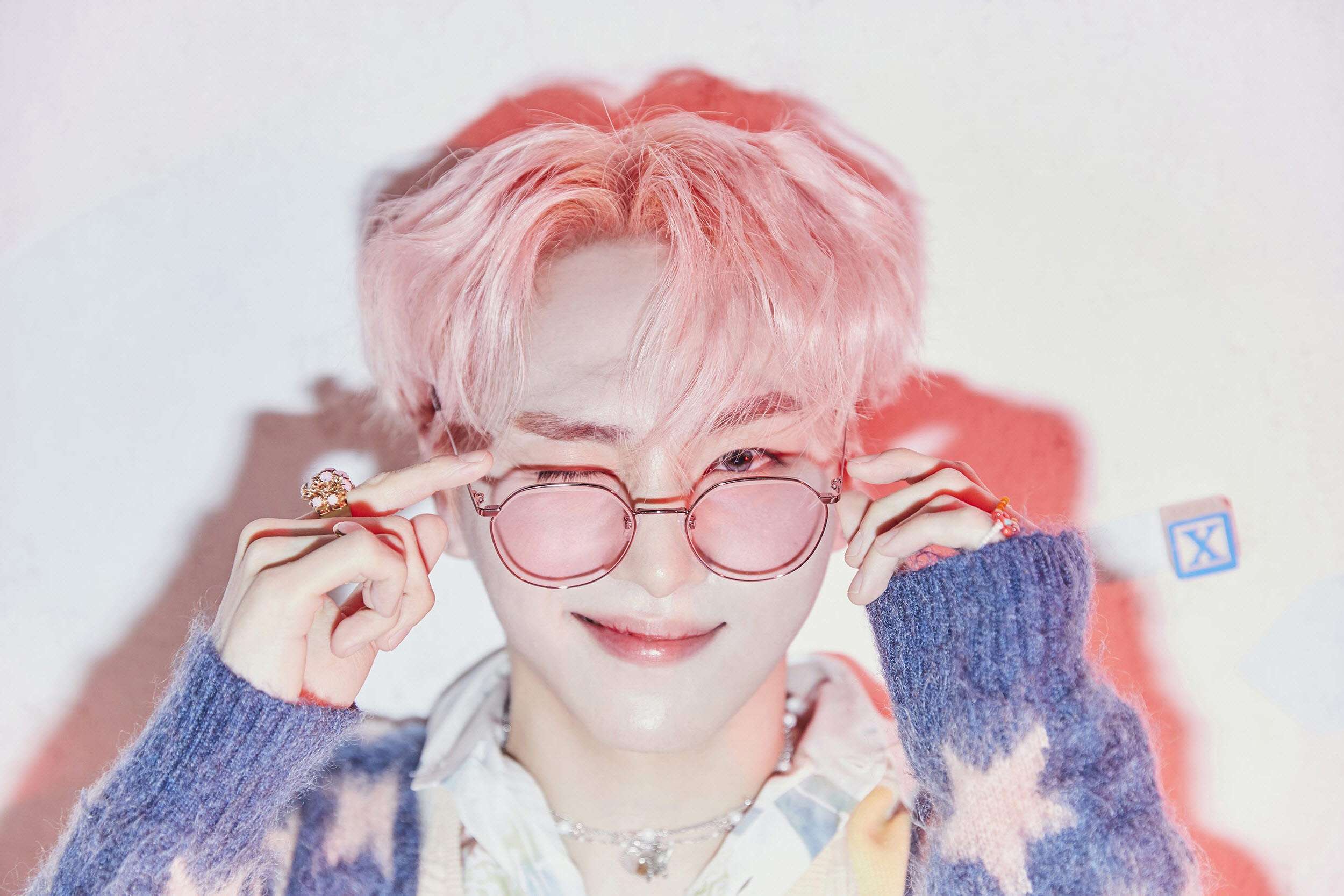 The bias since day one with Pentagon ~ Kino

I am sure I am not the only one who has noticed the incredible balance on the music spectrum Pentagon brings to the K-pop table. What I mean is, they work all ends of various music genres in order to satiate many tastes. For example, they are adept at going dark, dramatic and emotional with tracks like Dr. Bebe, Basquiat, and Daisy, but then do a complete 180 with light and playful bops like Shine, Naughty Boy and Humph!. Having come off from the passionate and emotional Daisy in their last comeback, it stands to reason Pentagon would opt for something more whimsical, flirtatious and upbeat especially in light of having to send leader Hui off to fulfill his mandatory military duty. Universe needed something to smile through the tears and Do or Not answers the call. 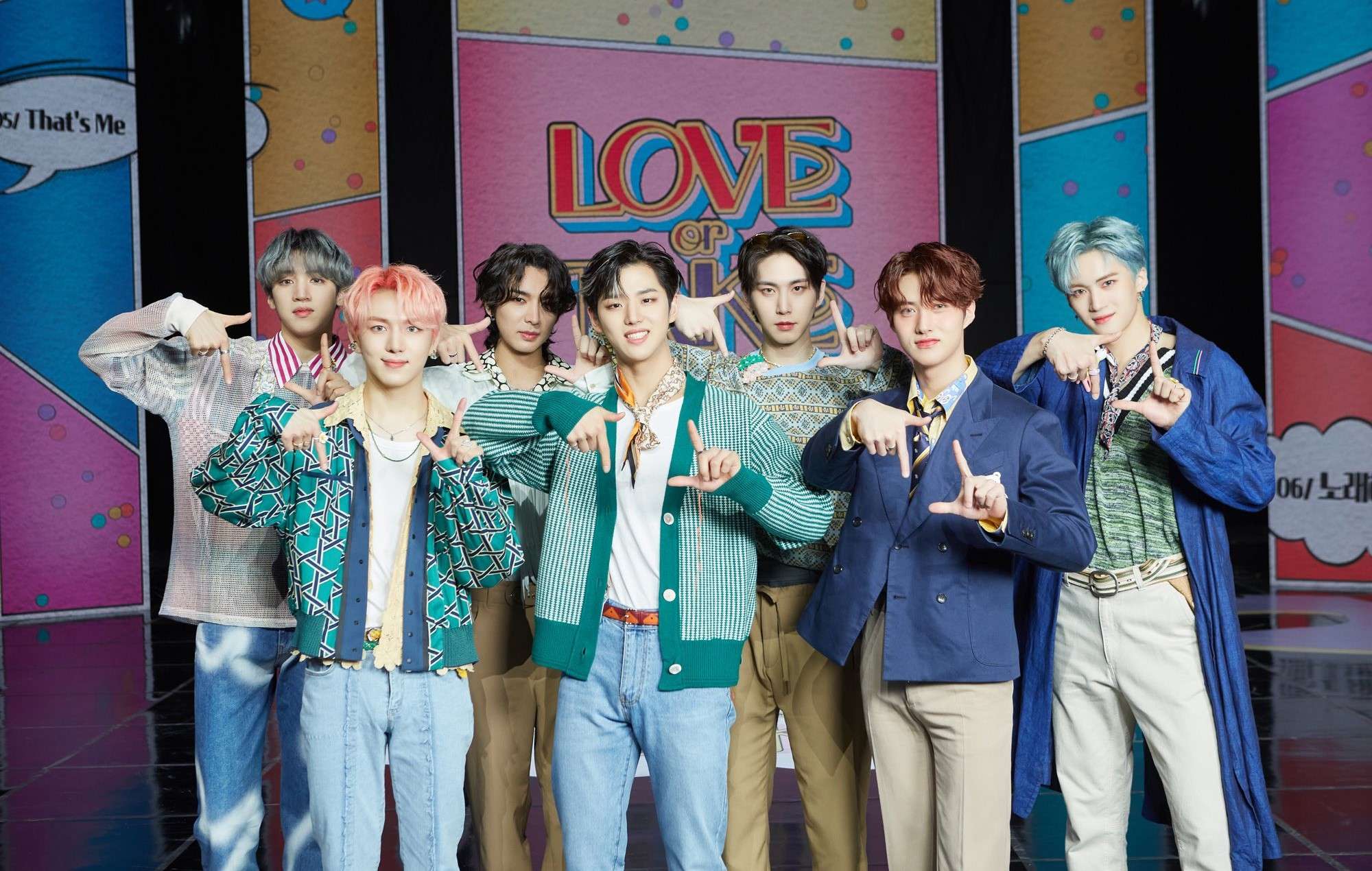 The song. The song opens in full blown retro mode. The doo wap-infused intro transported me to the early days of R&B where groups relied merely on the instrument of their voices in multi-part harmonies to carry a song. Pentagon’s vocalists are well-equipped to handle this genre, harmonizing with very little music accompaniment, that is. The opening had me ooh-ing and ahh-ing and frankly, they could have stayed in this mode throughout the entire track, allowing that eight part harmony to shine. But alas, it was only the intro, an appetizer as it were that could have easily been the entire meal; however, it immediately dropped into signature Pentagon upbeat pop mode where it remained. 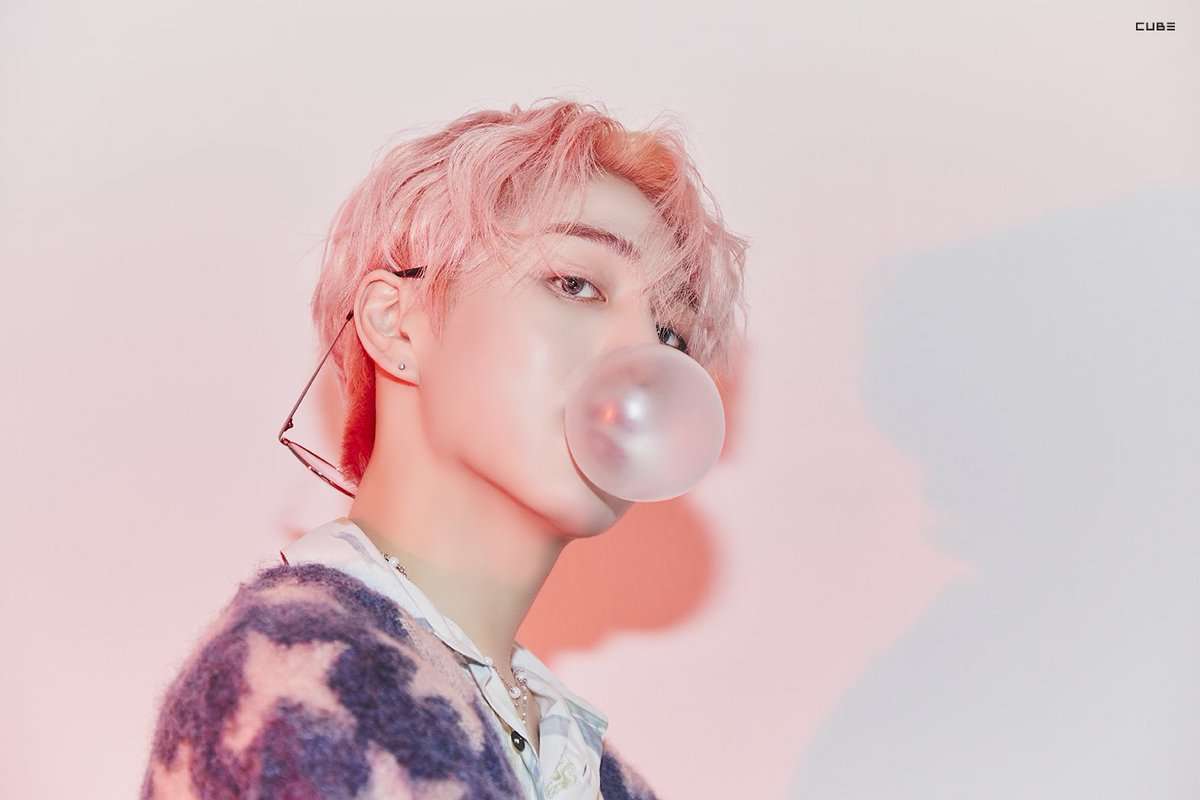 If you are a fan of pure, unadulterated pop, you cannot help but love Pentagon when Pentagon is in full pop mode.  Leader Hui’s intrinsic ability to understand the foundation and mechanics of a pure pop song never misses. Never. Pop should be catchy. Do or Not is. Pop should have an easy to remember, infectious chorus by-line that has you singing along immediately. Do or Not does. “So what, I don’t car~~~ee~are . . .” It’s just so catchy, playful and fun. And like I mentioned, after some intense darker releases, this let-your-hair down and have fun for the sake of simply having fun kind of bop is refreshing. Lyrically, it is just a bunch of petulant nonsense! Basically they sing, you want to be my girlfriend or not, I don’t care. You want to stay with me or not, I don’t care. It is the teen playbook mantra “what~~ever” in song form. 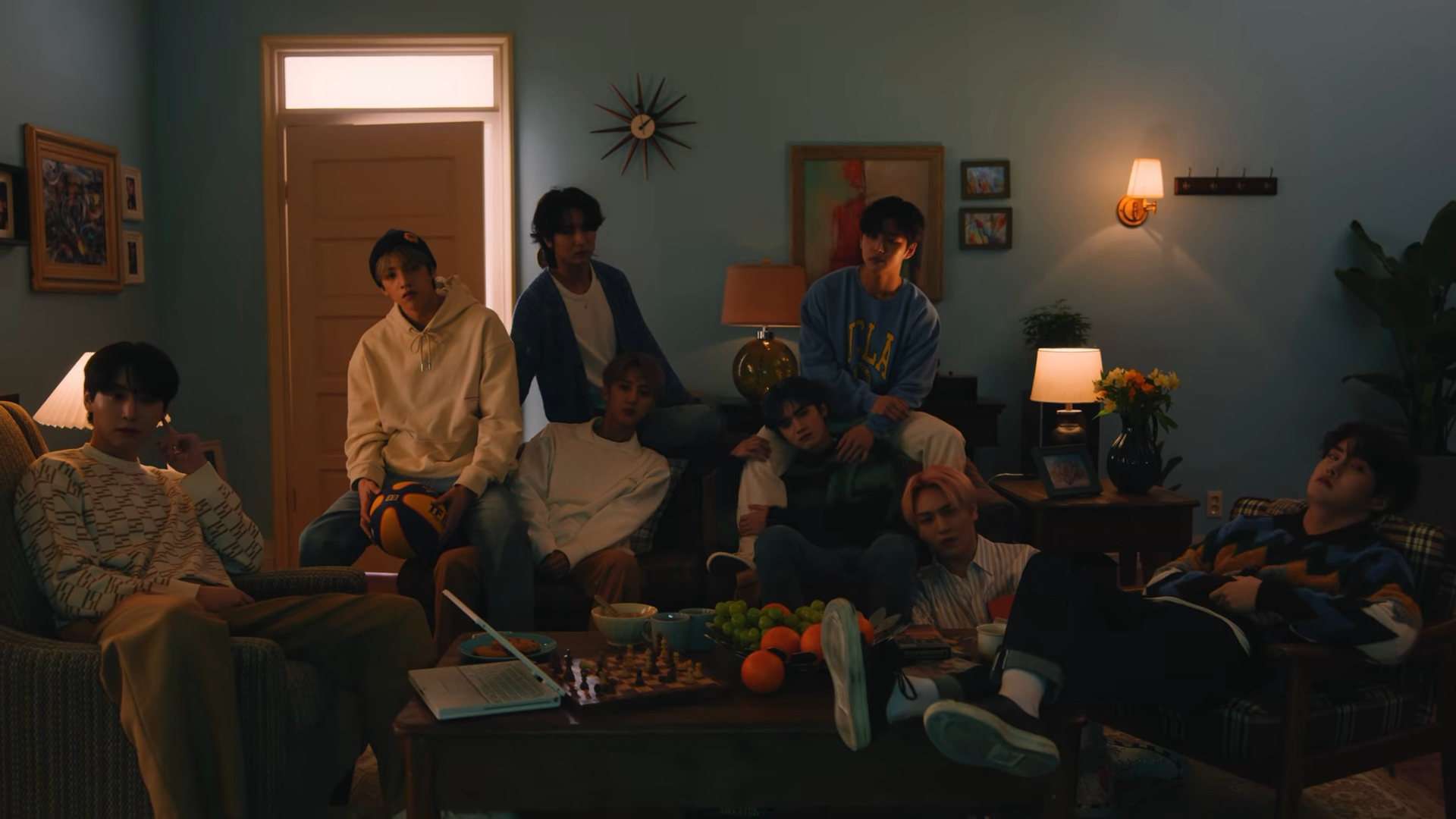 The MV. Pentagon has a wonderful way of singing, dancing and smiling their way into a fan’s heart. It is on full display in pop songs like Do or Not. The playful party atmosphere amid the cheeky lyrical content is the perfect distraction when we take into account that this comeback was already missing Jinho (military) and on the eve of Hui enlisting. In fact, the Love or Take EP was released after Hui’s February 18th enlistment and the group is currently promoting without him. I think it was intentional to release something light, upbeat and fun.

Colorful, frolicking merriment, right? Indeed, the Pentagon crew always make me smile. I have to confess that Do or Not is not my favorite track on the EP. As is common for me lately, I tend to favor the B-sides. I particularly like the Wooseok penned R&B track 1+1, Baby I Love You (written by Kino), and Hui’s tender solo ballad, Boy In Time. I am pretty confident there is something for everyone on the Love or Take EP and if you cannot find it amid the seven tracks on this one, I know you would if you took a dive into the group’s extensive discography. Robust and eclectic, Pentagon never fails to impress. 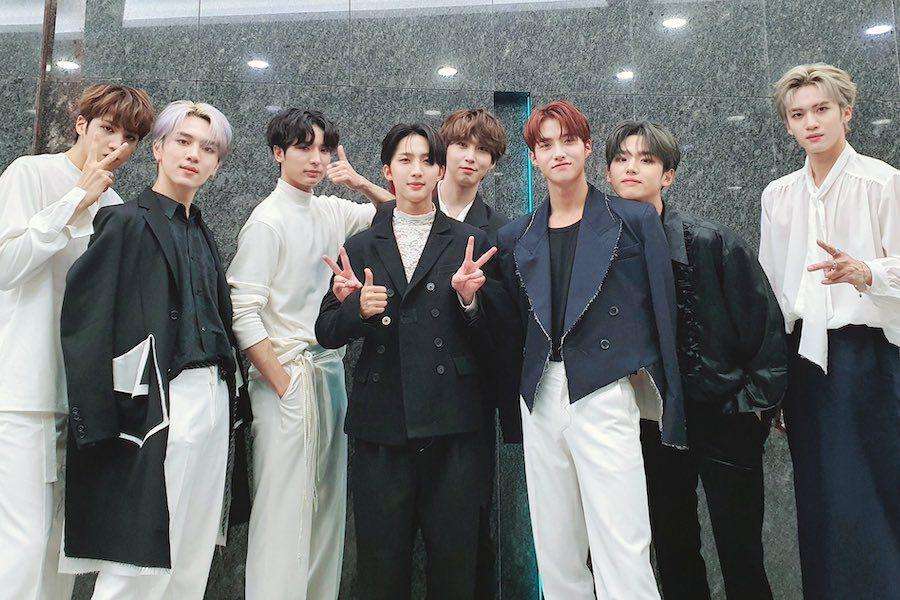 Check out all of Love or Take here: