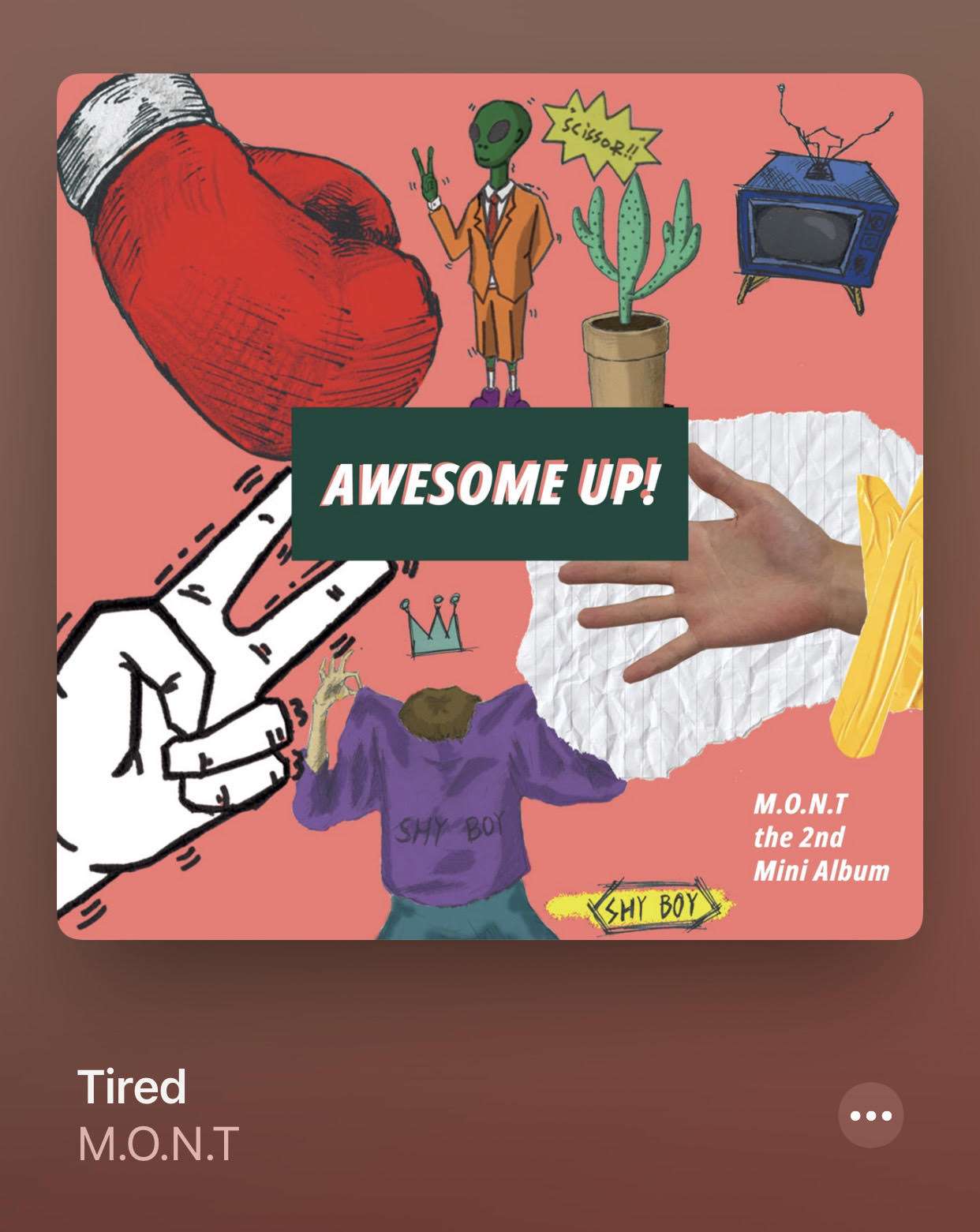 When the Strictly Korean playlist shuffled out M.O.N.T this week my first thought was okay then, here we go into the K-pop hinterlands of underrated talent which, I might add, is one of my favorite places to go. I have been keeping my eyes (and ears) on M.O.N.T since becoming acquainted with them last year when I happened upon the upbeat, jazzy and playful, Rock Paper Scissors from their second mini album, Awesome Up! Tired was the second single release from that same album and is a scorching, Latin-infused dance track that feels very much the opposite of anything remotely tired. 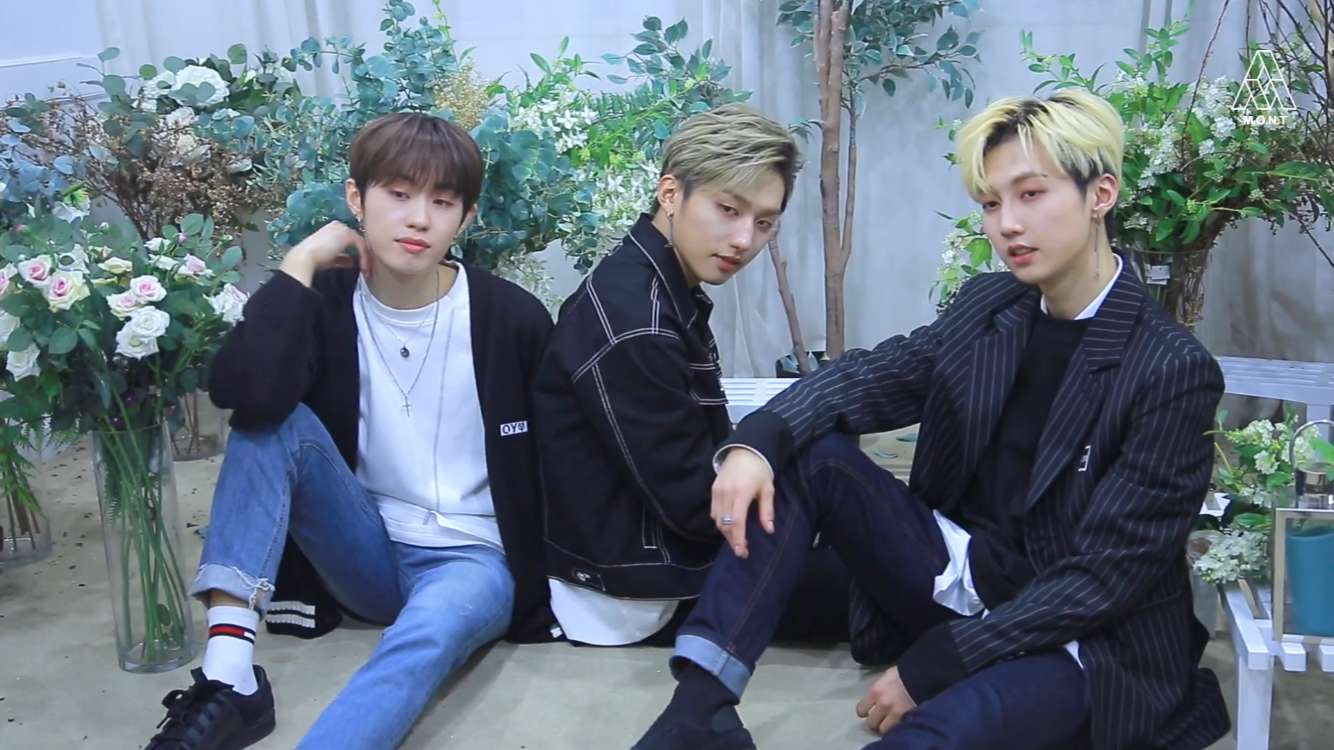 So M.O.N.T have actually be hard at work since 2017 when they pre-released a single (Sorry) and also appeared on the JTBC survival reality show, Mix Nine. But then, crickets until they debuted on January 4, 2019 with their first mini album, Going Up. Since that that time, Narachan, Bitsaeon and Roda have released several digital singles and two more mini albums. Now I know in the grand scheme of Kpoplandia that duos and trios are generally subunits of groups with many members. Indeed, the current trio here will become one third (M.O.N.T Original) of a nine member empire known as M.O.N.T Arena. The more the merrier, right? But I have to say, I am perfectly satisfied these original three, as between them they have the vocal and rap chops that can rival any multi-membered group out there and you can hear it for yourself in this week’s pull, Tired. 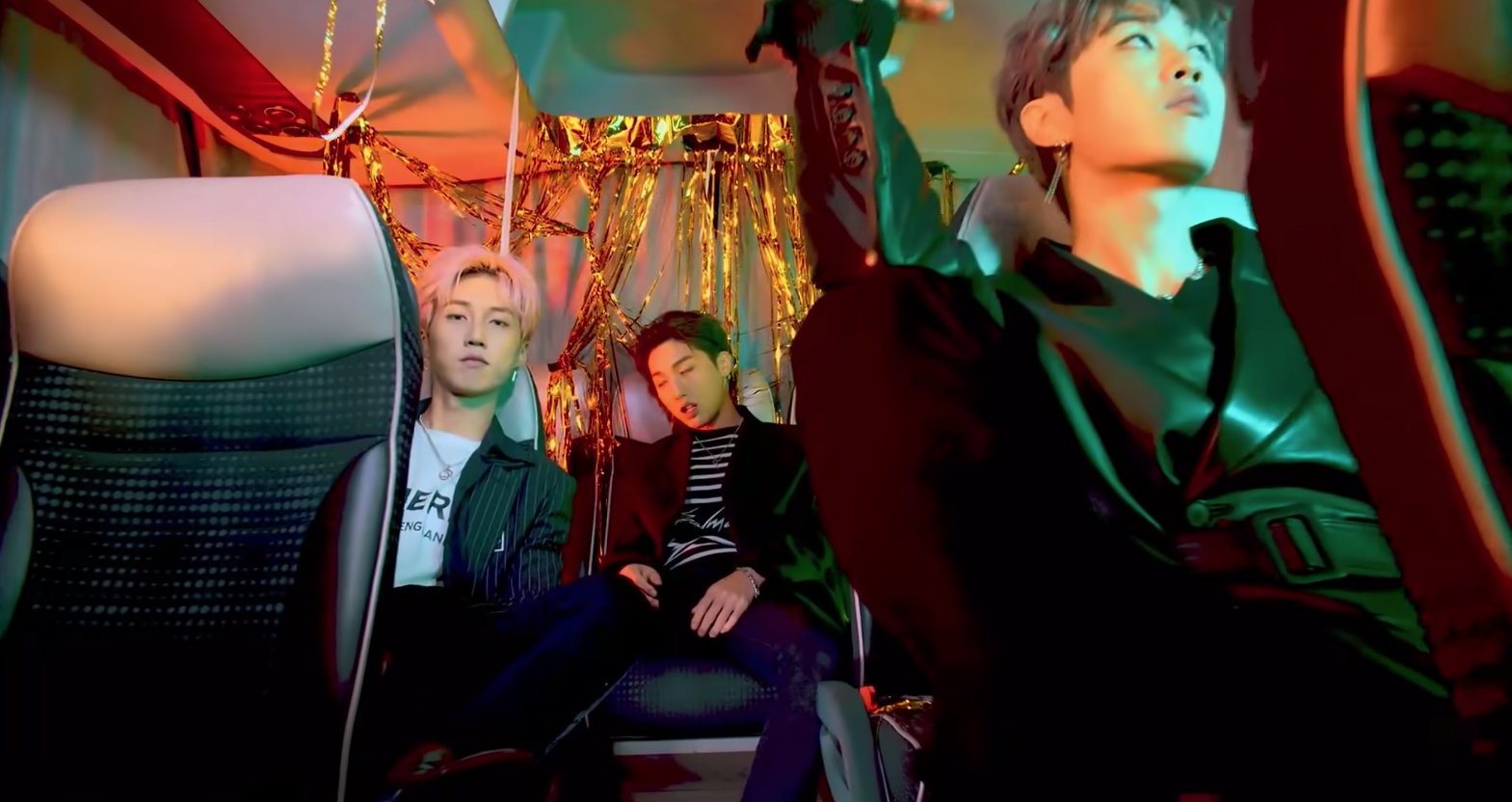 The song. Tired is the kind of song that either opens a show or is a full on riotous encore number. I am leaning towards encore. It is big, loud, and aggressive, however, there are some gorgeous vocals displayed by Bitsaeon and Nara throughout, especially in the pre-chorus and bridge. And don’t get me started on Roda’s rap. I always find Roda’s rap lines full of swagger and confidence. I really like his tone and flow. Musically, Tired is Latin meets K-pop complete with synth horns sailing through with a playful cha-cha beat. I missed getting a chance to see M.O.N.T live during their extensive world tour in 2019. Had I been a little earlier in discovering them, I know I would have gone to see them. And, Tired would have definitely been on the set list.

Written by Nara and Roda, Tired sounds like a lament to break out of the monotony of daily life; like get up, go to work, come home, rinse and repeat kind of thing. The monotony of the day makes one even too tired to go home. Oh yeah, I have been there before. By the end, the song is in full let’s party all night anthem mode with all semblance of fatigue erased by the desire to break through any and all monotonous patterns. After almost a year of working remotely, I think I needed this one to shuffle out and slap me around a little….hehe. 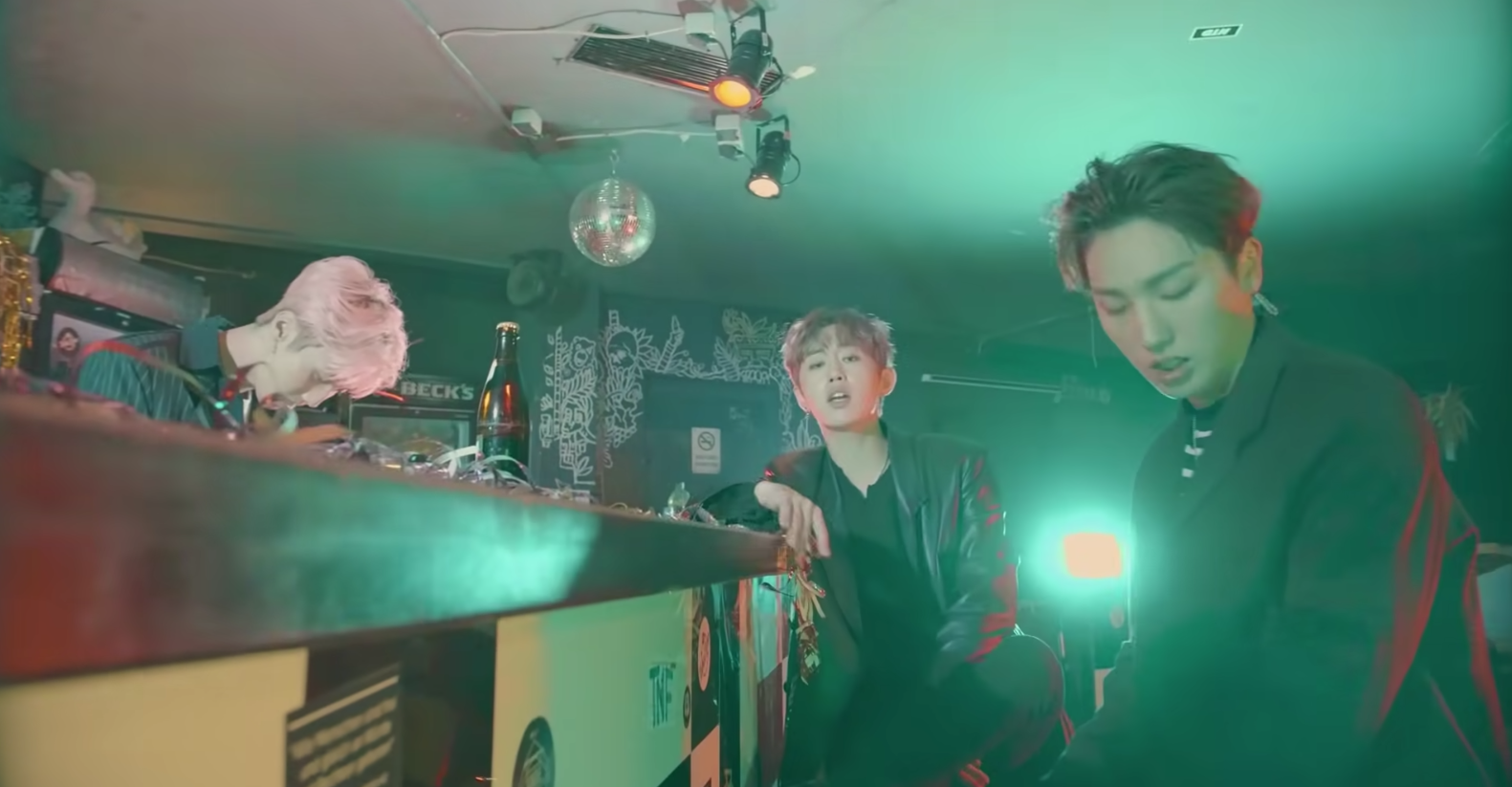 The MV. Okay, so Tired was the second single released from the Awesome Up! mini album which came out in August 2019. The MV did not drop until some five months later, in January 2020. I think the agency might have blown its budget on Rock Paper Scissors. But that’s ok. There is nothing wrong with MVs on a budget. For Tired, the group used the backdrop of their stop in Germany as the proverbial set: some concert footage, tour bus, venue bar, and even what I can only surmise are fans and/or on site staff dancing on the pre or post-concert stage. Honestly, I found those scenes a little awkward when my eyes were not otherwise focused on Nara, Bitsaeon and Roda! It was fun nevertheless and I can only image how thrilled German Mint (the fandom) were seeing their shows get some love in an official MV.

Rowdy, right? If there is one takeaway I get from following M.O.N.T is that they seem completely fun-loving and playful. All three possess gregarious personalities. That of course is in addition to their talent which I think is solid. What is also cool is that even though Bitsaeon is currently fulfilling his mandatory military duty, Nara and Roda are still releasing music. So, no real hiatus happening and fans continue being spoiled with new music. Likewise, Nara and Roda continue to stay in touch with fans via V-Live and other fan-related events. M.O.N.T may not have all the pomp and ceremony afforded to big agency groups, but in their own way, they certainly make fans feel like they do.

Have a listen to Awesome Up!: