The Strictly Korean playlist is challenging me this week with an artist I am only somewhat familiar with but I have to say that I really like when it shuffles out an unfamiliar song from an unfamiliar artist. In many ways I feel quite lacking and stupid. On the other hand, I am completely excited and stoked when this happens. It has kind of been my hope (via the blog) to become not necessarily more knowledgeable about K-pop, but to have a more expansive mindset. To be more open to listening to a variety of groups/artists. Granted, I have a long way to go to fully expand, but my baby steps are enjoyable nonetheless. This week’s Playlist Roulette offering comes from Hotshot and former Wanna One member, Ha Sung Woon. From his second solo mini album, BXXX, Sung Woon has me feeling all kinds of Blue, and it’s a good thing.

I had to do some homework. Ha Sung Woon has actually debuted three times! It all started back in 2014 when he debuted with the six-member boy group Hotshot. Then in 2017, he became a contestant on the second season of the K-pop survival program, Produce 101, where he made it through to the final cut and debuted as part of Wanna One. Once that year long project concluded, he debuted as a solo artist in February 2019. Talk about paving a way for your art. Now, I did not know any of that. But I do know this about Sung Woon: he is a close knit friend of one of my current biases, Lee Taemin. So I kind of knew who he was, but was not too familiar with his music; that is, until I saw him in some backstage music show footage chatting with Taemin. At that time, Sung Woon was promoting the title track, Forbidden Island from his fourth solo mini album, Mirage. I checked that song out and BOOM, as is normal for me, proceeded to download all of his solo music. And, that is exactly how Blue shuffled out. Even though it is the title track from his second mini album (BXXX), this is the first time I am hearing it, and the first time seeing the MV. Folks, I have been sleeping on some arguably good talent . . . but thankfully I have this series to wake me up. 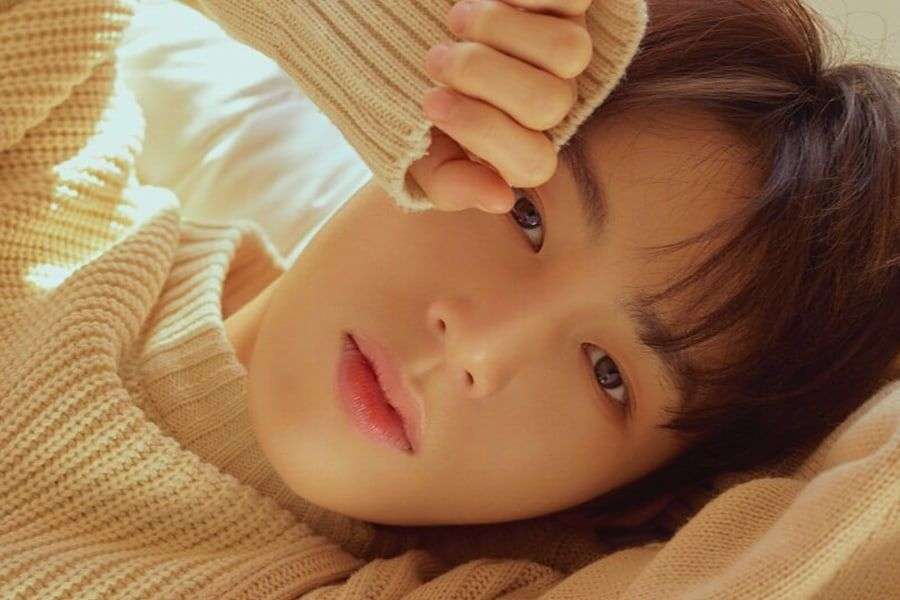 The song. Blue gives me a little bit of everything that I have been appreciating in music lately. In the opening it feels very R&B soulful and Sung Woon’s voice enters so gently and feels like a caress. The song slowly climbs in tempo and begins to feel more dance/pop and eventually drops into EDM mode with the chorus. BUT, it is the pre-chorus that is pure manna to my ears and heart. Sung Woon’s falsetto hits so different. His “it’s been so long ajik eoduun bamin chaero,” is so plaintive, breathy, and gentle. Ugh…and that piano in the background. LOVE it. Even in the uptempo moments of the chorus, there is still a softness in Sung Woon’s voice, not in volume, but in timbre.

Lyrically, I don’t have a clue but if I were to try to interpret the song and this being on a very esoteric level, it might be about lost love or a lost sense of self where missing someone or something creates a ‘blue’ or unclear, hazy world. But on the same token, diving into the ‘blue’ and being drenched by it (love, dreams, hopes, or other mysteries of the psyche) might also be comforting, even dazzling. 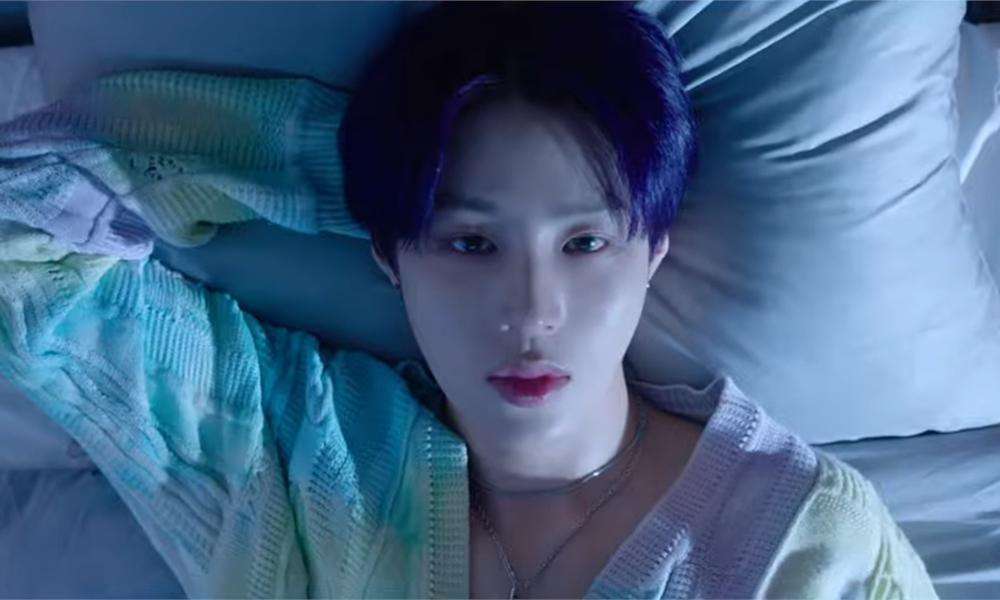 The MV. I have to say, this music video makes me appreciate the color blue so much. Visually fluid, the MV is as calming and soothing as Sung Woon’s voice. The presence of water throughout adds the feeling of being submerged in something, drenched in love, thought, feeling or emotion. The various hues of blue which are omnipresent never overwhelm but do give a feeling of being saturated. And…ahem..Sung Woon soaked and dripping wet, well, that is just a whole mood in and of itself. In the choreography I definitely see shades of Taemin. That is, there are moments of powerful movement and lyrical grace. For a second I thought, ‘did Taemin choreograph this’ or ‘did Taemin and Sung Woon train together at some point’? In any event, the MV is visually soothing and beautiful.

So lovely. You know, I think this series is doing me a great service in helping me listen to more of the music I have loaded onto the Strictly Korean playlist while also encouraging me to continue exploring and adding tracks. After featuring Ha Sung Woon’s beautiful Blue, it makes me want to pull up everything by him I have downloaded and listen. This is a twofold win. I get to hear more music which will most likely prompt me to feature him again; and, he gets some (albeit small) promotion in my little corner of the blogosphere. As much as I love my bigger named, more popularly known favorites (SHINee, GOT7, NCT, etc.), there is something a little more special about featuring those lesser known, under-appreciated and/or not as widely promoted artists. They deserve some love too, and lately it seems I am one of those fangirls more than willing to give it!~🥰

Check out all of BXXX here: