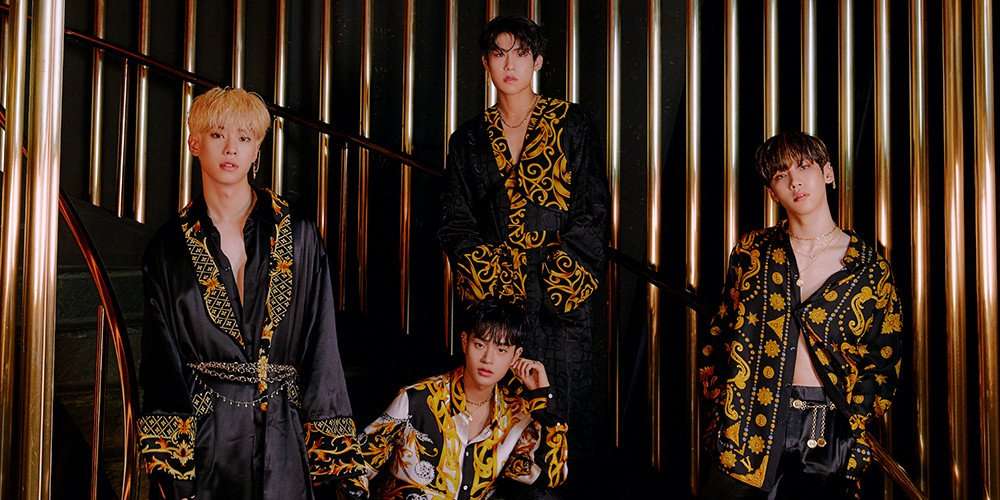 I am sure I am not the only one out there who was a little bit shaken out of my comfort zone when AB6IX began dropping teasers for their latest release, Salute. I mean . . . I felt the impending, ‘this is going to hit harder’ vibe immediately. And as this is the group’s first real official comeback as a quartet, it felt very new, and a definite departure from the Vivid era. Anyway, I suppose welcoming a new month with new music coupled with some grown up and sophisticated visuals is not a bad idea. Oh, and that premonition about this comeback hitting harder than the previous one . . . pretty spot on. 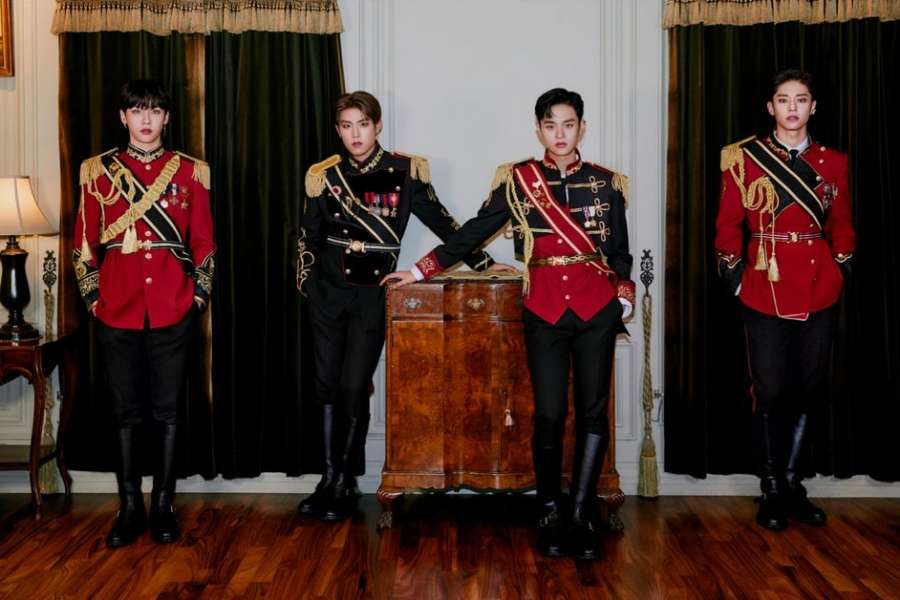 AB6IX was supposed to be my second scheduled live show of 2020. They were due to hit US soil back in April but like many other live concert shows this year, theirs was also canceled. Also following in suit like many of their contemporaries, the group opted to come to the fans virtually with an online concert and did so on September 12th. I have to admit, a few technical difficulties during the broadcast really soured me on this whole virtual concert experience, even though I know it was not the group’s fault. But, it made me all more aware of how much I miss seeing a live in-person show. The platform hosting the show did offer a VOD so I was able to watch all that I missed during the initial broadcast. It was a good show and in the end, I was satisfied. 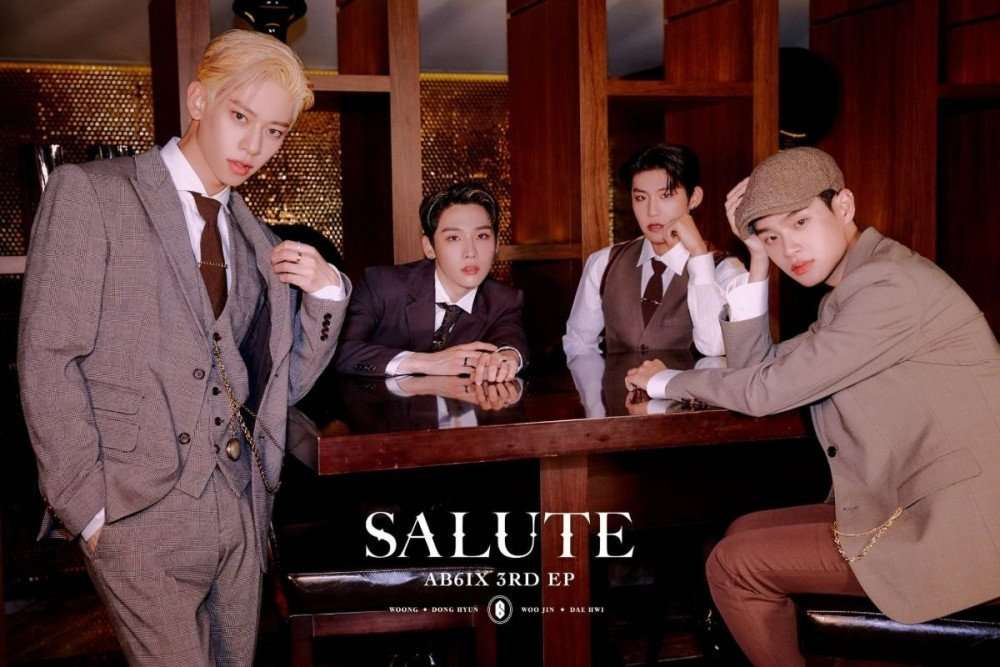 Fast forward to November 2 and the release of Salute. Since discovering AB6IX in early 2020, I have appreciated their consistency in releasing good music. They seem to have quite a bit of autonomy when it comes to writing and producing their own songs, and three of the four members have writing/composing credits on this latest six track EP. Even though Salute is the title track and released single, I am personally more enamored with the B-sides. Don’t get me wrong, I am not hating on Salute, I am just loving the B-sides more. But, for this post, I am going to focus on the title track.

The song. The song comes out of the gate hard announcing its authoritative presence with a powerful marching band drum line, ominous synthesized brass horns, and war cry vocals. Then, a moment of silence before the song drops into a rhythmic flow that feels urgent and, yeah, kind of menacing. Woojin’s rap comes in fierce and hard. I am a low tone rap lover so I am particularly fond of Woojin’s sound and flow.

However, in AB6IX, it is Woong who sways my fangirl heart. Yeah, the guy below who I suspect was definitely trying to annihilate the fandom with this comeback. 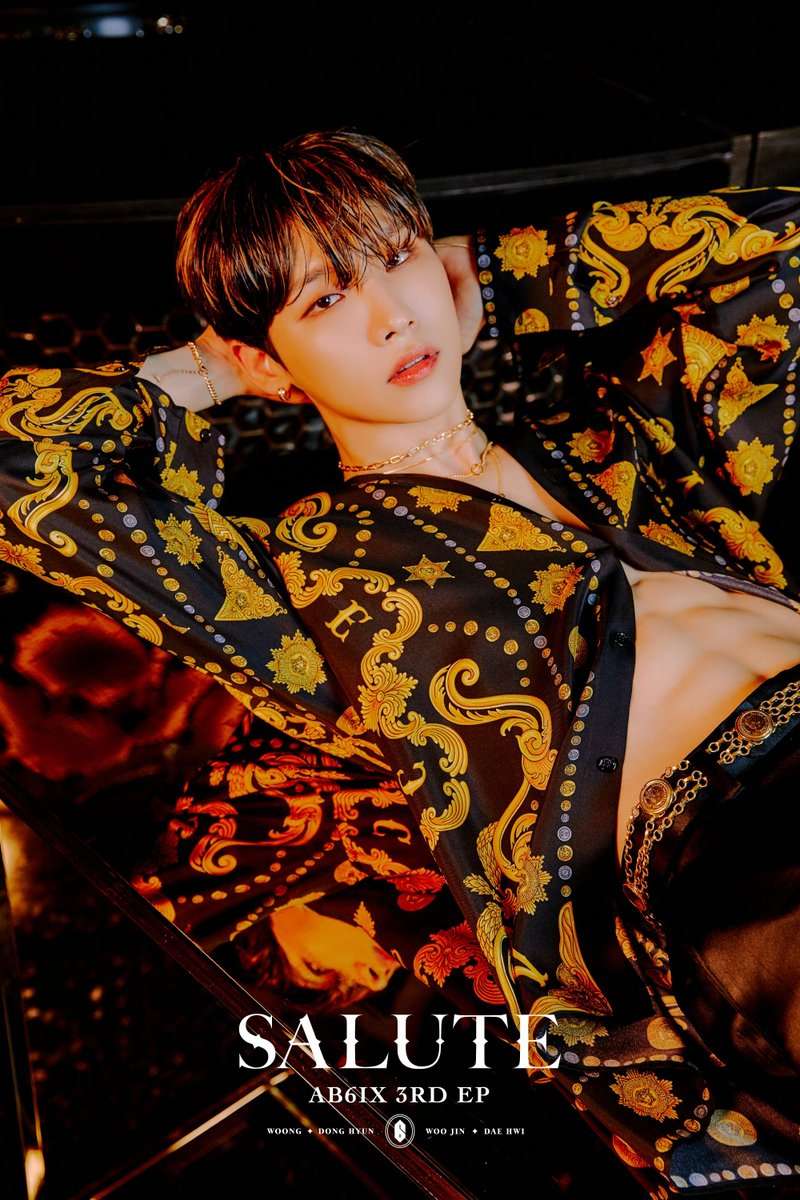 In Salute when Woong and Donghyun enter with the pre-chorus, the momentary breather building right before the power drop feels so good. I know that there is a general formula for groups to bring new music that is catchy, danceable, and basically Tik-Tok ready as it were, and I get that. And when I look at the latest new releases over the past several months (specifically from the groups and artists I follow), it seems like everyone wants to come out of the gate hard, fast and furious with the exception of NCT U’s From Home which is quiet, soft and gorgeous. And, in that particular case, it was balanced by the other NCT U unit’s Make A Wish. NCT is able to pull this off because of the number of members in the group. They can release multiple singles and cover various genres simultaneously via units, satisfying the tastes of their respective fans. But smaller groups have to put more thought I suppose in what the title track will be on a new release, and it just seems that many opt for the harder hitting songs as opposed to say, a ballad. Am I showing my age? The upside to these power tracks is that a soft break either in the pre-chorus or bridge temper pace, but not power. And to that effect, Salute finds its balance. Oh and Daehwi rapping was indeed an unexpected and pleasant surprise. 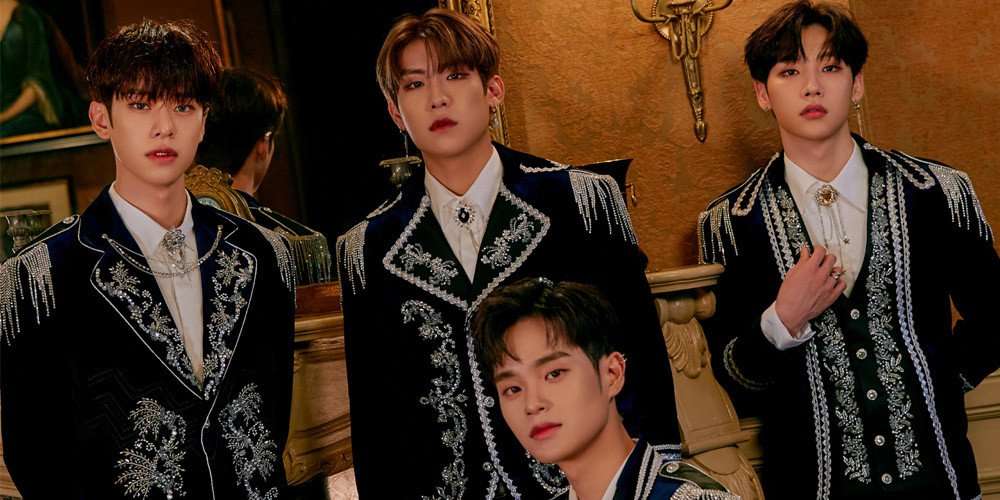 Lyrically, the song feels like a call to arms. A call to arms to their fans. One that states (again with authority) that if you come with us, we will pave this path together and nothing will get in our way or make us fall or fail. But do it now, or miss your chance. Oh, and once we have you, you are trapped. Damn.

Get in one line, be ready
Smearing with a color of scarlet
Pour everything out of me, with no regrets
Scream out loud my name
Even if I fall, I get up again
If you are ready to call on my name
Raise your right hand up
Salute

I’ll show you my paradise
There’s no exit, no way out
It’s just a beginning now
We got a long way to go baby
Don’t miss out by just waiting and regretting
The only way is to say yes

The MV. I think the MV follows suit using a military theme (we are your soldiers ready to fight for and with you). And then the flip side using ornate jewel encrusted velvet suits (we are your princes) and finally, the flowing Versace shirts and long robes (we are your seducers and there is no way out). The color palette is quite rich, and lighting very atmospheric. Donghyun in fencing garb, complete with foil in hand seems a little random yet I will just look at it as him being prepped to duel for our love and allegiance.

Too much? Sometimes I get carried away.

This is only one facet of AB6IX and I encourage all to have a listen to the entire EP. Like I said, for this release, the B-sides jump out at me more. Nevertheless, I look forward to the day when I can get that opportunity to see the group live (in-person) and would not be surprised if they opened the show with Salute. 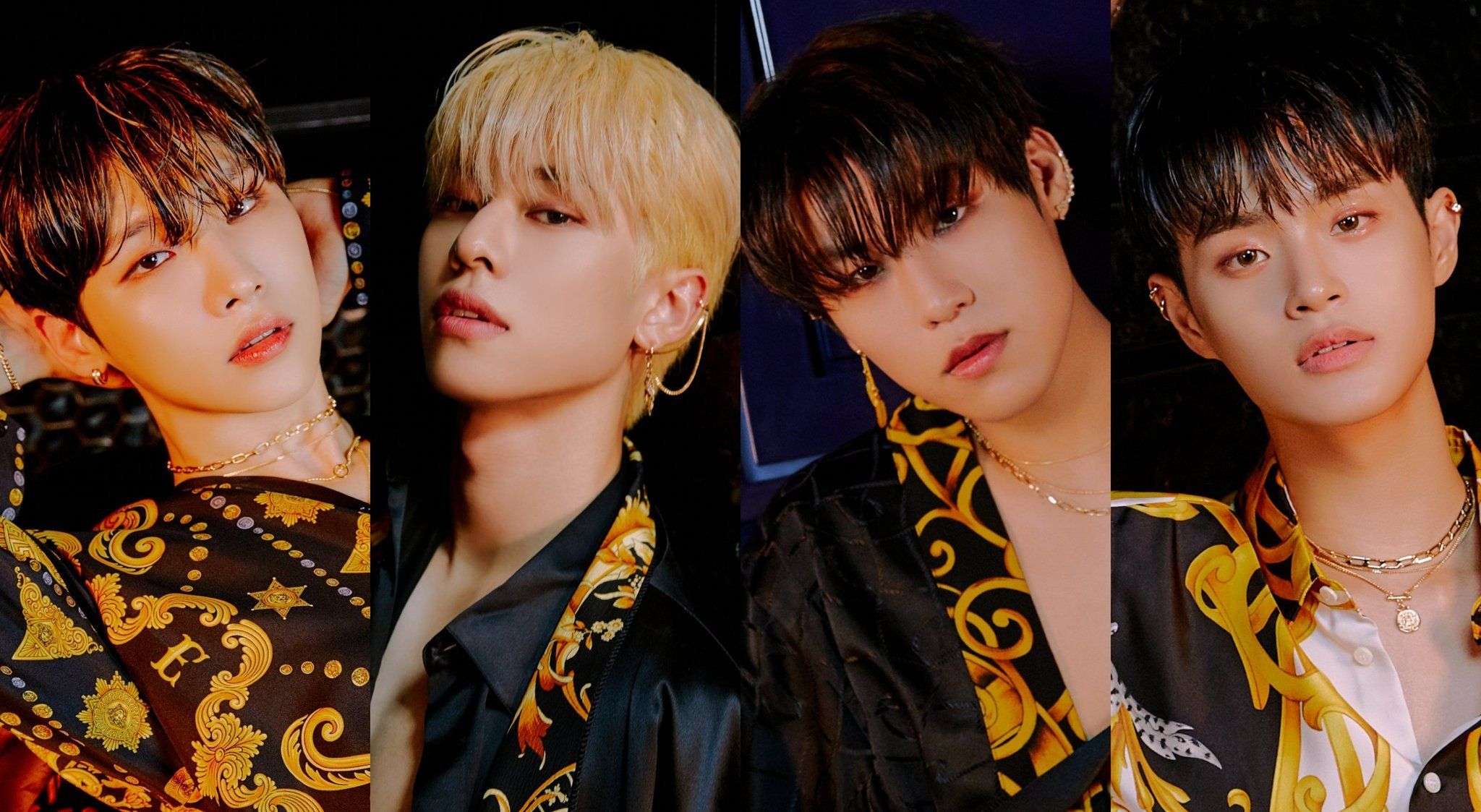 Sample all of Salute here: