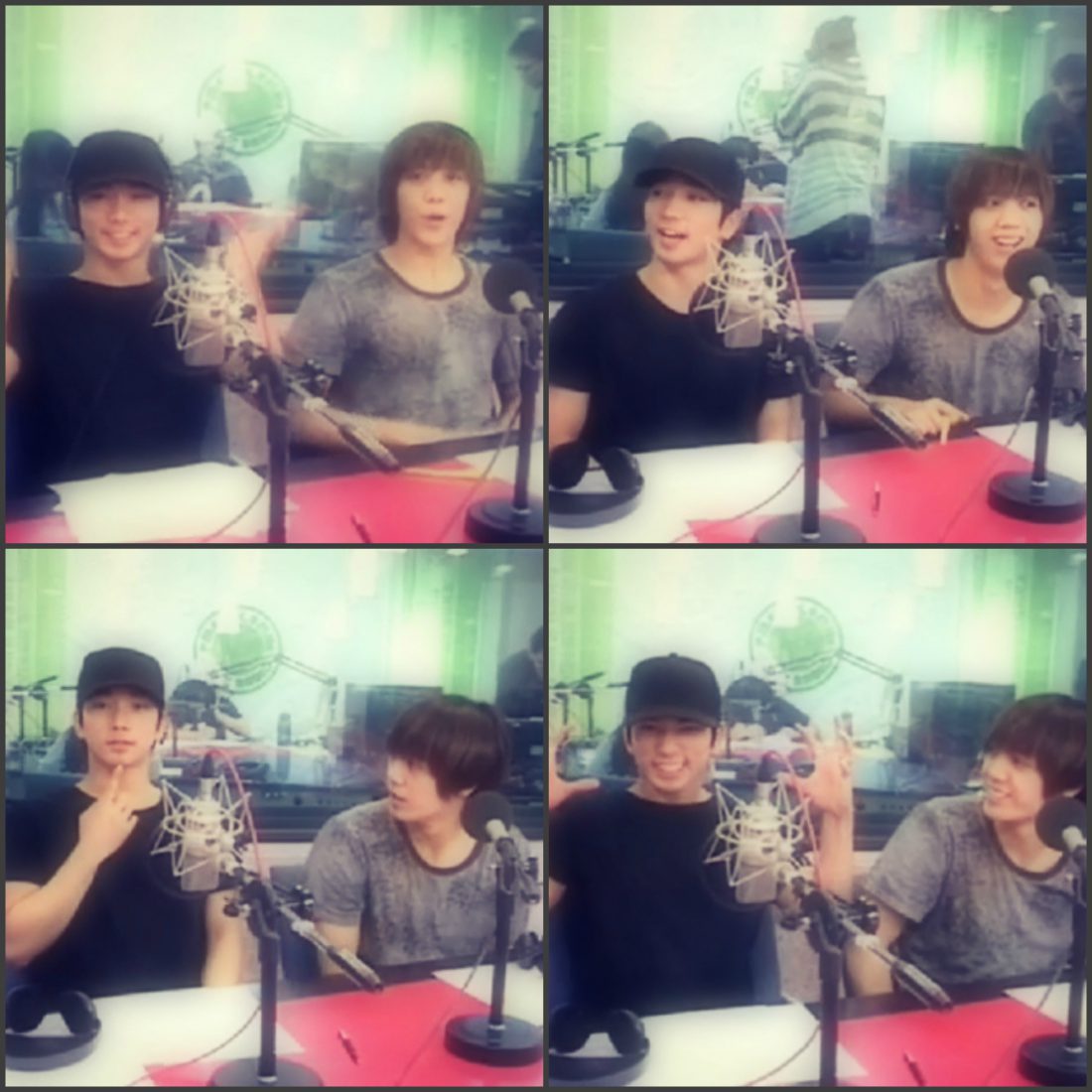 I interrupt regular scheduling programming to bring you a well-overdue bromance moment. Yes, can you believe it has been over two hundred days since I last had a World According to G.OMir moment here on the countdown? I cannot deny that I have become increasingly sidetracked and have a tendency to overindulge on certain sub-categories, focused cams, pictures, .gifs and of course, G.O’s voice. It is the nature of this beast of a series. In a random search I came across a recording of one of the many visits G.O and Mir made to No Hong Chul’s Chin Chin Radio broadcast. As expected, never a dull moment with these two. It is an undeniable fact that the resident mischief makers of MBLAQ are (and have always been) G.O and Mir. Honestly, I do not know who is more mischievous but what I do know is that when they are together, laughter is inevitable. The beauty of these early radio broadcasts is that often they were recorded on video as well as audio. So not only do we hear the playfulness, we get to see it as well. Often, there was a script or parameters while the mics were on; however, when a song or advertisement were played and the headphones came off, playful pandemonium ensued. Take for example this break in the Chin Chin broadcast back on 12 July 2010.

Thinking back on who may be more of the mischief maker, I now believe that these two lovable goofs were (and still are) on an equal playing field. I would love to spend the day with them pranking people, wouldn’t you?~😜