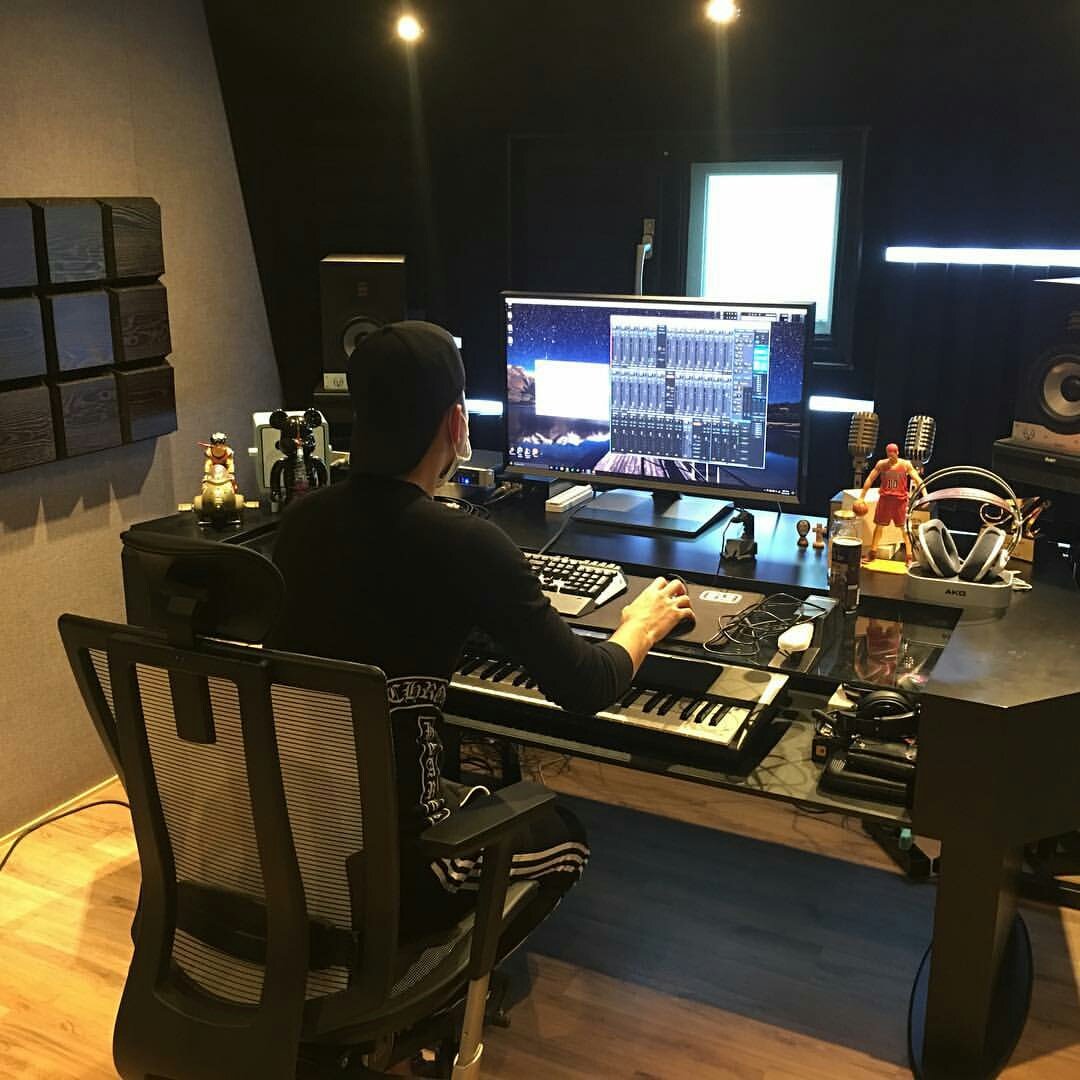 Today may be G.O’s 519th day of military service, but it is also the one year anniversary of his recording studio. Yes, one year ago today we all discovered that G.O created a space ~ no, more like a gorgeous sanctuary to create, compose, write and record music. If you recall, the night before he left for training camp, G.O opened a chat room in MBLAQ’s Daum Cafe wherein he mentioned that after two year’s time he was not sure he would return as a singer. News of his recording studio may not have be the convincing factor that he would return as a singer, but it made one thing perfectly clear to me: G.O’s passion for music was solidly intact. And, with his many survival reports since he has powered up his studio, it is clear G.O spends a great deal of time in it nurturing his creativity. Not yet fully settled in, it was still a thrill to see G.O at the controls, breaking in and getting acquainted with his new equipment. Honestly, I cannot imagine the excitement he must have felt watching it all come together and then actually sitting down to explore. True he is no stranger to the recording studio. He has been in a booth, or behind the sound board and/or mic for a good ten years or more. But when it is your own, it has to be extra special. Apart from the equipment (which is very impressive), I simply love the wooden frame curio he has hanging on the wall to showcase his collection of miniatures. It is whimsically artistic and tastefully adorable. Oh, and that Shelford Channel must be a prized piece of equipment as G.O updated his Instagram with this picture sharing his excitement of ‘finally‘ receiving it. It seems everything is falling neatly into place for an impressive comeback of some kind when G.O completes his service. I admit I am hoping a full length solo album is in the works. Then again, I am not greedy and would settle for anything he is prepared to share when he returns.