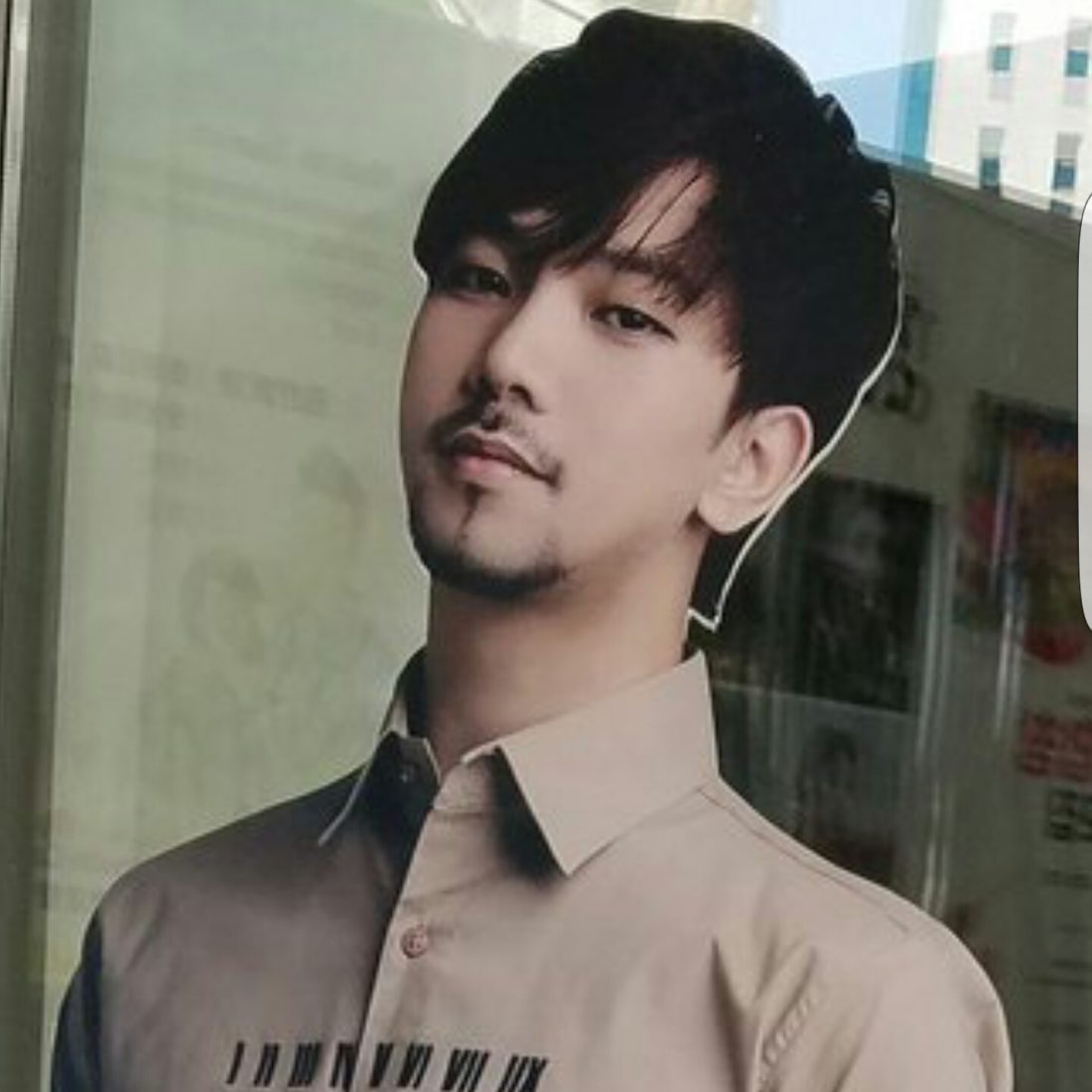 So I went to Seoul. I was there for three weeks. It was perfect, magical even. And I did not even see my bias. Well….I guess I did, kind of. It was in his cardboard cut-out likeness at the Seocho Tourist Information Center. I admit, I was worried I would run into the real one as I was staying in Seocho, and very near to the Seocho City office. But, we managed to keep out of each other’s eyesight and he continued to quietly serve and that was totally cool. But….like many before me, I saw him indirectly, and a couple of times. I arrived into Seoul in the early evening hours of Tuesday, 4 October but really wanted to see my favorite main vocal man. He was done working for the night and was safely inside the office taking some rest. I could not resist capturing a picture nonetheless.

The next time I saw our precious music man was when I attempted to sing along with him at a Seocho noraebang. Total fail, but it was my first Korean noraebang experience. The street where the apartment was where I stayed during this trip was a noraebang haven. The noraebang rating system gave me a sympathetic 98 for Be A Man and 96 Mona Lisa. I think it was being overly generous. I suspect I was not even close to 50, but hey….I will take it! Perhaps those high scores were a suggestion to continue trying…lol!

I took a couple of walks through Gangnam over the course of my stay and always took the time to pass by G.O’s gorgeous replicant! He always had that sweet, dreamy look like he was happy to see me too…lol! I suspect the life-size cut-out of our darling main vocal will remain outside the center throughout the course of his service So if you are in Seoul and you want to visit him yourself, take the number 2 (green) or Shinbungdan (red) metro lines to the Gangnam Station, Exit 9. When you emerge from the subway, take an immediate right. On the left you will see a Starbucks. The Seocho Tourist Information Center is directly across from it. You can’t miss it . . . and you won’t be able to miss Mr. Handsome!