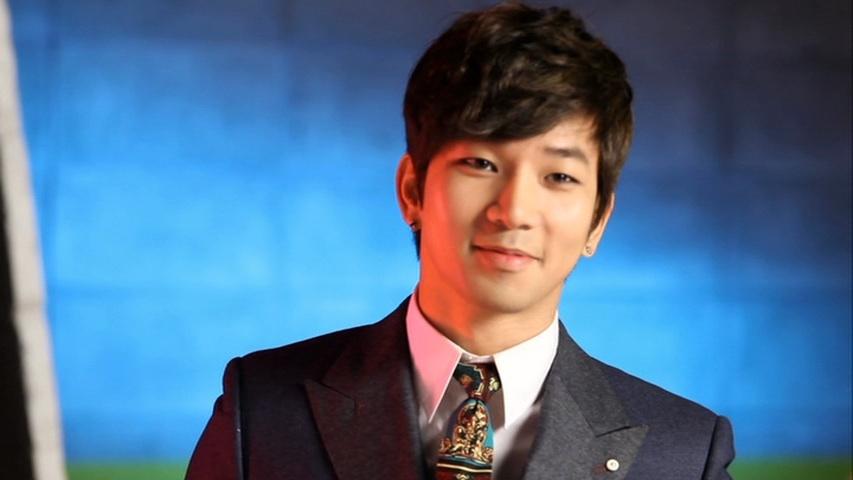 The last two weeks have been an emotional roller coaster of sorts for A+ with news swirling around about the fate and future of MBLAQ. Unauthorized (seemingly so) releases of information stating that Lee Joon (Lee Chang Sun) and Thunder (Park Sang Hyun) were not renewing their respective contracts with J Tune and, in essence, leaving the group, had fans across the globe held in disbelief that this could be happening to our beloved MBLAQ. Grief and sadness flooded social media. How could this be happening….and just two short days prior to MBLAQ’s 5th anniversary. 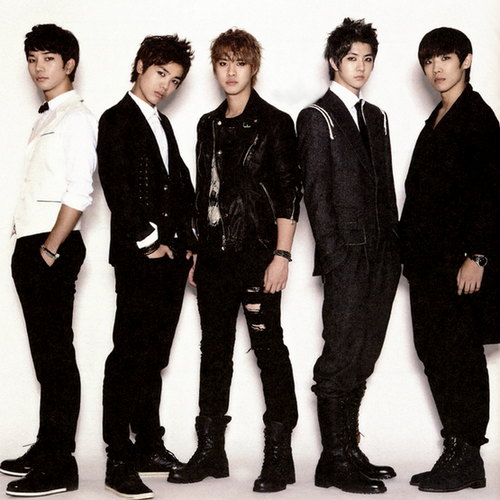 Hours turned to days….and still there was no word. There was no confirmation. The silence was deafening. Anxieties were high. Would the upcoming concerts in Seoul be the last we would see of the five of them together? Would they disband? Would Seung Ho, G.O and Mir carry on as a trio? Would any of them retain their association with J Tune? So many questions, no real answers.

With the mystery of their future still uncertain and no official statements made by the men themselves, a ray of hope happened upon us on the evening of October 25th when, at around 7:47 PM KST, my bias brought ease to us all when he tweeted: 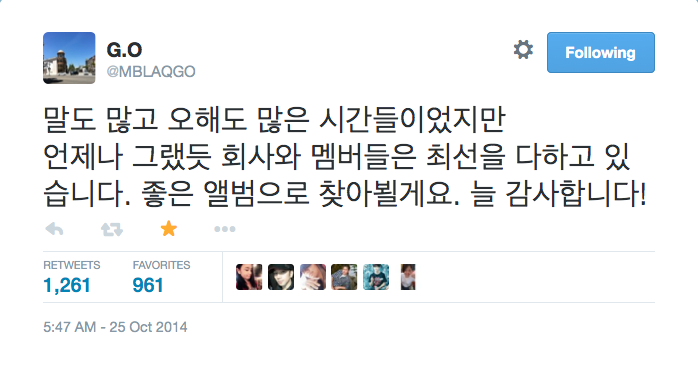 Though there’s much to say and there had been many misunderstandings, the company and the members have been doing our very best. We’ll see each other again through a good album. Forever thankful!

If I have said it once, I have said it a thousand times about this man….his concern, care, respect, graciousness, and love for his fans has no match. In that his initial tweets regarding the news leaking of Joon & Thunder’s departure were filled with emotion and disappointment, they were not tweets directed at Joon and Thunder, in my opinion. To me, they were tweets voicing his disappointment over the release of unauthorized information, and not necessarily the content of that information.

I have not been a fan of G.O’s for very long. However, in the short time of being his fan, I have learned one very important thing about him: His honesty. His honesty and his refusal to do, think, or say anything that which is not in his heart. I don’t know about you, but I have not known too many people like this in my life. I admire him so much for living his life as honestly as he does, for not making any apologies for doing so, and for doing it so openly. Most of us hide behind masks and fabricated personas often times afraid to be who we really are. Not Byung Hee. This is why he has earned so much respect and trust from his MBLAQ brothers, to his contemporaries, colleagues and fans, alike.

With this latest tweet, I have a renewed hope for the future of MBLAQ. Like G.O said, there is much to say – I know in time we will know everything, and we will know when they themselves feel it is the right time to tell us. Be patient. 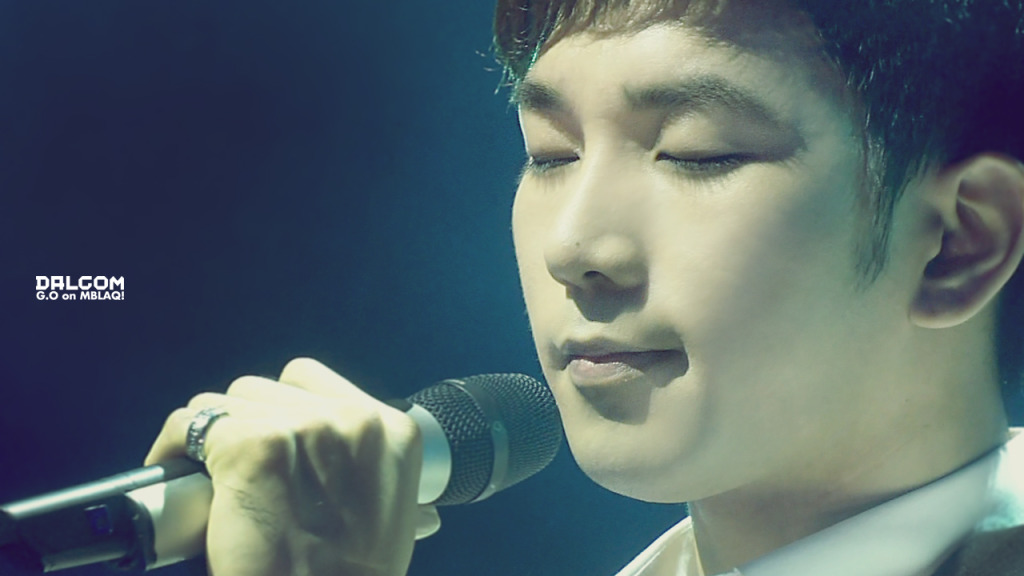 [Image credit as tagged or property of their respective owners. Translation cr. MBLAQAttack]

4 thoughts on “When Your Bias Tweets and Quiets the Storm”