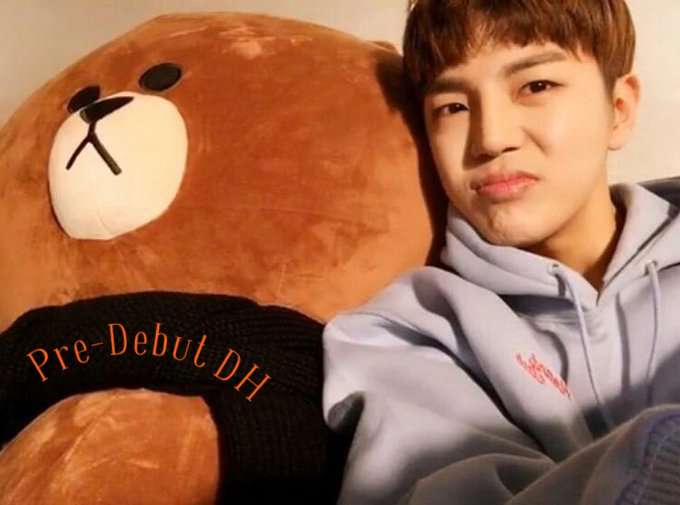 Wow…..the long road continues to shorten! When we started this journey at 638 days and counting, getting into the 100’s seemed like a distant dream. True, time marches on without hesitation or break, but I think we all can agree that some days seem to just drag out longer than others. And that can be frustrating while waiting for an end point. The ‘are we there yet’ rings louder when we are so close and yet still so far. Hopefully, this little series has helped keep the journey somewhat entertaining. So what little tidbit do I have to share to celebrate Donghun having less than 200 days remaining in his service? Well. This one blew my mind. I did not know pre-debut Donghun shared the stage with my beloved GOT7. But HE DID! And, it was by way of a little mystery music game show called I Can See Your Voice [너의 목소리가 보여]. 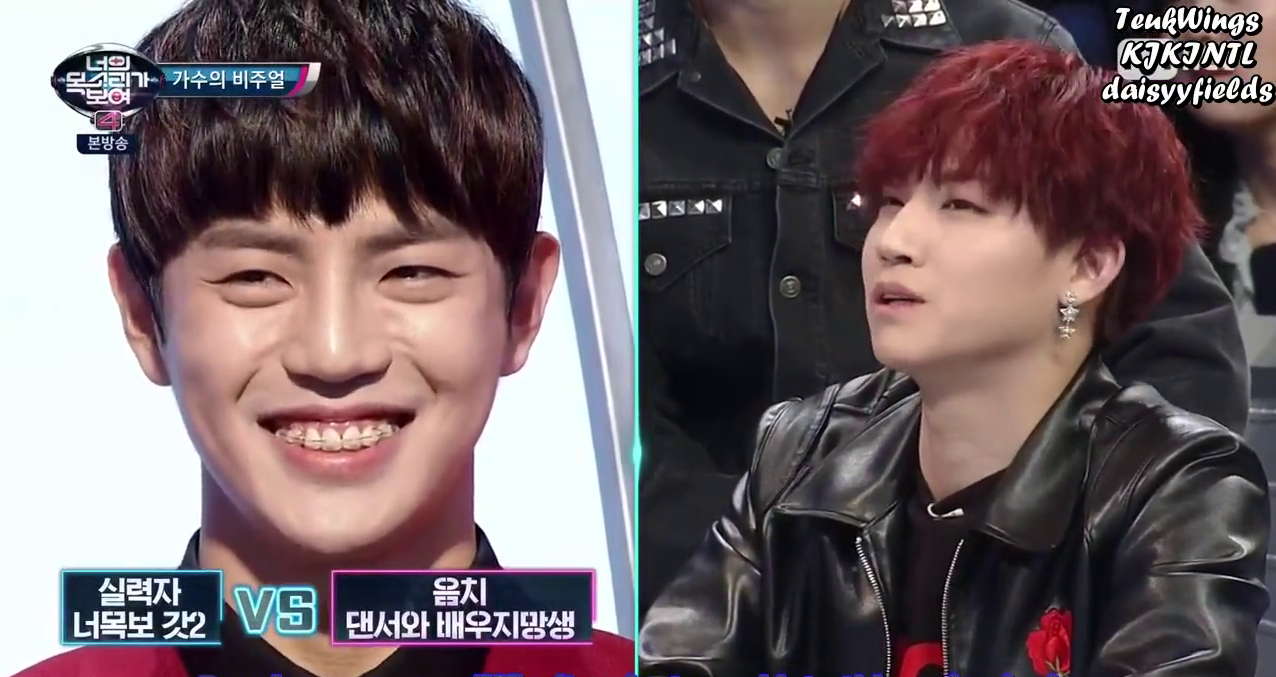 How did cutie DH land on I Can See Your Voice?!! What planets were aligned that placed him in that particular episode (Season 4/Episode 4) where GOT7 were the celebrity guests?!! And, what exactly is the premise behind this popular game show? From Wikipedia, the format of the show is as follows:

Each episode presents the guest artist six people whose identities and singing voices are kept concealed until they are eliminated to perform on the “stage of truth” or remain in the end to perform the final duet.

In mystery singers forming group if one person of the group is the bad singer, entire group is bad singer regardless other people’s singing ability.

The guest artist can converse and ask questions of one of the remaining mystery singers. As before, good singers must answer truthfully, while bad singers might lie.

A proof of each mystery singer’s singing ability (i.e. photo, video, certificates, etc.) is shown on the screen. Good singers have own evidences, while bad singers had their evidences fabricated.

Yes, it sounds like a convoluted mess – but it is actually very entertaining and makes more sense viewing than on paper! And with the likes of GOT7 as the guest charged with figuring out whether the contestants presented are legit or fake singers, it was bound to be riddled with hijinks from our chaotic seven. 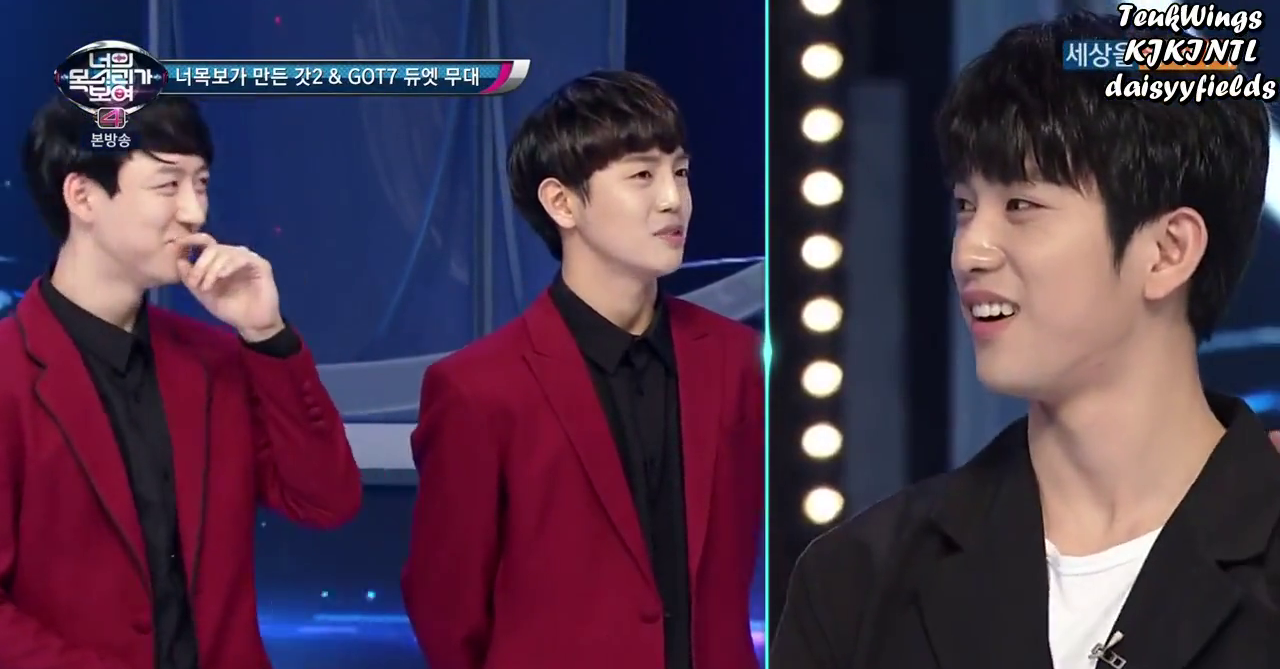 Donghun was paired with Shim Gyuhyuk, a vocalist and dancer, who shared the stage with the likes of BTS as a back up dancer. So, our pair was LEGIT – but would GOT7 be able to disseminate the truth? With barely a full group consensus, they decided that Donghun and Gyuhyuk were real skilled singers but then had to hope they made the right decision when the two had to join the group in a performance of If You Do. The moment of truth, gentlemen!!!

VICTORY!!! Omg, I LOVE IT! Yes, Donghun performing with my beloved GOT7. All is right in the world. This episode aired on March 23, 2017 – it was the 4th episode of Season 4 but was the FIRST win of the season for the celebrity guest. Of course GOT7 figured it out, right?!! >.< 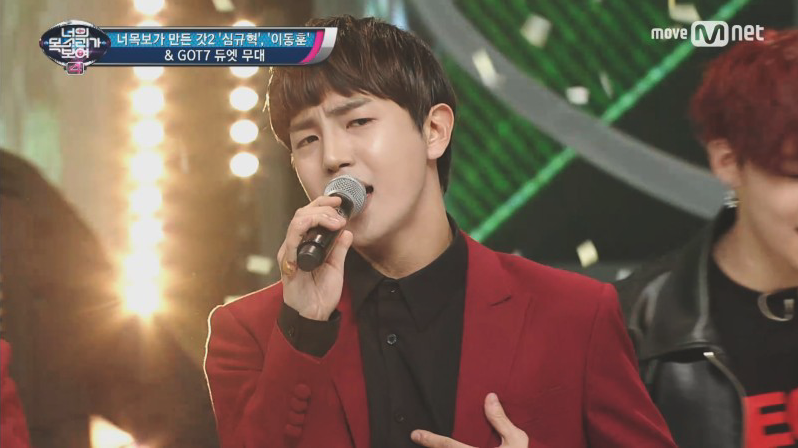 The winning contestants were apparently given the opportunity to release a digital single but in searching I could find nothing. I did however find a recording of Donghun and Shim Gyuhyuk’s cover of G7’s If You Do. Perhaps this was the digital single release as according to the uploader of video, it was available on Korean music streaming site, Melon.

An idol’s path is paved with many different experiences and Donghun has been through quite a few. Shortly following his appearance on I Can See Your Voice, he and his A.C.E brothers debuted. It was, in fact, exactly two months following the Episode 4 broadcast. I don’t know, but sometimes I feel there is a synchronicity to things that we will never know or understand. I guess there are some things that indeed are written in the stars. 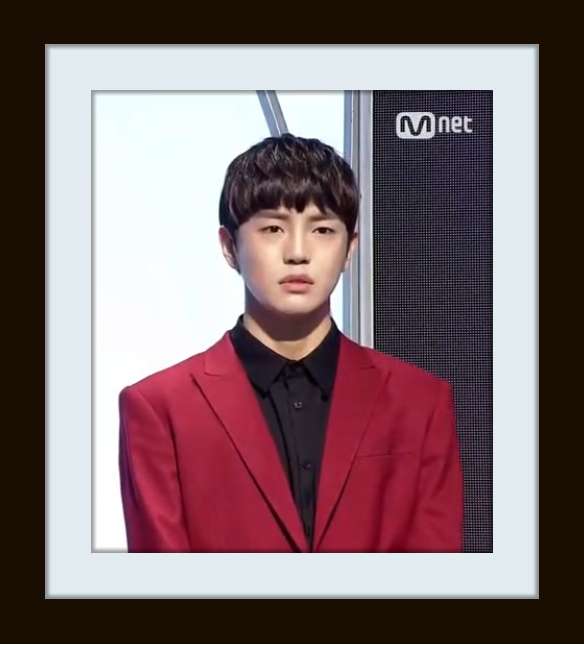