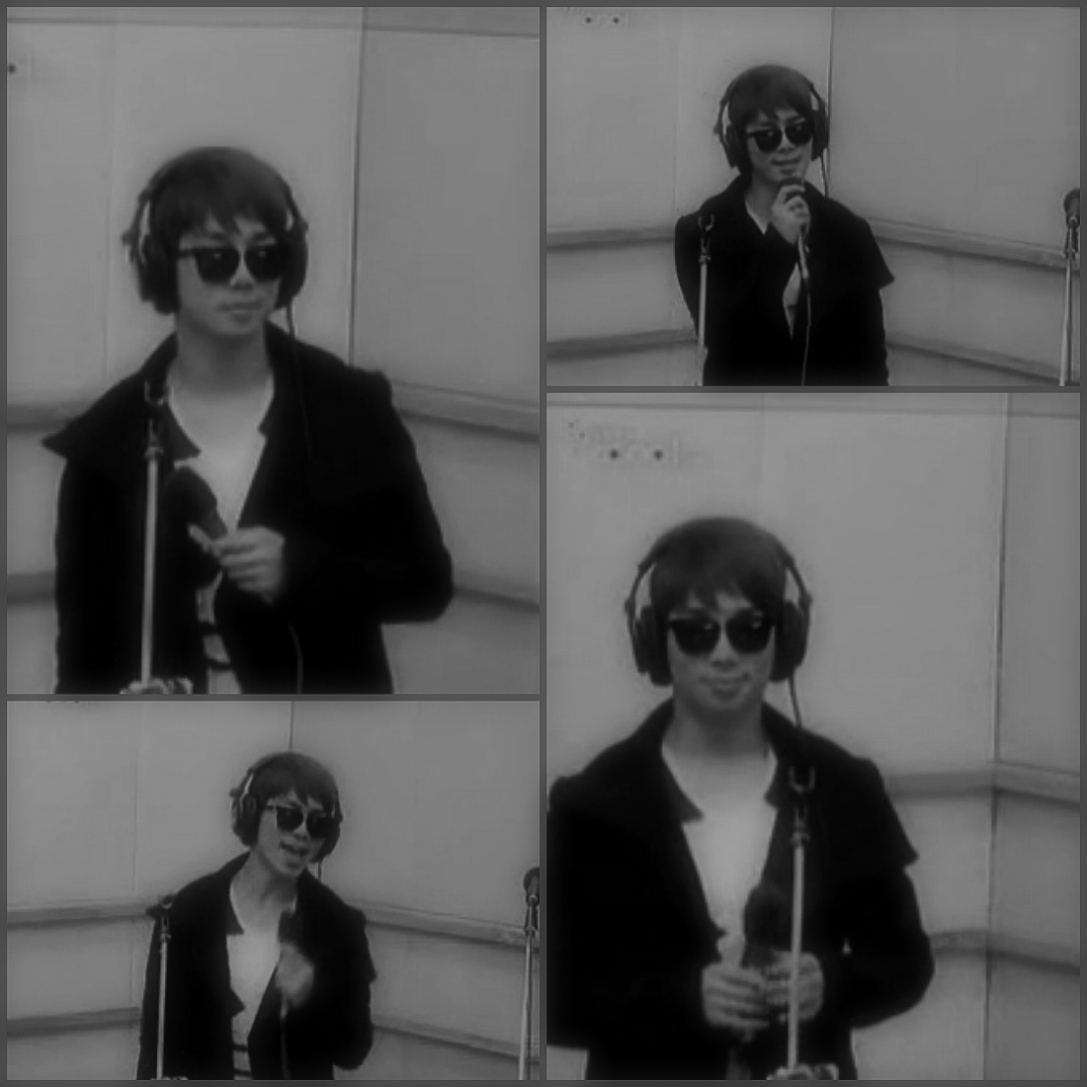 I know that any time we are particularly missing the sounds of G.O’s beautiful voice, we only need open up our music apps (or pop a CD into the player) and choose from one of the many MBLAQ, Tykeys and/or his solo songs in our libraries to soothe that yearning. But every so often it is nice to detour from those libraries to get lost in an old impromptu radio broadcast performance, a cover song that perhaps holds deep meaning for him, or one he simply loves to sing. Kim Kwang Seok’s 사랑했지만 [Though I Loved You] might be one of those songs. A lovely melody. The poetic lyrics. The big notes. Yes, a perfect match for our tender main vocal. Back on 9 March 2011, MBLAQ visited the KBS Cool FM radio studio and along with sharing a couple of songs from their recently released Blaq Style album, G.O also sang Kim Kwang Seok’s touching 사랑했지만 [Though I Loved You]. Kim Kwang Seok was a very well-known folk rock singer from the late 1980’s and early 90’s who passed away in 1996 at the age of 32. I came across a British blogger who, after purchasing one of Kwang Seok’s albums (a best collection), wrote this:

“The majority of the songs are acoustic guitar and his distinctive clear vocals, full of sadness and thought, seemingly simple declarations carry so much meaning. I may not be able to understand Korean, but the emotion in these songs needs no translating . . .”

Hmmm…sounds like something I could easily write about G.O, right? It really makes sense to me that Kwang Seok’s music resonates with G.O. As much as G.O has a very retro R&B soul, it is clear that many genres of music speak to him. While music and melody create the vibration that reaches into us, it is often the lyrics that have the power to move us, especially when sung with pure honesty and emotion.

The lyrics coupled with G.O’s voice are overwhelmingly beautiful.

Sometimes it really gets me sad, tearfully so, thinking that these bittersweet and heartbreaking songs resonate with G.O so very much because he has experienced the bittersweet in life, as well as heartbreak. And I am sure he has (and perhaps more than once) for when he sings these songs, his honesty convinces me so.