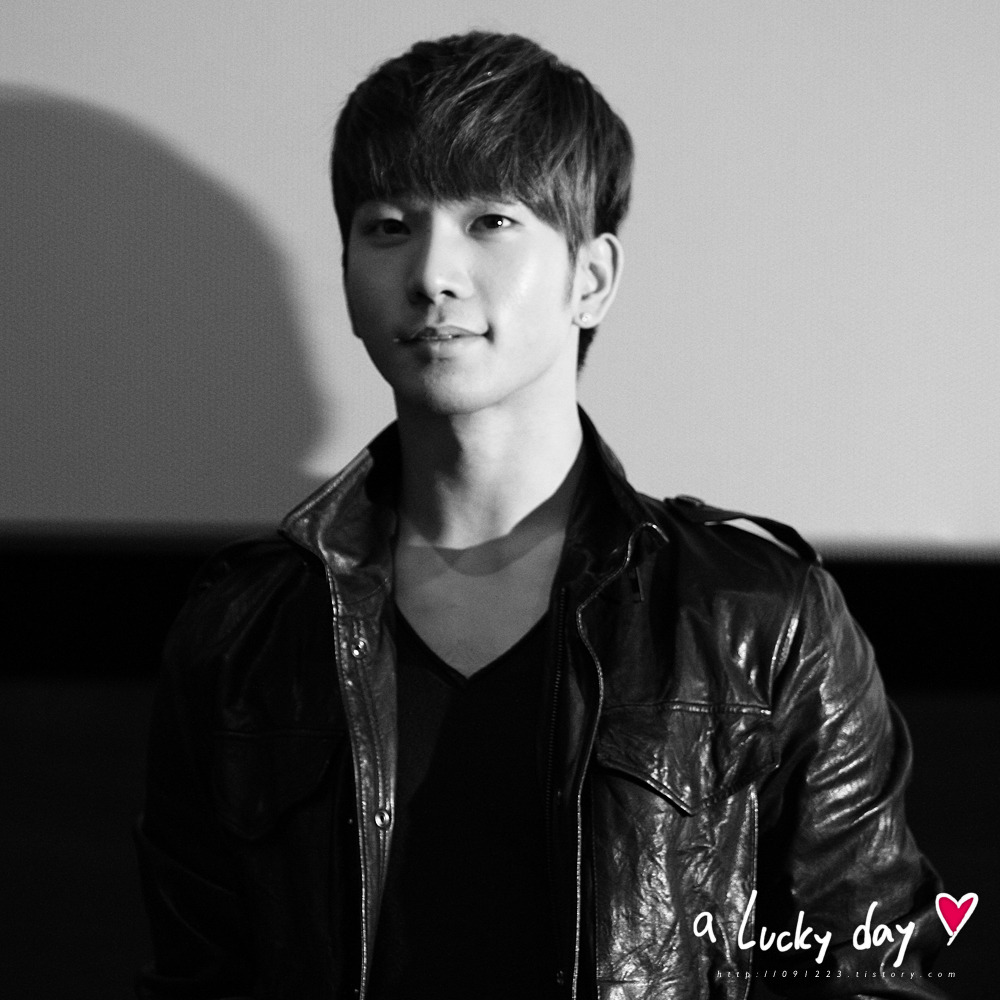 The tragic story of William Shakespeare’s Romeo & Juliet is timeless. Adapted in so many ways over the years since it first graced 16th century playhouses to the present, it seems everyone knows the story of the two ill-fated teenage lovers. It is my all time favorite Shakespearean play and I love it in every form, and that may even include a cheeky playful animated version with garden gnomes! This post should probably be all about Lee Joon as he was the one who voiced the animated gnome, Gnomeo, in the Korean version of Disney’s Gnomeo & Juliet. But….I only have eyes for one particular romeo who was in attendance at the special premiere of the film back in April 2011. There is something about black leather wrapped around a soft black cotton v-neck t-shirt that spills romance all over an auditorium when the keeper of that ensemble is found in the quietly attractive and masculine stillness that is G.O.

He is rather perfect, isn’t he?

If I were to cast a musical version of Romeo & Juliet (or even a film version, made for tv version, any version), I would not hesitate putting G.O in the lead role. He has the emotional depth and gentle mercurialness that would lend itself well to portray a desperate man torn by family loyalty and a love greater than he could have ever imagined. G.O in the role of Romeo would have epic written all over it.