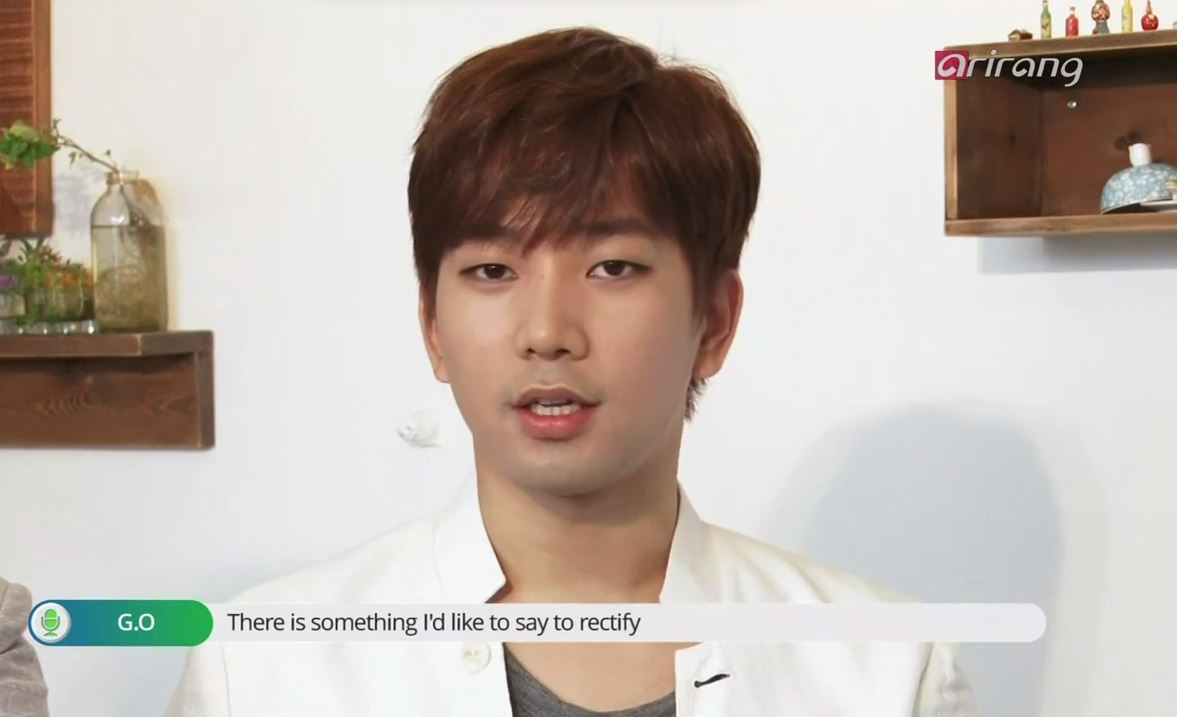 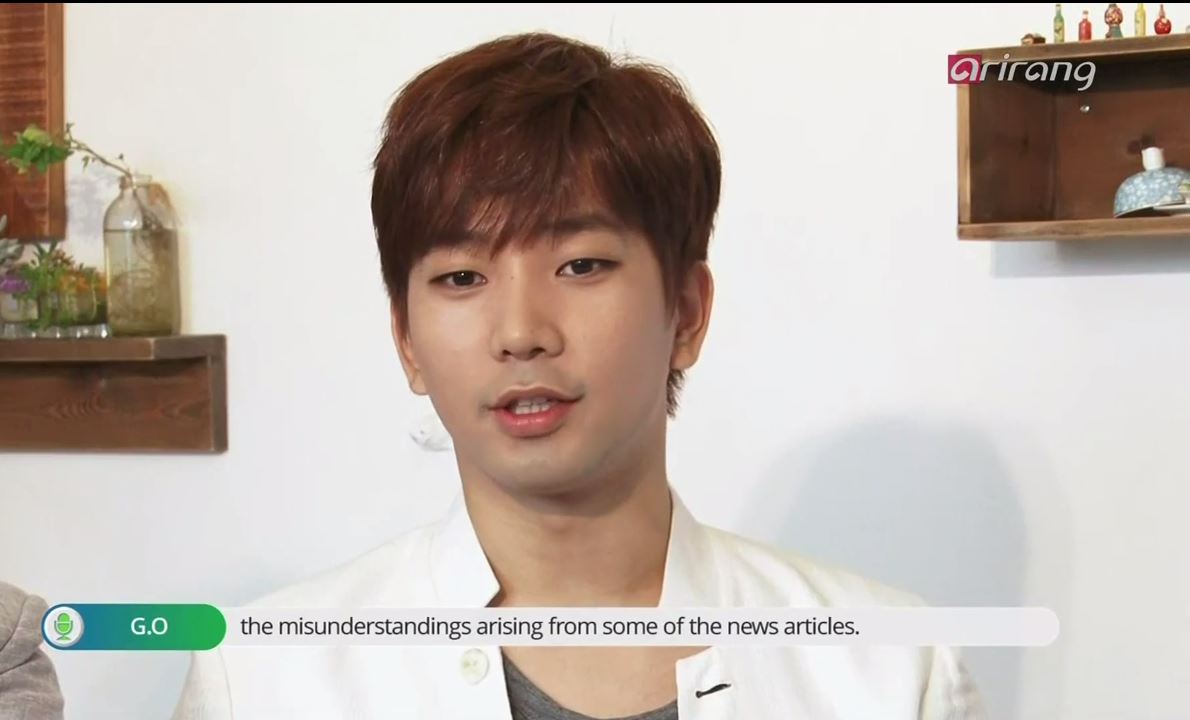 So many questions. So few answers. But, in one 10-minute excerpt on Arirang TV’s, Pops in Seoul last week, my articulate and intelligent bias finally brings some closure regarding the departure of Lee Joon and Cheondung from MBLAQ, and also manages to shamelessly plug his song on the new album. 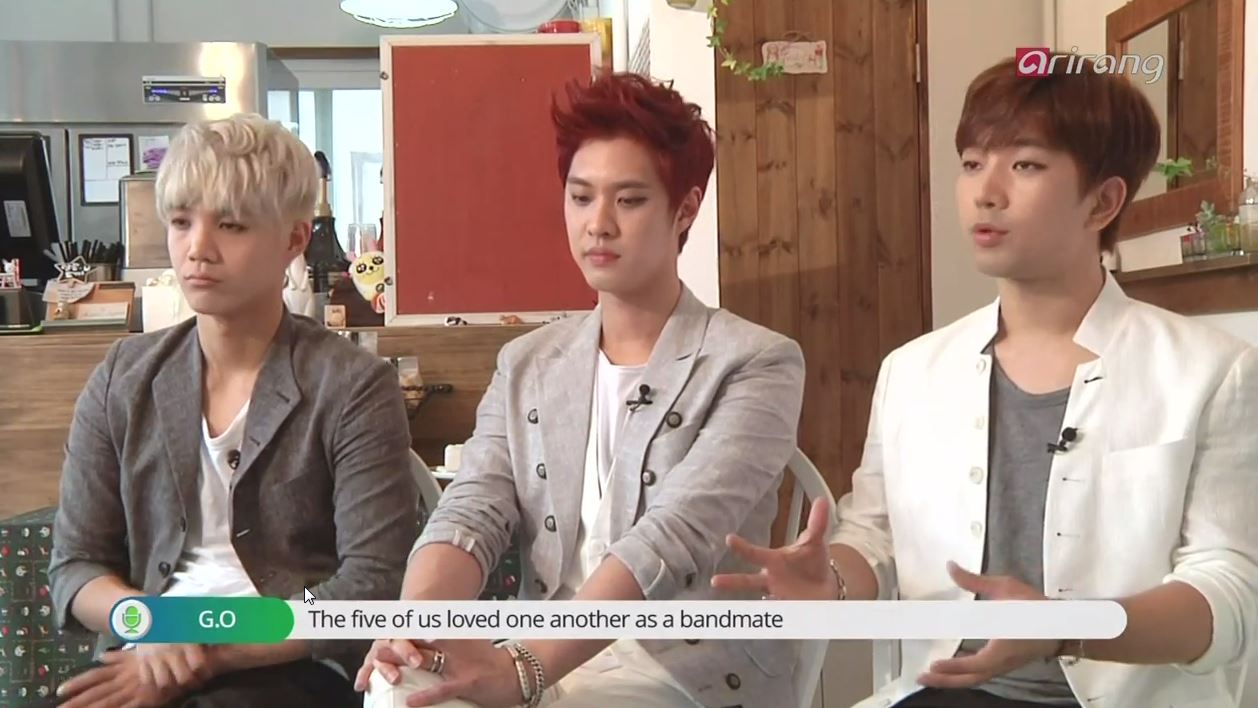 Little by little, as the men of MBLAQ made their way back to us during their recent appearance in Japan and throughout promotions for their latest album, Mirror, they have also been slowly (and tactfully) telling us, not necessarily what happened that led to the departure of Lee Joon and Cheondung, but that in the wake of it, all is truly well between them, between each other and that the future for all of them is positive and bright.

Although we may never know the ‘unavoidable reason’ G.O states took place that resulted in the split, we do know that it wasn’t because they did not love and care for each other. That G.O took the helm here to set the record straight, as it were, surprised me as he has been the most silent of the three since late last year. But I always felt that when he was ready (and comfortable) to speak of it, he would. He has been offering his thoughts sparingly throughout comeback activities. Here however, he offers a more in-depth discussion that is both eloquent and thoughtful. 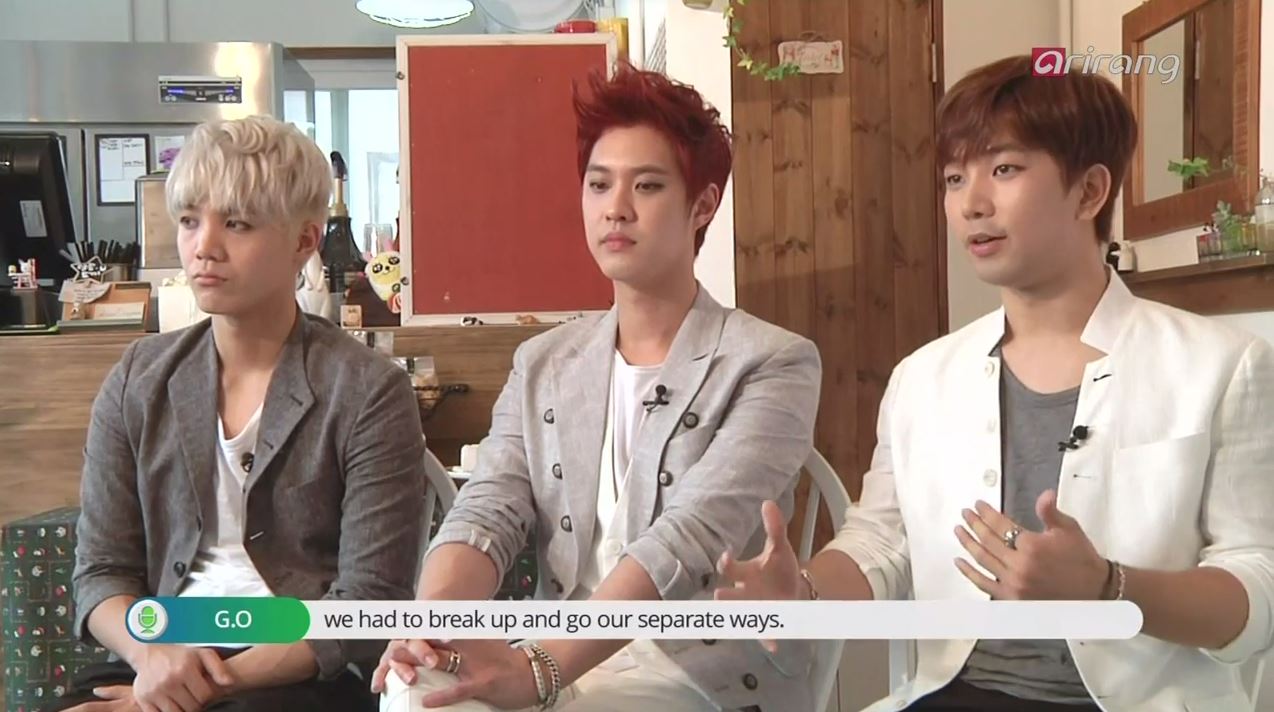 The parting of ways, he states, has produced a feeling of emptiness and loneliness they have felt daily and that, as a result, they brought those emotions to the album. As I mentioned in my post about the album, I truly believe Mirror was an exercise in healing for the three of them. It is a beautiful and cathartic journey. I am so proud of these three men, and especially so of Byung Hee.

With the serious stuff now behind them, they turned to the album itself and the songs that each would personally recommend. And while Mir chose Hey You, and Seung Ho, Tree, G.O opted to plug the song he wrote for the album, I Know U Want Me. Straight-faced, yet filled with indomitable charm, he apologizes for recommending his song simply to garner royalties (hehehehe) but then is quick to say it is a good song because it is funky and is therefore a great summer song. I am biased, this is a fact – but, on these points I have to heartily agree. It is catchy, flirtatious and fun.

You can catch the entire MBLAQ excerpt here:

On one final note, according to G.O, all of the instrumental accompaniments on Mirror are set in place to introduce their vocal counterparts, much like a musical. I absolutely LOVE that G.O has ‘musical’ on his mind. I can only hope this means a couple of things: (1) he will be cast in another musical again very soon; (2) write and compose one of his own or (3) BOTH! I strongly encourage #3.^^

One thought on “When Your Bias Sets The Record Straight”