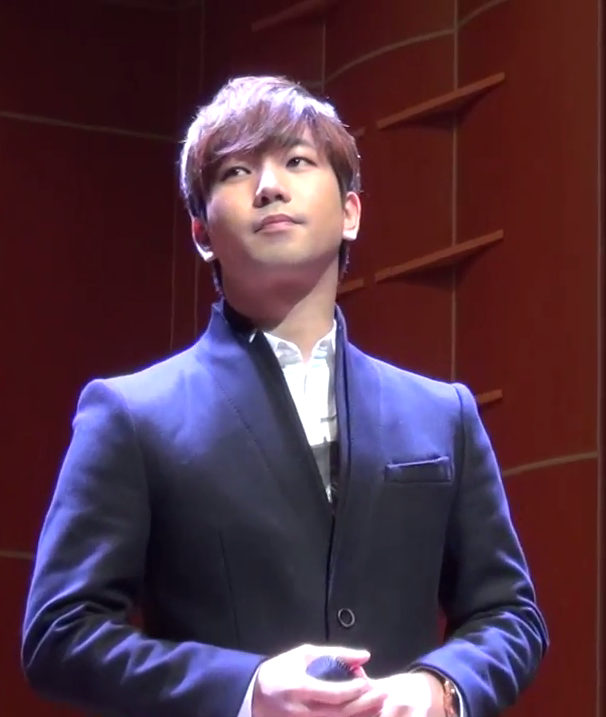 On January 16, 2015, G.O had his first stage of the new year and it was a delicate reminder of how truly gifted he is as a vocalist. The Gimhae Arts & Sports Center held its Big Happy Concert on the evening of the 16th, and invited G.O to perform. Fans of this amazing man were indeed hungry to see him even though the effects of the two Curtain Call shows in late November had not yet worn off. You see, once he throws out the line to reel you in and captures your heart and soul, you simply have to surrender to the ever-present urge to want to see him over and over. Trust me, this is a fact. This first stage was special not only for us, but even more so for him. 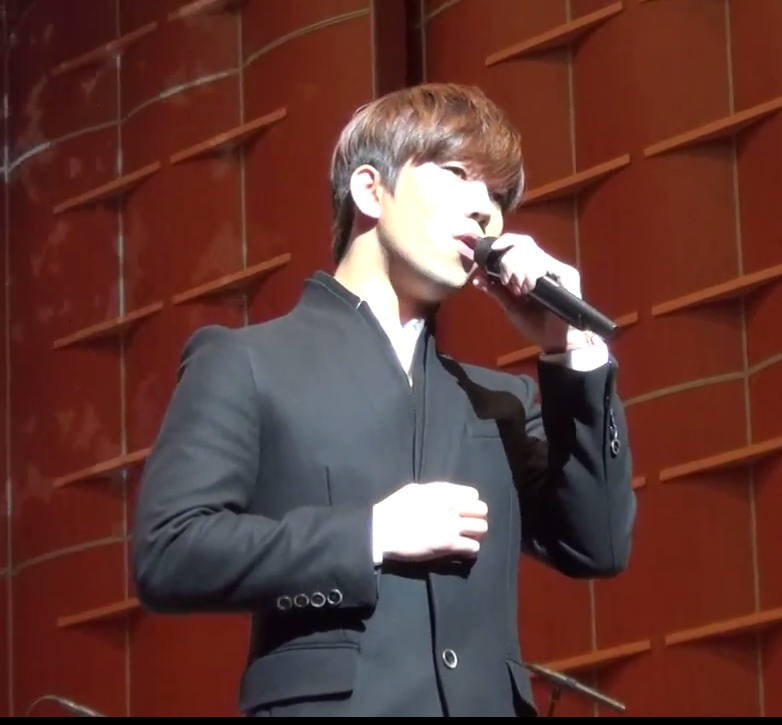 Gimhae is situated about 311km southeast of Seoul and happens to be very near to Changwon, the birthplace of our superstar vocalist. Gimhae is also the home of his family who have now been living there for the past ten years. Going home feels good. Being surrounded by family, even better. To be able to have his first stage of the new year with his family close by had to have been extra special, and soothing. It was one month ago that the official announcement came regarding Lee Joon and Cheondung’s departure from MBLAQ.

Though none of us know how G.O truly feels about this nor can we even begin to speculate on such, I have to think that he is going through a time of healing and contemplation regarding the course of the group as well as his own career. And, I would further surmise that stepping on a stage and doing what he is born to do is certainly a way in which he can find direction, and more importantly, solace. 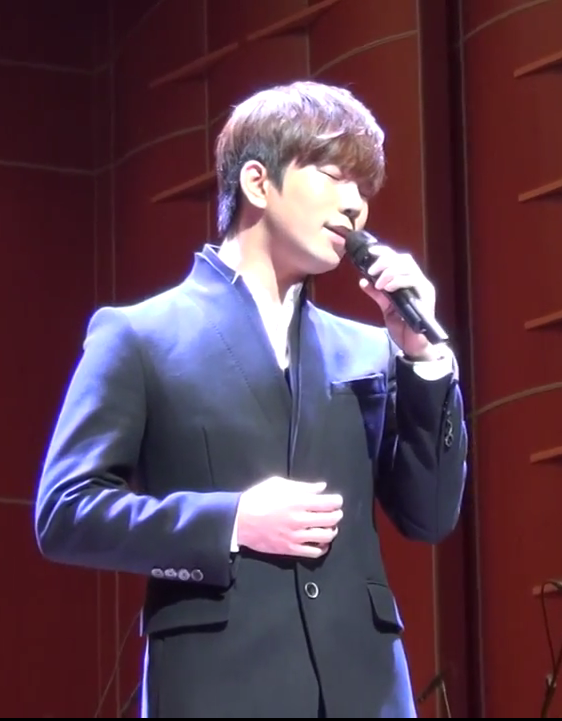 Solace. Yes, I believe G.O finds solace in music. It is, I would venture to say, a best friend. It is always there for him. It is his constant companion. And when I think he is unable to say what he is feeling, he tells us through song. I always said he was a master at the art of interpretation when it comes to music. Whatever he sings, he makes it his own.

In Gimhae, he chose Skylark’s lush ballad, Wildflower, a song that was written and recorded well before he was even born. He has performed this one live during his solo stage performances in concerts past. I was really looking forward to hearing this one mostly because I absolutely love the song in and of itself, but also because he has matured and has really settled into his voice, his control, and all the nuances he himself has discovered in his own ability to interpret a song. And what is even better, he was backed by an orchestra.

And from another angle… 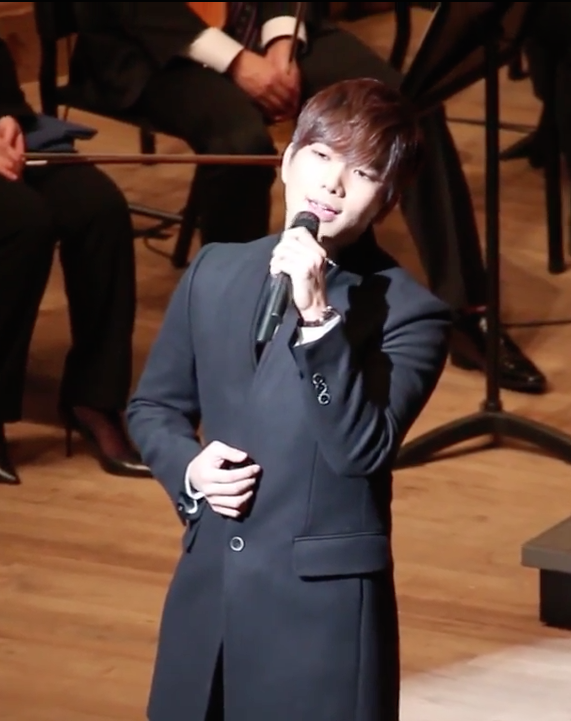 For his final selection, G.O chose his second solo digital single, Play That Song. This song!!! The easy gentle vibe of this song is like a warm summer breeze. It’s relaxing. It’s inviting. His collaboration with Korean pianist Yiruma, yielded a smooth R&B retro feel which proves to be a perfect fit with G.O’s equally smooth voice. G.O has incredible range in that voice of his, and in Play That Song, you really get to experience it.

And, from another angle…

In addition to being so incredibly talented, he is equally humble and gracious. He mentioned in his talk prior to singing that it was the new year and this, his first stage. He said that it was honor to be doing his first stage at home and said ‘thank you for creating such a stage.’ Awwww….THIS MAN!!! 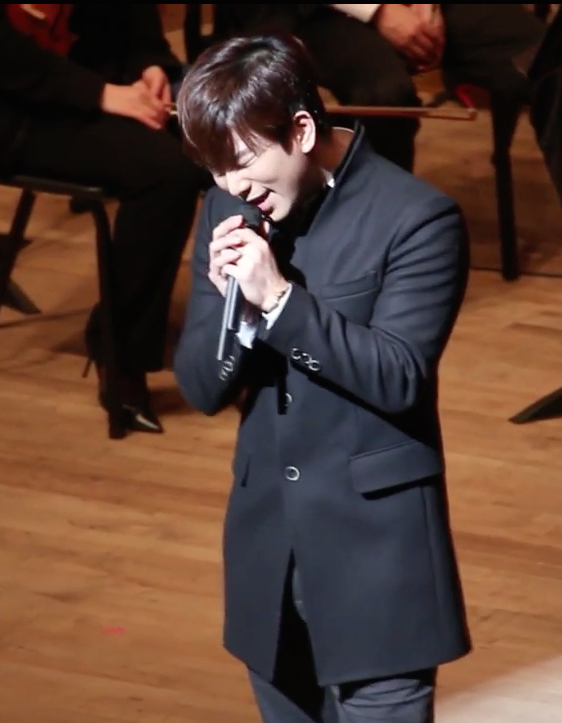 He did not get to spend too much time on that first stage and certainly left his fans in the audience yearning for more. Because he and MBLAQ have been so very silent since Curtain Call, it is hard to speculate what is next. Many of his fans are hoping for another musical (I know I am) and I am going to hold him to the promise he made way back in July at the Summer Vacation shows in Japan – he said he would do another musical in the new year. I am hopeful he will.

These moments on the Gimhae stage are the first of many more appearances for him either with MBLAQ, a musical or solo – well, that is my wish so I will state it into being!! I have faith in his best friend, music. I think she (yeah, I designate her a ‘she’)  will continue to coax him to write, to compose and most of all……to sing. You see, he loves her, and can do no less.^^

12 thoughts on “He’s A Free and Gentle Flower…”