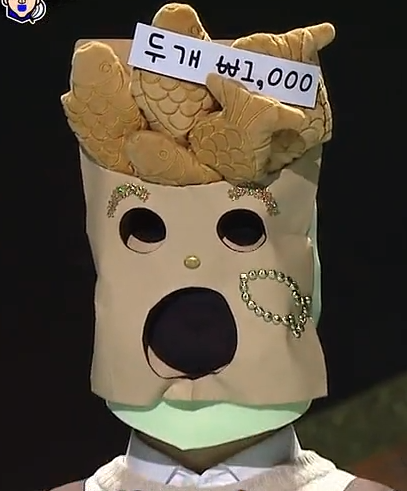 When MBLAQ’s main vocal man, G.O, recently alluded in a tweet back in November to being on television again very soon, he was not stringing us along creating false hope. In June of this year, MBLAQ made their triumphant comeback releasing their 8th mini album (their first as a trio), Mirror, and there were murmurings in the fandom at that time voicing hope (along with some gentle cajoling) that the man with the honey vocals should participate as a contestant in the music competition program King of Masked Singer.  Well, I think we all just got our wish. 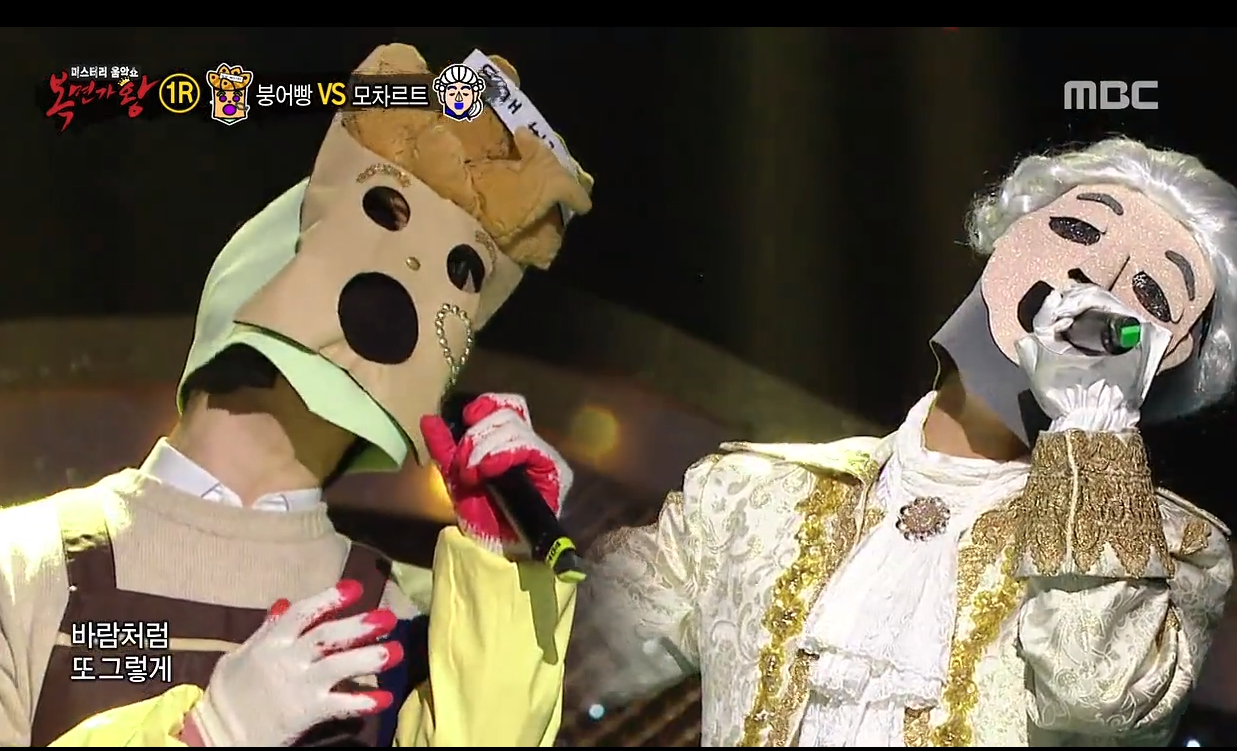 King of Masked Singer is a MBC singing competition program where “competitors are given elaborate masks to wear in order to conceal their identity, thus removing factors such as popularity, career and age that could lead to prejudiced voting. In the first round, a pair of competitors sing the same song, while in the second and third rounds they each sing a solo song. After the First Generation, the winner of the Third Round goes on to challenge the Mask King, and is either eliminated or replaces the previous Mask King through live voting. The identities of the singers are not revealed unless they have been eliminated.” [Source: Wikipedia] 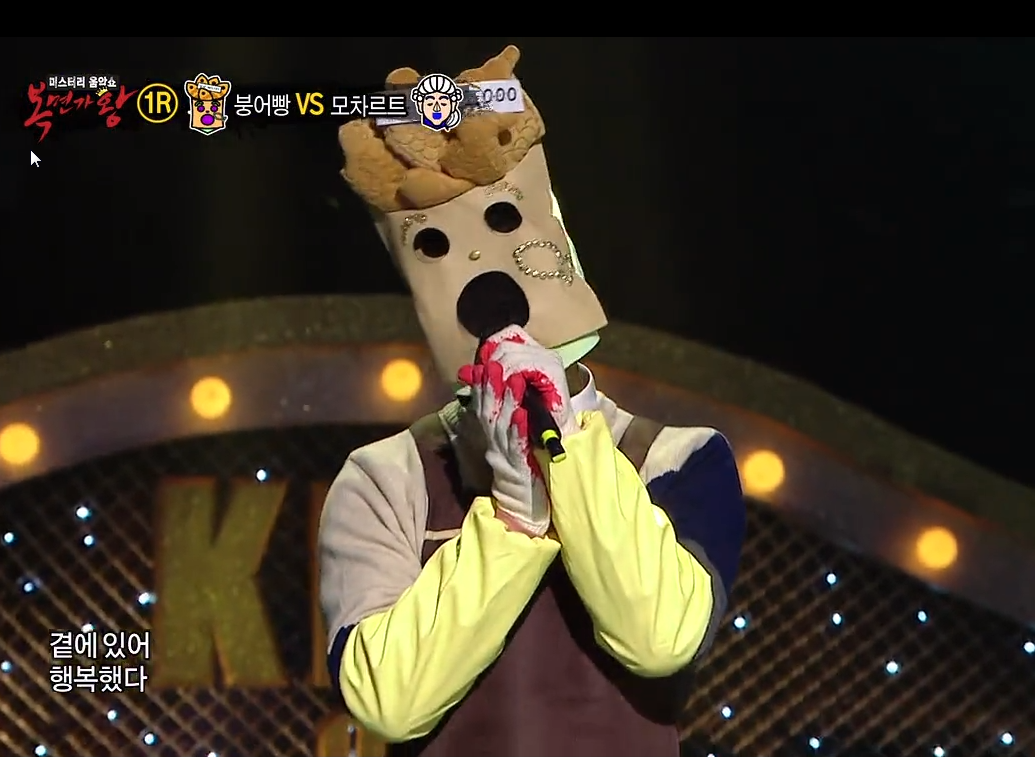 As sweet and delicious as the delicate pastry he is disguised to be.^^

On December 13, King of Masked Singer introduced two vocalists into the competition. Suspicions were very high that the one disguised as a generous bag of “붕어빵” was none other than G.O. He did well edging out “Mozart” by five points and advanced to the next level!!! 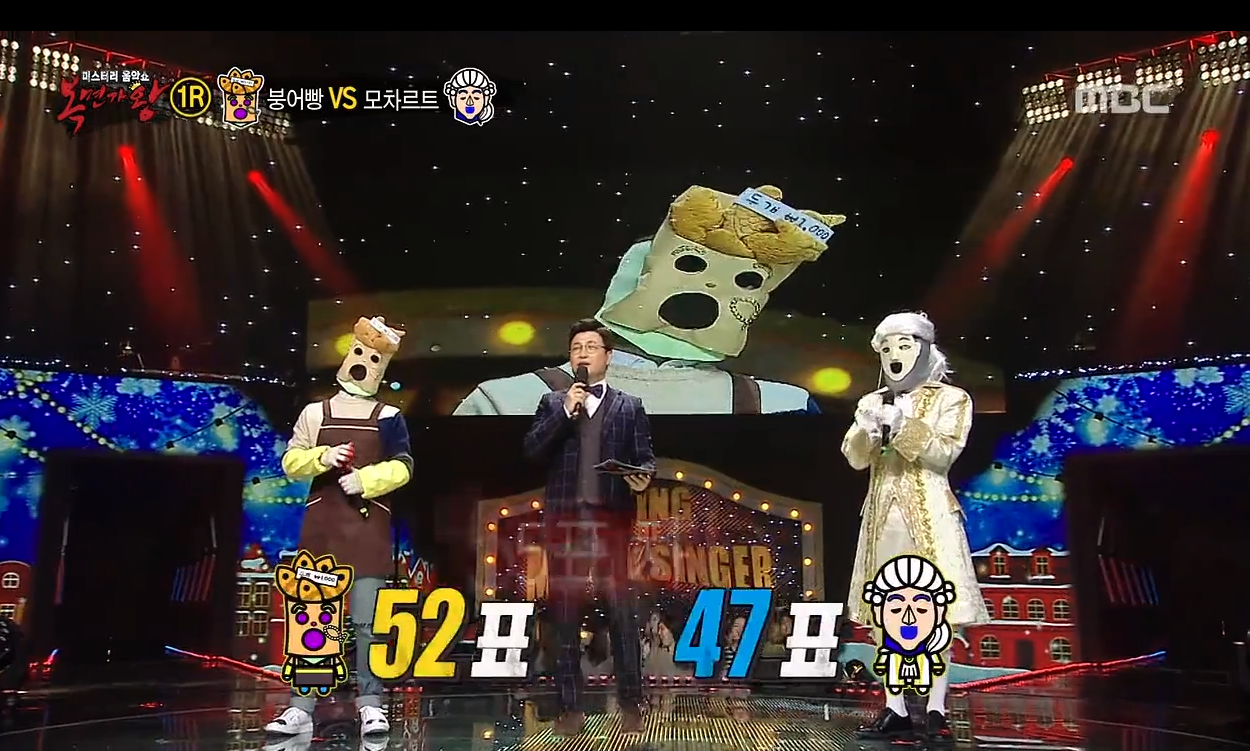 This sweet and humble music man was probably more surprised over any one else in the room when his win was announced, judging by his reaction. Really….I wish he could hear himself the way we hear (and feel) him. 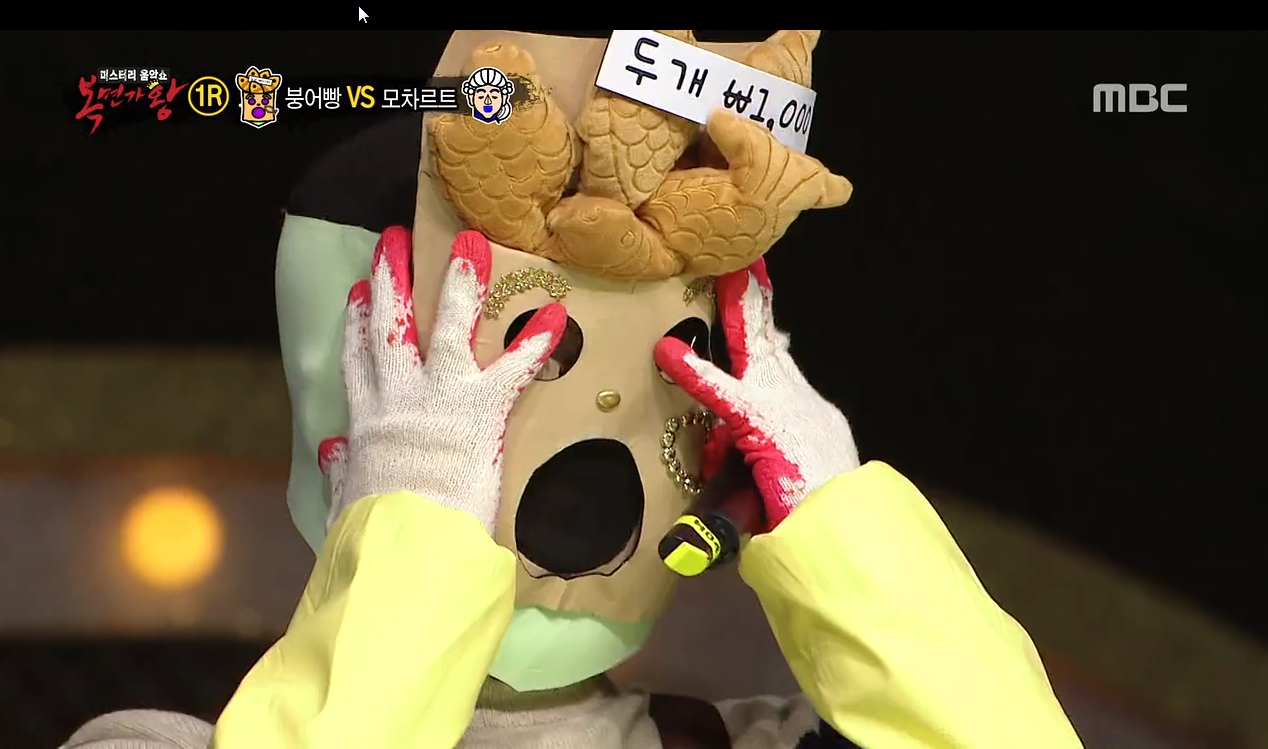 I certainly hope participation in the show ignites G.O’s competitive fires a la Immortal Song 2 and we see him continue to advance until he is rightly crowned King of Masked Singer!! I am SO proud of him for participating and cannot wait for the next round!

Here is the 14-minute (un-subbed) segment of his playfulness, performance, and subsequent announcement of his win. He is just too precious!!~♥